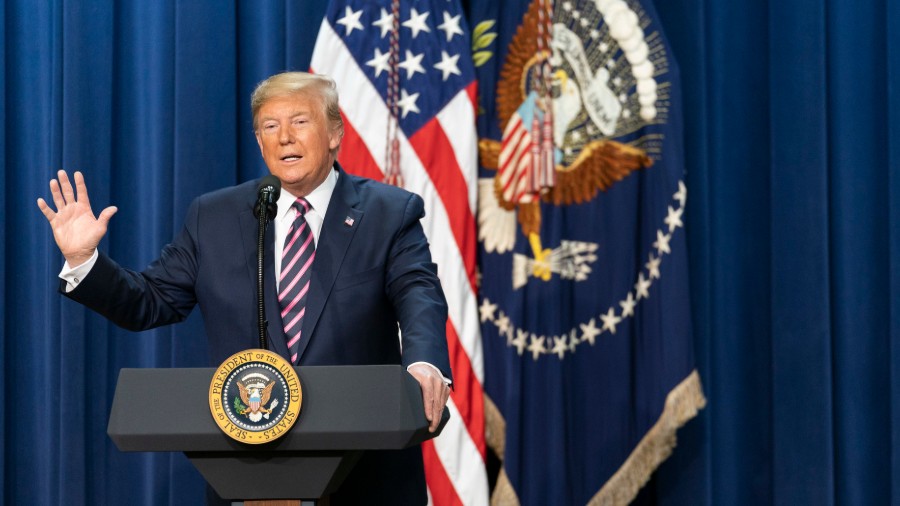 Christianity Today published an editorial Thursday by Mark Galli, editor in chief, recommending that President Trump be removed from office. Franklin Graham, whose father Billy Graham founded CT, responded swiftly to the article, which invoked Graham’s name in support of its views. He revealed for the first time that his late father had voted for Trump, and called CT’s editorial a “totally partisan attack” and “unfathomable.”

CT has taken sides with Democrats over the impeachment of President Trump. Galli claimed that the publication normally would refrain from publishing an opinion about anything political. “The typical CT approach is to stay above the fray and allow Christians with different political convictions to make their arguments in the public square, to encourage all to pursue justice according to their convictions and treat their political opposition as charitably as possible.” However, he said, the impeachment of Trump “requires comment.”

While granting that the president was not allowed to have a voice in the House hearings, Galli still sided with the Democrats. He claimed — even though the president has consistently denied — that “the facts in this instance are unambiguous: The president of the United States attempted to use his political power to coerce a foreign leader to harass and discredit one of the president’s political opponents. That is not only a violation of the Constitution; more importantly, it is profoundly immoral.”

Franklin Graham published his response on Facebook, saying his late father would be very disappointed in Christianity Today’s stand on the subject.

“I have not previously shared who my father voted for in the past election, but because of this article, I feel it is necessary to share it now. My father knew Donald Trump, he believed in Donald Trump, and he voted for Donald Trump,” Graham revealed. “He believed that Donald J. Trump was the man for this hour in history for our nation.”

Graham went on to say:

.@CTMagazine released an editorial saying @POTUS Trump should be removed from office & they invoked my father’s name, so I felt I should respond. Yes, @BillyGraham founded Christianity Today; but no, he would not agree w/ their piece. He’d be disappointed. https://t.co/XO5Fj0hxnc

President Trump acknowledged the editorial Friday morning with a tweet bashing the magazine. “A far left magazine, or very ‘progressive,’ as some would call it, which has been doing poorly and hasn’t been involved with the Billy Graham family for many years, Christianity Today, knows nothing about reading a perfect transcript of a routine phone call and would rather have a Radical Left nonbeliever, who wants to take your religion & your guns, than Donald Trump as your President,” he said. “No President has done more for the Evangelical community, and it’s not even close. You’ll not get anything from those Dems on stage. I won’t be reading [CT] again!”

A far left magazine, or very “progressive,” as some would call it, which has been doing poorly and hasn’t been involved with the Billy Graham family for many years, Christianity Today, knows nothing about reading a perfect transcript of a routine phone call and would rather…..

How We Conduct Ourselves

Michael Brown, a senior contributor to The Stream, wrote an article in response to CT’s editorial. He first acknowledges that Galli’s words needed to be said. The views of a large minority of evangelicals “needed to be spoken.” He then rebuts Galli on several points. For example, Galli asks how anyone will take Christians seriously on “anything we say about justice and righteousness” for “decades to come.” Brown responds, “The answer is that it depends on how we conduct ourselves.” He also said, “We are fooling ourselves if we think that the world will suddenly listen to us if we call for Trump’s removal. Not a chance.” Brown explains:

We simply need to be consistent when it comes to our ethics, meaning, we call balls and strikes with fairness and impartiality, and we call for ethical behavior as loudly as we call for righteous legislation. Why can’t we do both?

Brown concludes by appealing to Christians to first asking God for wisdom. Then have conversations with fellow believers and seek to understand another perspective and respectfully share one’s own. And finally, meditate on scripture. His appeal is for Christians to seek unity and to reason together in the face of sharp national division.