Christianity and the Cure for Our Cultural Hangover 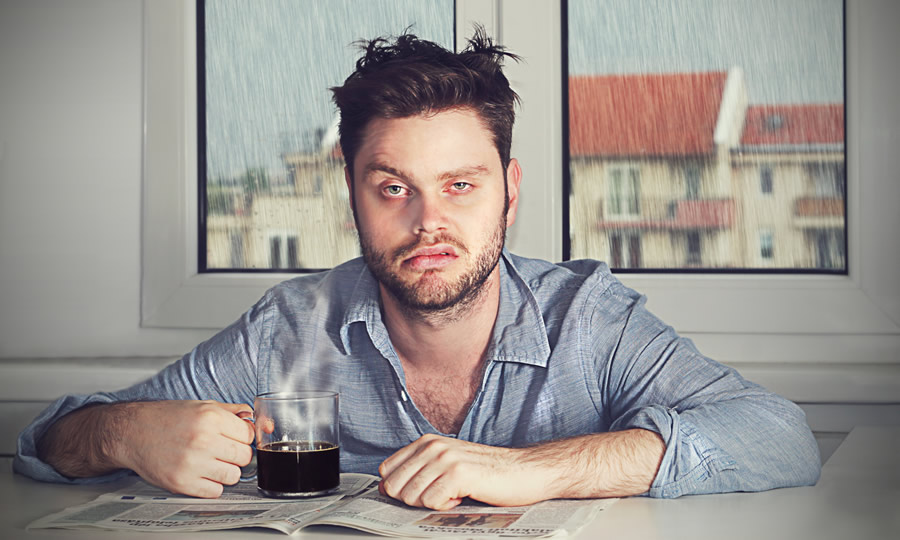 The invited guests were extremely wealthy men whose common purpose in life was to indulge every desire. They demanded the best food, alcohol, drugs, sex, gambling, guns, cars, and anything else that could enhance their unending pursuit of happiness.

The uninvited guests were Father Brown, G.K. Chesterton’s sleuthing Catholic priest, and his friends Lady Felicia and Mrs. McCarthy. “The Lair of the Libertines” is part of the BBC adaptation of Chesterton’s stories.

At dinner, their hostess explains that her job is to see that every desire, no matter how base, is fulfilled for her guests, bringing them great happiness. Father Brown, as a good priest, points out that she’s jumped into a paradox. “Happiness is an unexpected gift,” he explains. “It is evasive. If we pursue it, we will never achieve it.”

“Utter nonsense!” comments one guest as he takes another bite of rich food.

“No!” insists another. “Father has a point. I’ve spent years overindulging and for what? I’m not even sure what it is to be happy.”

That is, people will ask, “For what?” and have no answer.

The Hangover of Pessimism

Fr. Schumacher cited a recent study indicating that many millennials have given up on sex. “Millennials are turned off sex, study suggests, with one in eight still virgins at 26,” proclaims the headline at The Daily Telegraph. Pessimism about the future leads to longer work hours, risk aversion and self-protection. Combine all that with the availability of pornography and sex becomes superfluous. “This,” Fr. Schumacher commented, “is to be expected.”

“U.S. birth rates declined last year for women in their teens, 20s and — surprisingly — their 30s, leading to the fewest babies in 30 years,” reported NBC news earlier this month. It’s part of an alarming long-term downward trend in fertility in the U.S and Europe.

And the number’s going down not just because less sex results in fewer babies. How often have we heard, “I would never bring a child into this world with all its troubles”? Pessimism triumphs over the natural human desire for offspring. Pessimism puts self-protection and my needs ahead of everything.

How much of the legalization of marijuana is driven by the need to anesthetize pessimism even — or perhaps especially — in beautiful and prosperous states such as Colorado, Washington and Oregon? Beauty and prosperity, it turns out, can’t cure the hangover.

Are college students hiding out in safe places and protesting perceived threats because they are optimistic about their lives and futures or because of unbearable pain and emptiness?

Bernie Sanders, who has huge appeal among the young, represents a strain of populism that believes, as Barton Swaim noted, “America was never ‘great’ and rarely even good.”

And while accusations of sexual improprieties from decades ago may be just and right, they’re also clear examples of “the morning after the night before.”

The Joy of the Christian Faith

None of this is really new, noted Fr. Schumacher. Christianity grew up in a culture that was similarly hung over. The wild indulgences during the days of Julius Caesar, Augustus Caesar, and Nero resulted in the pervasive sadness of the aftermath. The resulting growth of Gnosticism and Manichaeism illustrates a burned out culture overreacting by rejecting the physical world and even legitimate pleasures.

That is, the Christian faith is the cure for your hangover and for the world’s.

Pestilence in an Age of Decadence

Even in This Horrific Assault, God Has a Plan