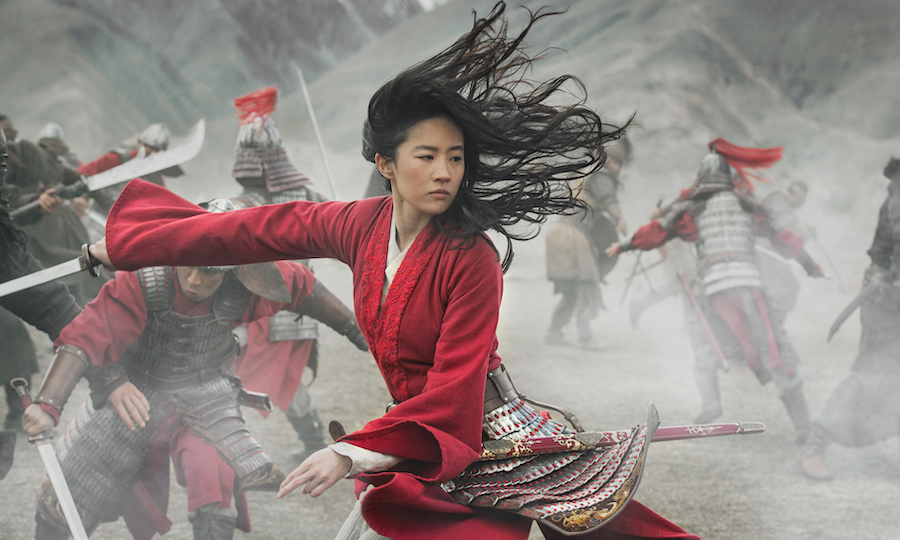 “It generated a lot of issues for us,” said McCarthy at a virtual conference on Thursday. “[This was] an effort to accurately depict some of the unique landscapes and geography of the country for this historical period piece.”

Specifically, McCarthy responded to how the movie gives “special thanks” to eight different Chinese government entities. “It’s common to acknowledge in a film’s credits the national and local governments that allowed you to film there,” she said. “Let’s leave it at that.”

But human rights advocate Helen Raleigh, who was born in China, cannot leave it at that. She notes how Hollywood has increased investment in China over the past decade — largely ignoring human rights issues along the way.

Since 2017, at least 1.8 million people have been imprisoned in Xinjiang.

“The city that Disney mentioned in the movie credits, Turpan, has at least 14 concentration camps,” said Raleigh in a phone interview. “Their scouting team cannot possibly miss that. Disney is an international company working in media. How could they not know?”

Negative publicity around Mulan has brought needed attention to the plight of the Uyghur (pronounced “wee-gurr”) people. Since 2017, at least 1.8 million people have been imprisoned in Xinjiang. Many are subjected to forced labor, forced abortions, and worse.

In response, a bipartisan group of 19 Members of Congress sent a letter to Disney seeking answers. “Disney’s apparent cooperation with [Chinese] officials… is profoundly disturbing,” they stated. “The closing credits of Mulan extend thanks to [entities that have] denied, distorted, and otherwise covered up crimes against humanity.”

Uproar over the film comes as the Trump administration takes new action against China’s human rights violations. On Tuesday, a U.S. agency banned the import of certain goods produced with forced labor in China.

“This is an important step to keep goods that are produced using forced labor out of American markets,” stated USCIRF Commissioner Nury Turkel. He was recently appointed to serve the religious freedom watchdog group. “Thanks to U.S. leadership, Chinese companies now know that they cannot profit off the slavery of Uyghur Muslims.” 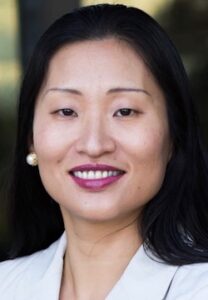 An author, financial analyst, and fellow at the Centennial Institute, Raleigh writes and speaks widely on foreign policy. She notes mistreatment of Uyghurs dates back to when the Chinese Communist Party (CCP) took power.

“Since 1949, the CCP has been promoting assimilation towards all minorities,” she said. “They look at China’s 50-plus minority groups as barbaric and backward. So their policies try to make all minorities — whether Uyghurs or Tibetans or others — become more like the Han majority.”

In 2013, a small Uyghur faction committed an act of terrorism. Current CCP General Secretary Xi Jinping used it as pretext to institute inhumane policies across the region.

Yet the majority of Uyghur Muslims sent to concentration camps shun extremism. “Business leaders and professors are taken and forced to learn the Han language and Communist propaganda,” said Raleigh. “Women are subjected to forced birth control sterilization.”

Even apart from the camps, Uyghurs have been kept from higher-income jobs. Among other groups in China, rising incomes have led to a burgeoning middle class. Entertainment and tech companies have flooded in to sell goods and services.

“As a business person, I have nothing against chasing profits,” said Raleigh. “Yet many U.S. corporations are forgetting what made them successful to begin with. It’s those American values that have universal appeal: individual freedom and free enterprise.”

Growing up in central China, Raleigh was taught the “Ballad of Mulan” in literature classes.

“We were required to memorize it — and it’s a very long poem!” she said. “It has a relatable message of a young person leaving home, seeking adventure, and trying to do good. I give that partial credit for inspiring me to want to come to the United States.”

The story emphasizes self-determination and sacrifice on behalf of one’s family. Young warrior Mulan goes into battle in place of her aging father. Though some plot points remain, Raleigh sees different messages in the remake.

Even more disturbing, the film plays into China’s current ethnocentric policies. “The villains of this movie are the ancestors of the Mongolians, a region currently facing harsh new directives,” she said.

New CCP policies target Inner Mongolia, disallowing education in the minority group’s language. “Parents are losing the ability to teach their kids in this ancient language,” said Raleigh. “The Communist Party is trying to wipe out this culture in one generation.”

Recently, protests against the policies have erupted in the region. Up to now, Inner Mongolia has been notable for not pushing back against the CCP.

“The Mongolians feel especially betrayed,” she added. “The Party has essentially finished dealing with the Uyghurs. Now they’re turning their eye towards them.”

In the wake of widespread backlash, Disney has quietly pulled back from promoting Mulan. Reportedly, results from streaming sales and overseas box office on the film have been weak.

Raleigh admits that her family has enjoyed streaming service Disney+ during recent lockdowns. Yet she has urged subscribers not to purchase the Mulan title.

“Let the big corporations know: We do not approve of this, and we’re not going to support it.”

“As a private company, Disney has the right to try to maximize profit for shareholders,” she said. “I don’t want to jeopardize that. But I think the American public needs to be aware of the compromises made by big corporations.”

She views it as taking a stand against the complicity of Hollywood in disturbing practices. “American should vote with our dollars when it comes to our values,” added Raleigh. “Let the big corporations know: We do not approve of this, and we’re not going to support it.”

“We need to be aware of what’s going on in China,” she said. “How the CCP treats its own people today is how they’re going to deal with U.S. companies tomorrow.”