China is Playing a Dangerous Game With North Korea 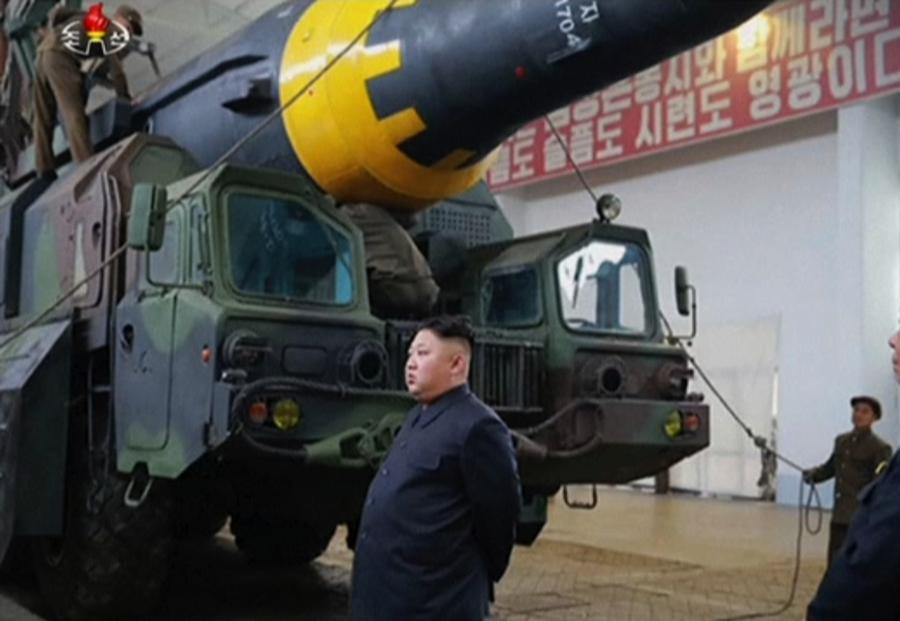 Days before the inauguration of Donald Trump, I spoke with a very prominent Chinese businessman. He explained to me that North Korea is China’s proxy, and that nothing happens in the small Stalinist regime without the approval of Beijing.

There are both political and economic reasons for this.

Only Ally in Far East

China consistently stands in the gap between its ally and the rest of the world. Calls from the U.S. urging China’s leaders to rein in their proxy have largely gone unanswered. China is ringed by strong American allies such Japan, South Korea, Taiwan, and the Philippines. North Korea is the only real ally China has in the Far East. So, it makes sense that officially-communist China would not easily give up its alliance with its communist neighbor.

China’s president is Xi Jinping, and the country’s premier is Wen Jiabao. Both are eager for their country to be seen as a towering superpower in the Far East. As a result, they seem willing to embrace the poisonous snake that is North Korea’s leader, Kim Jong-un.

Besides the politics, China also enjoys economic perks from its ties with North Korea. China practices its own brand of state capitalism. Big business and politics are joined at the hip. China’s political leaders use North Korea as a pawn in their international trade deals.

Think, for instance, of the June meeting of Xi Jinping and President Trump. Our president offered the Chinese leader a more lucrative trade deal with the proviso that he rein in his unstable proxy in Pyongyang. That only makes sense because the president assumed China had some control over its smaller ally.

China and North Korea also trade heavily with each other. According to a study by the Massachusetts Institute of Technology, the country exports nearly $3 billion in goods to China. Its next closest export customer — India — purchases less than $100 million. North Korea, in turn, purchases $2.95 billion annually in goods from China. Without China, then, North Korea would have hardly any trade beyond its borders.

One of the main commodities China imports from North Korea are coal briquettes. When sanctions were placed on North Korea’s coal industry earlier this year, however, some two million tons of coal were returned to Kim. That should have been a staggering blow to the North Korean economy. But it was offset by growth in its iron exports to China, which grew by nearly 300 percent.

Is China Changing Its Mind or Playing 3D Chess?

Despite these lucrative deals, the China National Petroleum Corporation halted sales of fuel to North Korea last month. Is this a sign that Beijing has grown tired of Kim’s shenanigans and is open to American overtures? Or is this just a sly move in a complex game of Chinese chess?

It’s hard to say at this point. But assume that China has decided that the relationship with Kim is more cost than benefit. If Kim really is unstable, might he turn his nuclear threats on China? Were that to happen, every nation in the region could be faced with a massive influx of refugees. How would South Korea and China deal with such a humanitarian disaster?

And how would China and South Korea respond militarily? Even a limited surgical strike against the communist regime could lead to huge casualties in both North and South Korea. The North has many conventional weapons arrayed along its border with South Korea.

How long will Chinese leaders play such a dangerous game with a leader as unhinged as Kim? Only time will tell. In dealing with an unstable dictator with outsized ambitions and nuclear weapons, though, there may be no good options left on the table.

Mike Evans is a #1 New York Times bestselling author with 72 published books. He is the founder of Friends of Zion Museum in Jerusalem. www.fozmuseum.com

This Week at War: A Rightful Place

US Team in NKorea Raises Expectations of Trump-Kim Summit