China and Hollywood: A Doomed Relationship? 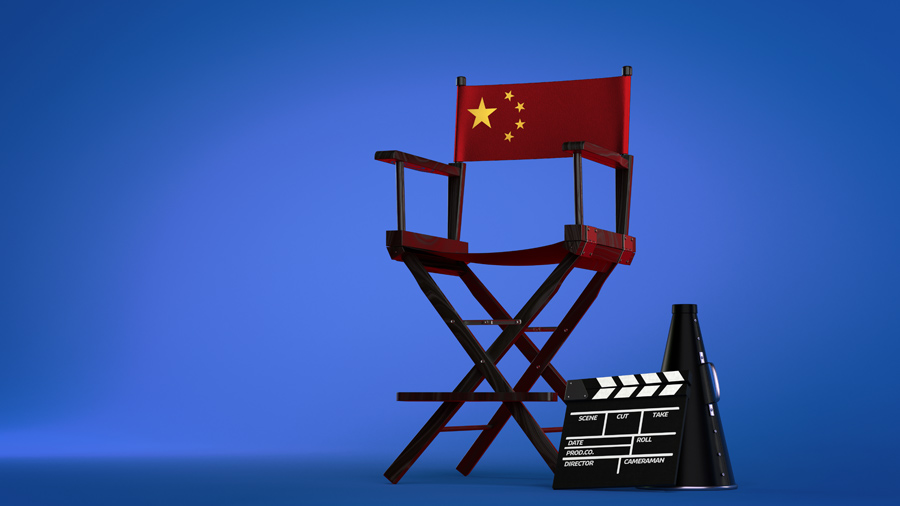 The corrupt partnership between Hollywood and China may be doomed. As China drifts more and more into totalitarianism, the American film industry can choose freedom. It can make spiritual and patriotic films that uphold the best of Western values.

How about a great anti-Communist movie about Whittaker Chambers, who in his book Witness warned about the spiritual rot eating away at the West now?

For over 25 years, China has been allowing American-made movies into the country. The huge Chinese market — which is expected to reach $16.5 Billion by 2026 from $3.4 billion in 2020, growing at a rate of 30.12% — has meant more cash for Hollywood and better movies for China.

Hollywood has also gone along with the censorship that China demands for films arriving from the United States. Chinese censors often alter American films, and Hollywood is increasingly reluctant to dramatize subjects that might offend the rulers of such a giant market. Hollywood — shocker — is full of hypocrites.

China and Hollywood Get Cozy

According to one China watcher, both sides will ultimately end up losing. “China is headed towards totalitarianism,” says Gordon Chang, the author of The Coming Collapse of China. He predicts:

Xi Jinping is going to close the country down to all Western ideas and products. People who talk about competing with China don’t understand how many problems the Chinese have. They tend to inflate their numbers to make things look more positive. The pandemic has been bad for the way Westerners feel about China. The Olympics were a disaster. They are also facing a demographic time bomb. China is not doing well.

Mr. Chang believes that China feels it is in “an existential battle” with America and is headed for something similar to the Cultural Revolution of the 1960s, when all outside ideas and art were banned. A similar cultural revolution is taking place in America. It’s fueled by places like Hollywood. Increasingly, Hollywood polices what artists can say and do — even whom directors can cast.

Chinese censors often alter American films, and Hollywood is increasingly reluctant to dramatize subjects that might offend the rulers of such a giant market.

The relationship between Hollywood and China really began in in 1994. China’s economy was modernizing, and when their movie theaters reopened, the only films China had available were propaganda movies. A Warner Brothers executive stationed in China got a theater to screen Harrison Ford’s The Fugitive. The film made money, and the authorities allowed ten films a year into the country.

In 2012, Vice President Joe Biden and Xi Jinping, who would become the president of China, negotiated an expansion that would allow 34 foreign films onto Chinese screens a year. The 13% of ticket sales that had gone back to the studios grew to 25%.

Since then, the growth in China’s movie industry has been swift. In 2020, China overtook North America as the world’s largest film market. The research firm Ampere Analysis had projected China to remain the No. 1 market in the world, projecting the Chinese box office to earn $6.9 billion this year, compared to $4.5 billion in the U.S.

China also needs the American market less and less as its recent domestic films have been blockbusters. Propaganda films Water Gate Bridge and 2021’s The Battle at Lake Changjin, which were co-directed by Chinese and Hong Kong filmmakers, have done huge business.

With the success of its own films, China doesn’t have to worry as much about the popularity of American movies, which often get censored by Chinese authorities. Films like Pacific Rim, Maverick and Fight Club have references to Taiwan, even just a flag on a character’s jacket, removed. In Chinese versions of films, scenes are added to depict the Chinese authorities restoring order and calm after a battle. References to homosexuality are often cut, even in the 2018 Freddy Mercury biopic Bohemian Rhapsody.

China has trained Hollywood to preemptively censor itself. ”No studio in Hollywood today would touch a movie that concerns a storyline involving the Uyghurs or Xinjiang or issues involving Taiwanese independence or demonstrations in Hong Kong,” Erich Schwartzel, the author of Red Carpet: Hollywood, China, and the Global Battle for Cultural Supremacy recently told NPR. “Because of the economic muzzle that China has on the studios today, those things are just complete non-starters.”

“China’s ability to influence Hollywood has increased since MGM, in 2011, bowed to Beijing pressure and altered the invading army in the remake of Red Dawn from Chinese troops to North Koreans,” says Bill Gertz, who has reported on China for 30 years and is the author of Deceiving the Sky: Inside Communist China’s Drive for Global Supremacy. As Mr. Gertz sees it, “America needs a patriotic film studio to counteract the anti-American bias being promoted by the Chinese Communist Party through limiting access to the Chinese film market of CCP approved movies.”

If China closes off to the West and has a lucrative domestic film industry, the need for such a studio may be moot.