After Charlottesville, Patriotism, Not Jingoism 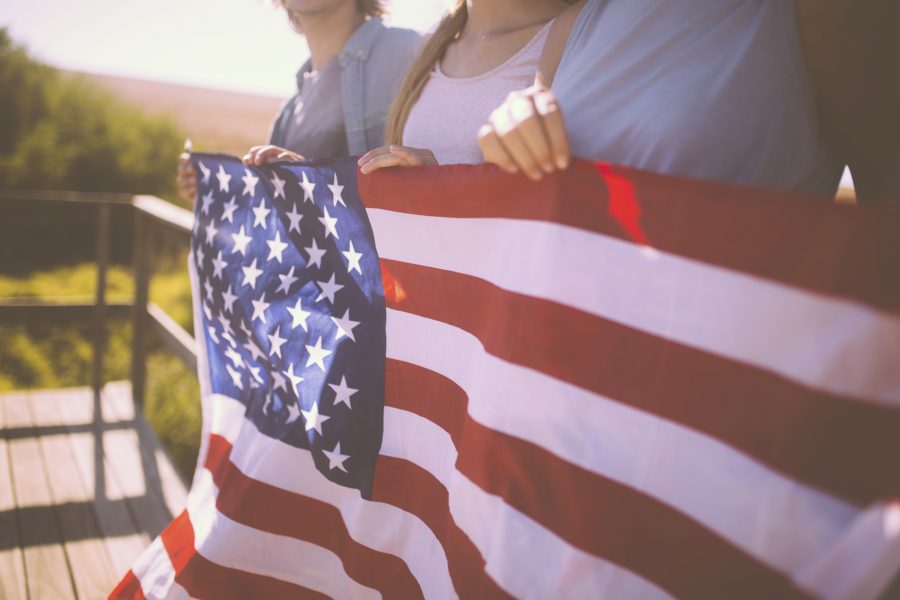 After the ugly violence in Charlottesville, is it time to kiss patriotism goodbye? No, it’s not.

As we all know by now, last week some white nationalists protested the planned removal of a Confederate monument in Charlottesville. Antifa — a leftist group — formed a counter-protest. Then a white supremacist rammed the counter-protesters with a car, killing a young woman.

If that’s patriotism, then good riddance. But it’s not. At least, it’s not a sane and moral patriotism. It’s jingoism. The jingoist supports his country blindly, usually with a double shot of hatred of “the other” stirred in for good measure. But as G.K. Chesterton said, saying “My country, right or wrong” is like saying “My mother, drunk or sober.” Anyone who really loves his mother would get her out of the bar, not defend her drunkenness. In the same way, any true patriot would fight racism in his country, not defend it.

Seek the Welfare of Your Country

A good patriot loves his country. That means he wills its good. And what is truly good is not merely wealth or victory. “Righteousness exalts a nation,” Solomon said, “but sin is a reproach to any people” (Pro. 14:34, RSV). Work to fix our nation’s faults, and our nation is exalted.

The white nationalists are loud, offensive and wrong. So it’s tempting to throw out all patriotism along with their warped, bigoted version. That’s especially easy nowadays when so many Americans see any form of patriotism as a jingoistic bias towards one’s own.

They prefer to think of themselves as citizens of the world. And there’s a big kernel of truth in that view. We are all members of God’s created order. More than this, we’re all made in the image of God.

But the “citizen of the world” view misses something. God told the Israelites to “seek the welfare of the city where I have sent you into exile, and pray to the Lord on its behalf, for in its welfare you will find your welfare.” (Jer. 29:7, RSV). That’s a rebuke to narrow jingoism, but it also defies an airy fairy citizen-of-the-world mentality.

We also have a debt to the country we live in, because none of us could survive alone.

Not to love our country while claiming to love mankind is like Mrs. Jellyby, the character in Charles Dickens’ Bleak House. She ignores her own needy family and neighbors to focus on philanthropy in Africa.

“Seek the welfare of the city” God planted you in. You also have a debt to the country you live in, because none of us could survive alone. The people around us — the institutions around us — have given us opportunities we could never dream of if we lived alone in the wilderness. So we have an obligation to them.

Yes, we should love all mankind. And this may mean we help the poor and suffering overseas. But our time, resources and emotional capacity are finite. We have to make choices. And in practical terms, most of us are best able to practice effective compassion to our own corner of the world. It’s the place we know, so we know how best to improve it.

The “Nation With the Soul of a Church”

With Antifa and white nationalists dominating the headlines, good patriotism may seem to be only a dream. But America has a strong history of true patriotism.

The American spirit at its best is both aspirational and particular. We don’t pledge allegiance only to America as it is, nor to mankind and high-mindedness in general. No, we pledge allegiance to the flag. It’s the symbol of what America should be: “One nation, under God, indivisible, with liberty and justice for all.”

Being proud of our country — being patriotic — requires more of us than words.

This view inspired Chesterton to call America a “nation with the soul of a church.” That’s because our Declaration of Independence asserts that “all men are created equal, and are endowed by their Creator with certain unalienable rights” and that governments exist to guard their right to justice. This foundational idea is something we can be proud of.

The Good, Hard Work of Repairing and Building

And being proud of our country — being patriotic — requires more of us than words. The nineteenth century Frenchman Alexis de Tocqueville travelled America and remarked on how often Americans formed voluntary organizations for the good of society. They didn’t just pat themselves on the back for being born into a great nation, nor did they merely spit on America for its flaws. Many of the Americans he met put on their boots and pulled together to make their corner of America healthy and just. And so should we.

Complaining is easier, of course. That might be one of the causes of the simultaneous rise of the jingoistic alt-right and the anti-American left. It’s easy to sit down on your turf and shout that your country, your tribe, has done no wrong. It’s also easy to wash your hands of your country and set yourself above such narrow concerns as defending, building and repairing it.

But to protect and nurture goodness and health in your own country, in your neighborhood, and in your own home and heart? To get your hands dirty with others, warts and all? That’s hard work. But it’s the only way to build a nation that can inspire others and please God.

So let’s stop shouting and throwing rocks at each other. It’s time to repair and build.

A New Race of People