Here's what the miracle of Chanukah means for us today. 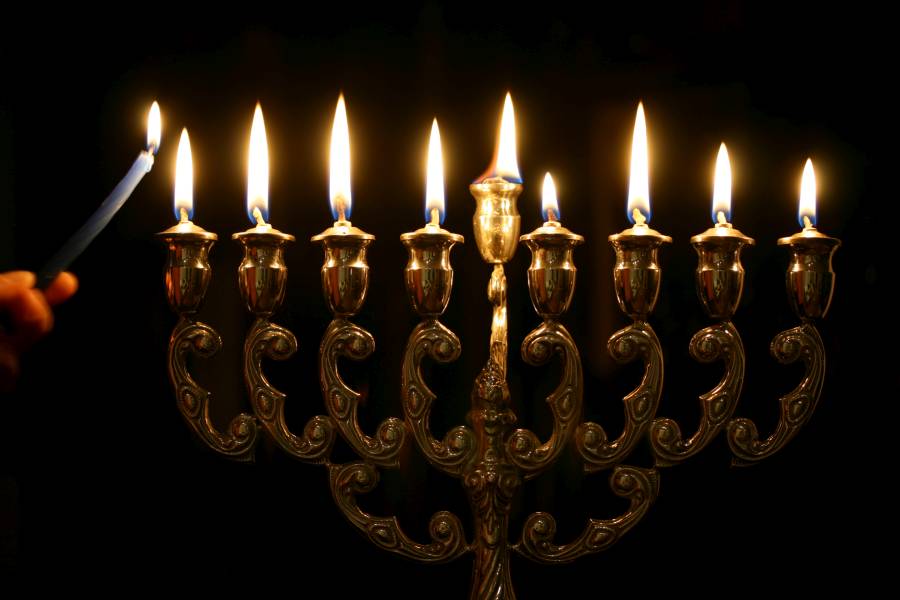 The story of Chanukah reads like a fairy tale. A wicked Seleucid king by the name of Antiochus Epiphanes wanted to reunite the broken empire of Alexander the Great. To accomplish this task, he had to culturally unify the people around the common Hellenistic-Greco customs. He esteemed this culture to be the most civil and educated in the world. He also deemed Judaism to be a threat to this goal of unification. So, he outlawed the practice of Judaism.

To make matters worse, the king arrogantly stormed the temple, violating its most sacred space — the Holy of Holies. In a display of utter blasphemy, he publicly offered a pig sacrifice upon the altar. Not only was this not kosher, but it was a foreshadowing of the abomination of desolation that will occur in the end times (Dan. 9:27; Matt. 24:15–16).

Thumbing his pointy nose at the Jews in another confrontative move, Antiochus erected an idol to Zeus in the temple. Then, he ordered his emissaries to invade individual towns throughout the land of Israel. He commanded these henchmen to gather the leaders of the community and force them to offer sacrilegious sacrifices to the Greek gods.

In one town called Modi’in, a priest by the name of Mattathias, or Matisyahu in Hebrew, was asked to perform this profanity against his own will. He refused to commit this idolatrous act. However, another Jew stepped forward to make the offering.

Watching from the sidelines, Mattathias became so infuriated by what he saw that he grabbed a knife and violently killed this Jew who was willing to commit idolatry as well as the official who was supervising the blasphemy. This incident was the trigger for what history later recorded as the Maccabean Revolt. Mattathias’s rallying cry was “Every one of you who is zealous for the law [Torah] and strives to maintain [has faith in] the covenant, follow me” (1 Maccabees 2:27).

The Maccabees and Chanukah

After Mattathias died a year later, his son Judah Maccabee gathered a ragtag bunch of Jewish renegades, now known as the Maccabees, and launched military guerilla warfare against the most powerful army of their day, the Greeks. After three and a half years, they won the war against impossible odds, proving Zechariah 4:6: “Not by might, nor by power, but by My Ruach [Spirit]!” As a side note, they fought against their foe the same number of years that Jesus’ earthly ministry lasted.

Riding high on victory and faith, these haphazard warriors went back to Jerusalem to recapture the temple. They found it decimated. Furthermore, the seven-branched candelabra called a menorah that was supposed to burn perpetually, symbolizing God’s eternal presence and promise to the Jewish people, was extinguished. Determined to set this symbol ablaze again, they searched the trampled temple and found a cruz, or flask of oil. This oil was not ordinary but kosher oil of the purest kind.

There was one problem. This amount of oil would burn for only a day. This limited supply didn’t deter the Maccabees. In a leap of faith, they lit the menorah. They rededicated the temple to God, which is why Chanukah is known as the Feast of Dedication. God blessed their act of faith and supernaturally stretched the one-day supply of oil to burn for eight days. This supernatural lighting is the great miracle that is commemorated each year during the Chanukah holiday, known by yet another name — the Festival of Lights.

What does this mean for you and me? This story of miracles is more important than ever! The wicked king in the story began by waging a culture war against the Jewish people.

He felt Greek culture and values were far superior and much more enlightened than the Jewish Torah/Hebrew Bible-based culture of Israel. The Greeks valued reason over revelation. The pages of Scripture did not hold what they felt was true wisdom, but, the Greek philosophers’ writings did. Morality, beauty, and leadership are best defined by the philosophers, not the prophets, through human reason, not divine revelation. King Antiochus outlawed Jewish worship and forbade the reading and studying of the Scriptures.

Antiochus and the Hellenistic Greek culture valued the body over the soul, and external beauty over internal spiritual beauty of spirit. They worshipped physical might, not moral and spiritual strength. Therefore, the gym is what mattered, not the House of Worship. Sexual immortality was promoted and even forced upon the culture. The government increased taxes to support the large program and lavish excesses of the King.

Antiochus Would be Proud of America

Looking at America today, Antiochus would be proud of us. We have implemented his agenda by idolizing human reason. We have, for the most part, kicked the God of the Bible out of our public schools and universities. Churches and synagogues face pressure from the local governments not to hold public gatherings under the penalty of threat. Our culture is obsessed with external beauty, physical strength, and sex. There is an organized campaign by the people in power to change America’s culture. Utilizing propaganda and social pressure, people are assimilating and adopting a secular humanistic worldview that denies our nation’s foundation, our Judeo-Christian heritage, and a worldview upon which our entire constitution is founded.

How can we let this continue? What we need today is modern-day Maccabees. Individuals who are willing to stand up for freedom and religious liberty. The Maccabees faced daunting odds, but the odds and the challenges didn’t stop them. They entered into battle unafraid because they knew that God was with them. Again, as we look back on 2020, let’s be mindful of these men and how God’s hand was clearly on them as it is on us today.

The Maccabees and their perseverance should also remind us never to be afraid to stand up for what is right, even if one is in the minority.

Chanukah is a time of dedication and light. It’s time to arise, take a stand, and rededicate ourselves and our nation so that our light shines bright. Our nation’s future hangs in the balance as it did in the days of Chanukah, so let’s make the decision to be Maccabees, not wannabees. If we do, I believe the Lord will do a great miracle for us as he did for them. May what was said of the Hebrew Hero of Hanukkah Judah the Maccabee be said of each of us: “He advanced the cause of freedom by what he did” (1 Macc 3:7).

Rabbi Jason received his Rabbinic ordination from the UMJC (Union of Messianic Jewish Congregations) in 2005 and has a Bachelor of Arts in Jewish Studies and a Master of Arts in Intercultural Studies. He is also the co-author of the New York Times bestseller The Rock, The Road, and The Rabbi, which he wrote with Kathie Lee Gifford. Rabbi Jason is also a biblical advisor to The Chosen, a TV series about the life of Jesus.