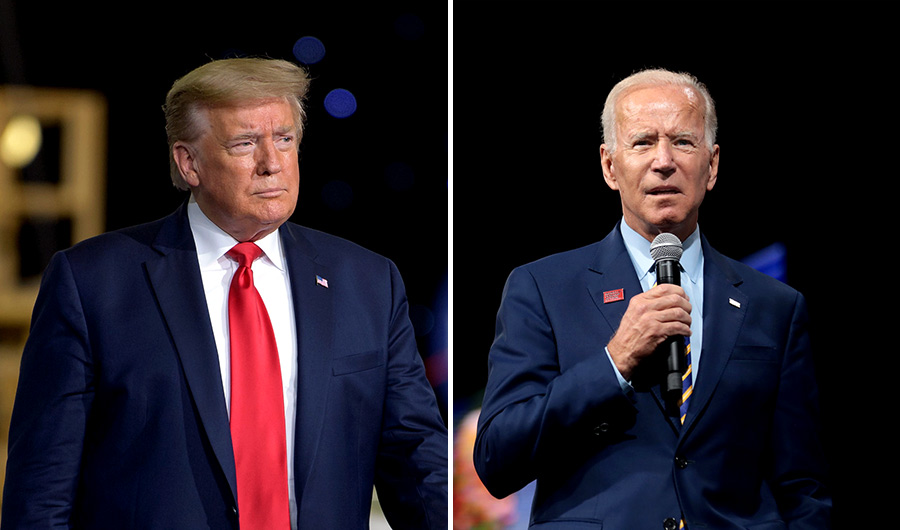 Just six months ago, despite the pandemic lockdowns hamstringing the economy, America had fairly secure borders, abundant and inexpensive oil and gas, and historic peace deals were being signed in the Middle East, thanks to Iran and Hamas being held in check by the US and its allies. And whether you loved Trump or hated him, you couldn’t deny that he had boundless energy and seemed to be working 24/7 to Make America Great Again.

Now … well, Americans voted for “change,” and they’re getting it good and hard.

A lot of people are starting to wonder if we even have a President anymore.

The “Change” Biden is Bringing

After less than four months of Joe Biden, the borders are open and we have a triple humanitarian, crime, and national security crisis. The Vice President is supposed to be handling this, even though we’re up to day 50 since she was given that job and she’s yet to even visit the border or hold a press conference.

Israel was forced to retaliate after Hamas and Palestinian militants fired about 160 missiles at Israeli civilian areas. In response, Rep. Ilhan Omar condemned Israel for launching military strikes during the sacred month of Ramadan — and never mind that they were in retaliation for unprovoked missile attacks launched on Israeli civilians during the sacred month of Ramadan. Her outrage is, shall we say, “selective.”

Gas prices, which had already been on the rise since January, thanks to President Biden shutting down the Keystone XL Pipeline project and targeting America’s oil and gas industries for extinction, have spiked to a six-year high after hackers (suspected to be Russian-based, though that’s not yet confirmed) forced a shutdown of the Colonial Pipeline.

Meanwhile, reports abound in the Southeast of long lines at gas stations and many stations running out. We’re assured that this will probably be fixed by the end of the week, but it wouldn’t take long for a shortage of truck fuel to impact inventories in stores.

(Side note: Maybe our intelligence agencies should have been paying more attention to monitoring foreign threats to our critical infrastructure than to monitoring social media posts by Trump voters to prevent an imaginary insurrection. I have written several times over the years about cyber threats to America. If they’d just monitored the Huckabee newsletter, they would have known that. I fear our intelligence agencies now have no more intelligence than the politicians currently in charge of them, and that’s scary.)

And “Consumer prices climb at fastest pace since September 2008.”

Is Anybody Home at The White House?

So, with everything seemingly falling to pieces (I didn’t even mention the shockingly dismal jobs report, a result of Biden’s anti-business policies and paying people more money to stay unemployed than to work), I’m sure our President was burning the midnight … uh, wind-powered lantern … to deal with it all.

Well, not exactly. In fact, a lot of people are starting to wonder if we even have a President anymore.

As that RedState.com op-ed points out, Biden issued no public statements on Israel or the Pipeline shutdown in 24 hours. Comments from his surrogates have been confusing and contradictory, such as blaming Israel for being attacked or suggesting the attack on the Pipeline and whether to pay ransom are a “private sector” matter.

This article also notes that the Palestinians hadn’t fired a rocket at Jerusalem since 2014 — until this week. Biden resumed giving them “aid” money, and Trump’s not there anymore, so guess what they’re doing.

All of this silence and grasping for answers is stirring quite legitimate concerns that there may be nobody home at the White House, in more ways than one.