To Change the Church … Or Replace It?

A review of Ross Douthat's To Change the Church: Pope Francis and the Future of Catholicism 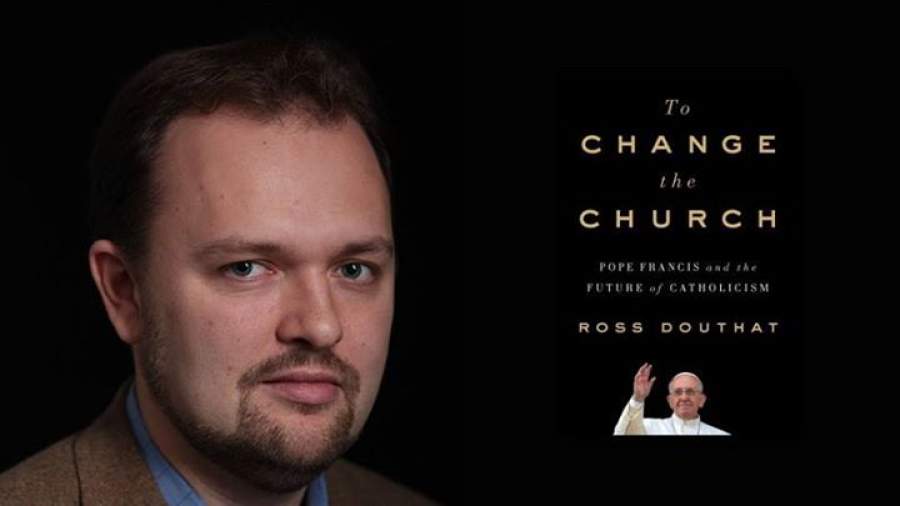 Ross Douthat’s new book on Pope Francis is judicious, even-handed, and fair to the current pontiff. It attributes to him good motives, and strives to see Church politics from every meaningful perspective. Even that of openly dissenting Catholics who seek revolutionary change in basic Christian doctrine. Nonetheless, I recommend it.

Very highly, in fact. Especially to non-Catholics who wonder what all the fuss is about on the other side of the Tiber.

One Pope against Others

No, the book is not about Pope Francis’ utopian views on economics and immigration. Nor is it about his pining for globalists to annex the world economy in the name of fighting “climate change.” Douthat focuses on something much more central to the Catholic faith: the words of Jesus Christ Himself on marriage.

Pope Francis has made statements, approved documents, and appointed key officials that imperil the credibility of the papacy. Francis has posed his own authority against that of previous popes. And on the most crucial moral question in human society: the nature of marriage. It’s the one sacrament without which none of the others would be necessary. (Since the pews would all be empty.) The documents and arguments he has approved, sometimes with a nod and a wink in the form of a footnote, are already doing damage. Bishops in different countries are adopting totally different practices (implying different doctrines), each citing papal documents. If that’s not chaos, I’m not sure what is.

The Stakes: The Whole Institution

The issue might seem a small one to outsiders. May Catholics who validly married once, then divorced and “married” outside the Church, have sex with their new legal spouses? Or are they “living in sin,” and forbidden Holy Communion? As Douthat points out, the teaching on this for Roman Catholics has been rock-solid since the Apostles. Change this, and you can change just about anything.

You don’t need to trust me or Douthat on that. The very bishops who supported Pope Francis’ initiative to change this teaching made it clear. In the 2014 preparatory synod discussing these issues, they added language friendly to homosexuality. The group of bishops voted to strip that out, but Pope Francis ordered them to put it back in.

And for progressive Catholics the logic follows. If we’re going to throw out our first-century definition of marriage, how “homophobic” to draw the line at heterosexual relationships. San Diego Bishop Robert McElroy lost no time in citing Pope Francis’ ambiguous teaching on marriage in Amoris Laetitia, to attack those who teach that homosexual activity is (in the words of the Church’s own Catechism) “intrinsically evil.”

Correctly, Douthat sees the fight over sexual ethics within the Church as of equal significance with previous doctrinal battles. He offers readable, detailed comparisons with previous profound splits in the Church, from the Arian heresy to the fight between Jesuits and Jansenists. He covers the previous cases where popes have flirted with heresy, and how the Church recovered.

Let’s say his apparent program goes much further. Barring divine intervention, it’s hard to see how orthodox Catholics can carry on. Without becoming large “o” Orthodox, that is. Or joining some hapless schismatic group that is (and this is a punchline) “more Catholic than the pope.”

Douthat is a convert to Catholicism and clearly holds to an orthodox interpretation of Church teachings. But in this book he speaks to history. More precisely, to historians 50 years from now. Especially those who want a snapshot of what it was like to be a well-educated and thoughtful Catholic during the Revolution. (In the same way we now might seek out the letters of the Marquis de Lafayette for his views in 1789, and how they changed by 1793.) Of course, how this book is seen depends entirely on how the Revolution ends, and what’s left after it.

Douthat sees clearly and says it plainly. Pope Francis isn’t simply trying to repackage Catholicism and make it a little friendlier, less white and European. Nor is he carving out narrow pastoral exceptions for “hard cases” like abandoned wives with small children who marry a new, loving husband outside the Church. That’s simply the camel’s nose. And the tent’s already quaking.

As Douthat correctly diagnoses it the problem that faces any pope today is tent-shaped. How to hold together the “big-tent” Church that includes both orthodox, counter-cultural Catholics, and those who seem much more like, frankly, liberal Protestants. The question this book implicitly raises is whether that’s remotely possible anymore. And whether it’s still worth the effort.

Most of What the Pope Says and Does is Fallible