Celebrating Friendship With My Sisters in Christ 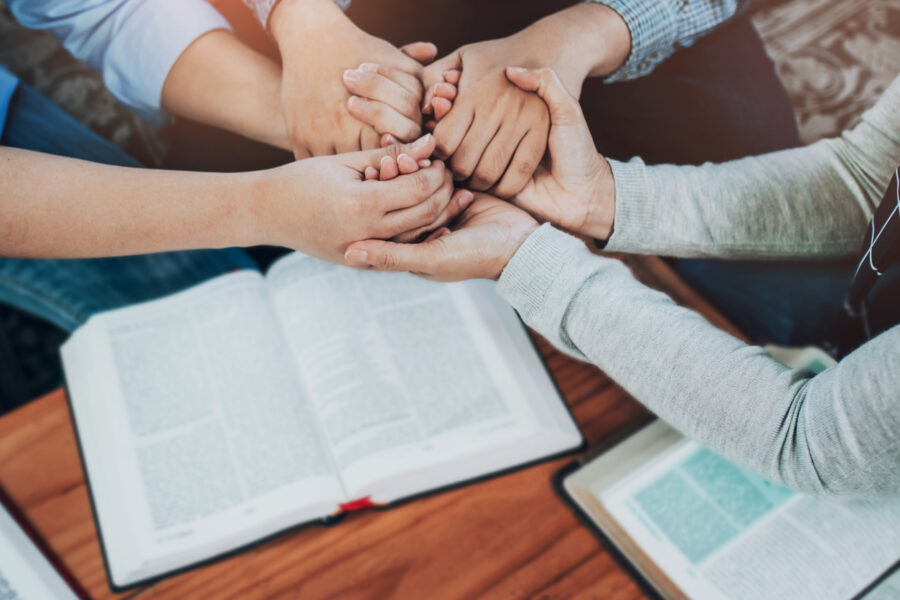 “Friendship is the common denominator of every love there is.”

Those are the wise words of Mother Mary Francis, who wrote them in her just-reissued book But I Have Called You Friends: Reflections on the Art of Christian Friendship. It was while reading this beautiful book that I thought of two of my favorite friends, two women I call my Sisters in Christ. Their friendship helped pull me through a very difficult time on my life.

We often talk about the importance of male friendship, probably because women have less trouble making friends than men so it is less of a crisis among women. Yet men should also celebrate the friendships they have with strong, wise and faithful Christian women. Such women have empathy and insight and toughness, and can see the bigger picture about important things in life. They know how to zero in on the spiritual principle that’s at the core of most issues.

Meeting Up With Anna

I’ll call my Sister in Christ Anne and Teresa. Both had been part of my social group in high school. I hadn’t spoken to either one of them in a while when, one day in the fall of 2018, Anne texted me: “Mark it’s Anne from high school. I know we haven’t spoken in many years and this may not be the best time, but I was just wondering — are you doing all right?”

It was right after I barely survived the political hit on me and Brett Kavanaugh — which a detail in my new book, The Devil’s Triangle. I was still badly shaken by the whole evil enterprise. Anne’s call came out of nowhere. I was glad to hear her voice.

We agreed to meet at a Catholic church near where we both lived. I was still pretty paranoid after the Kavanaugh hit. After months of having my writing going back forty years examined, being trashed by the lunatics in the Senate and being rolled by the media — in short, being mugged by the American Stasi — I was still in combat mode. When Anne pulled up in her SUV and jumped out to give me a big hug, I initially backed away. “Are you wearing a wire?” I said.

We went in the empty church and sat in the back and talked. Anne had become a serious Catholic, which is why she wanted to meet in a church. She talked about the power of prayer and her favorite saint Padre Pio. I reminded her that a lot of the saints had battled demons, which I felt like I had just done.

Anne revealed that she herself had been contacted by the media. “When I told them that we loved hanging out with you Prep guys because you were safe and fun, they just lost interest,” she said. “They just never called me back.”

Teresa and I Hadn’t Liked Each Other

Anne then suggested we get-together in a couple days at the same spot, but this time she would bring Teresa, whom we had both also known in high school. I blanched a little at the suggestion. Teresa and I did not like each other in high school. She came from a good family, was very proper and faithful, yet sociability and model good looks made her hugely popular. She held 1920s Great Gatsby parties where everyone dressed up. She also would just bluntly give you her opinion about something. This gorgeous, popular, self-respecting girl who would plainly tell you your tie was the wrong color — but was not a snob and had a great sense of humor — was just too much for me. I was crude in front of her, drinking beer and using crass language. It was like a classic slobs vs snobs movie from the 1980s.

Still, we were adults now, so a few days later me and Anne met Teresa at the church. Teresa, still pretty, had also become a very serious Catholic. Highly intelligence and inquisitive, she asked me a lot of questions about Christine Blasey Ford and what I did or did not remember. She talked about what she thought heaven was like, and what she was convinced was the reality of hell.

At one point I said that I probably would never get married after all the political nonsense, and she didn’t miss a beat: “Well, if you get a good job first you can go from there.” I laughed out loud. There was no malice or condescension in her tone. It was just Teresa telling it like it is — in 2018 just like in 1982.

I realized that Teresa was being a good friend — she would give you what the Catholic Church calls a “charitable anathema” — some tough love. Teresa also had been contacted by the press and was appalled at their behavior. “They kept asking me about Brett’s behavior in high school,” she said. “I said, ‘What about Blasey Ford’s behavior back then, which everyone knows was not tame?’ They had no interest in that.”

For the next couple of months Anne, Teresa and I would meet at the church when it was empty and talk and pray for a couple hours. I started to call them my “Sisters in Christ.”

In her book on friendship, Mother Mary Francis observes there are three things that define friendship: respect, esteem and affection.

I have all those things for Teresa and Anne. Tough, smart and faithful women friends can add tremendous richness to any person’s Christian journey.

The Fears of Autumn: How America’s Best Spy Novelist Pulled Me Out of a Honey Trap