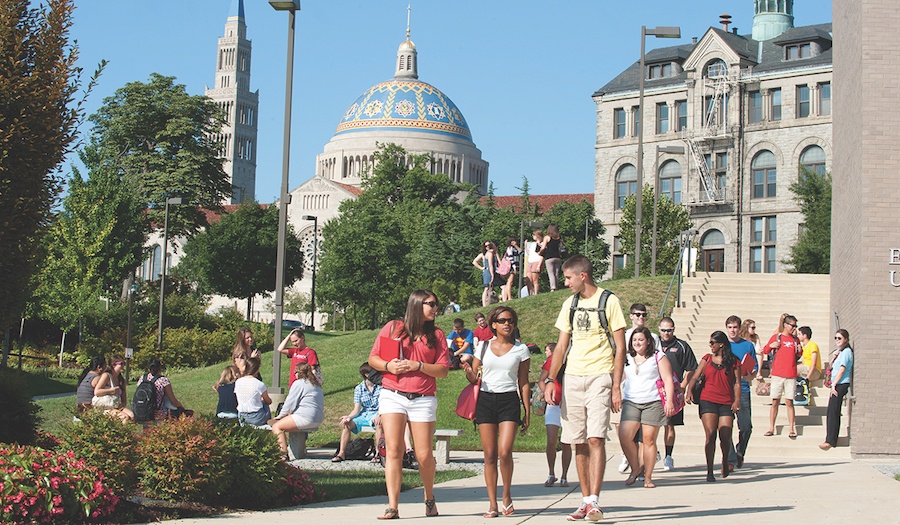 My alma mater, The Catholic University of America, is the only university in the District of Columbia not to impose a COVID-19 vaccine mandate on students and faculty. By contrast, many Catholic colleges are requiring that students and faculty be vaccinated before returning this fall. Creighton, Notre Dame, and St. John’s University are among them.

To many, such mandates are no-brainers. After all, don’t they serve the common good by speeding up herd immunity? And as Christians, are we not called to care for our own health and that of others?

the sum of those conditions of social life which allow social groups and their individual members relatively thorough and ready access to their own fulfillment. … Every social group must take account of the needs and legitimate aspirations of other groups.

The real common good must include the freedom of individuals to make choices concerning their own health, and to follow their properly formed consciences. No just appeal to the common good can abrogate these freedoms.

Medical choices are not generic and universal. They’re matters of prudential judgment involving all sorts of personal details. Some may conclude that the known and unknown risks of the current COVID-19 vaccines outweigh the likely benefits.

What About Other Vaccines Mandates?

What about the benefits to others of someone receiving a vaccine? Isn’t a Covid vaccine mandate, especially for schools and universities, just like the requirements schools have for vaccines such as polio and measles?

Why should children and young adults be forced to receive an experimental vaccine for a disease that poses less risk to them than the seasonal flu? Young people also tend to exhibit less severe symptoms than much older people. So we are far less likely to transmit the virus to others.

Beyond this, there is an ongoing debate among thoughtful Catholics and others on the morality of these vaccines. After all, they have been tested and/or developed using cell lines derived from an aborted human being.

Some Catholic authorities argue that these cells are remote enough from the original abortion that one can receive one of these vaccines in good conscience. (HEK-293, for instance, is the cell line taken from an aborted fetus in 1972, which Johnson & Johnson used to develop their vaccine and which Pfizer and Moderna use for testing.) Yes, procuring the biological material was a great evil. But benefiting from it is okay as long as there is a clear separation between the production and death of an embryo (an aborted fetus in the case of HEK-293) and the researchers now involved in research and experimentation.

To impose a COVID-19 vaccine mandate, especially on Catholic college campuses, would be to dismiss the moral convictions of Christians who view the vaccines as abortion-tainted.

But others point to the authoritative 2008 document from the Congregation for the Doctrine of the Faith, Dignitas Personae. It argues that “the criterion of independence is not sufficient to avoid a contradiction in the attitude of the person who says that he does not approve of the injustice perpetrated by others, but at the same time accepts for his own work the ‘biological material’ which the others have obtained by means of that injustice.”

This does not erase the problem entirely though. The statement “To Awaken Conscience,” puts it this way:

Even if, as a matter of general principles, it is not always morally illicit to use such abortion-tainted vaccines temporarily, in extreme necessity, and even then under strenuous protest, the use of such vaccines must never be advanced as mandatory, or as a universal duty.

To impose a COVID-19 vaccine mandate, especially on Catholic college campuses, would be to dismiss the moral convictions of Christians who reject these abortion-tainted vaccines.

But can’t those with moral qualms get religious exemptions? Perhaps. But if opting out of a mass mandate is simple, why bother mandating it in the first place? What’s more likely is that students who receive exemptions will be badgered and restricted, perhaps even forced to attend classes online. A vaccine mandate is coercive by nature, even if exemption is technically an option.

Appeals to public health do not magically dissolve the threat of tyranny. Quite the contrary. As Albert Camus said, “The welfare of the people … has always been the alibi of tyrants, and it provides the further advantage of giving the servants of tyranny a good conscience.” At this moment, to paraphrase Benjamin Franklin, resistance to a COVID-19 vaccine mandate might very well be obedience to God.

Gillian Richards is a recent graduate of The Catholic University of America in Washington, DC.