The Cathedral That Defeated Stalin

Eighty-four years ago this Saturday the Soviet Communist dictator Joseph Stalin tore down a great Russian Orthodox cathedral. Now the rest of the story. 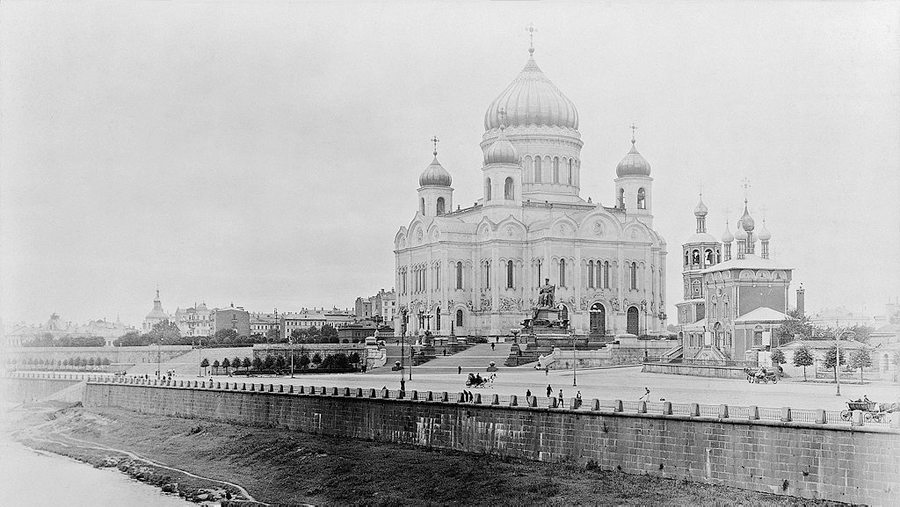 DANTE WITT — On December 5, 1931 the Soviet Union demolished the largest Eastern Orthodox church in the world: the Cathedral of Christ the Savior. The cathedral, in Moscow, was originally built at the wish of Tsar Alexander I, out of gratitude to Divine Providence for rescuing Russia from Napoleon Bonaparte. Russia survived the attack of the ambitious Frenchman but could not stand against the ambition of its own countrymen, and the cathedral fell.

Stalin had many churches demolished, but he had a special reason to destroy this one. He wanted to replace the largest Orthodox church in the world with the tallest building in the world: the Palace of the Soviets, with a statue of Lenin on top. 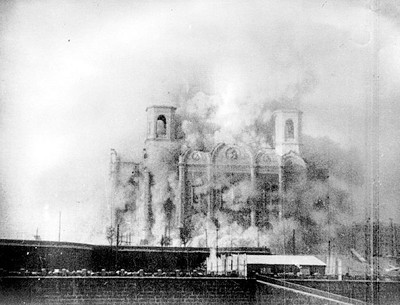 Of course, this was not the first time someone had decided to build the tallest building in the world; that distinction goes to the builders of the tower of Babel, when man tried to raise himself to the heavens by the might of his own hand.

To raise himself to the heavens by the might of his own hand… If Communism is not an example of that, what is? Marx taught that the poor could create a paradise on earth by their own sweat.

Of course, before either Babel or Stalin, Adam and Eve were the first to try to “be as gods.” But there is room in the universe for only one Supreme Being. For man to take the throne, God must be shoved aside. Stalin surely was aware of the symbolism when he ordered the demolition of the cathedral. 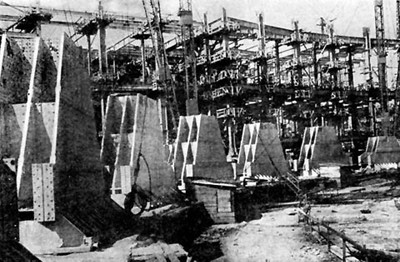 It was destroyed with dynamite, and the removal of the rubble took more than a year. Then the Soviets held public contests to create the best architectural design for the Soviet skyscraper. They laid the foundations and began work.

Unfortunately for Stalin, the rest of the project did not go as planned: the soil under the cathedral proved unsuitable for such a building, since it was too close to a river. Stalin could not simply build the palace on a different spot because the materials and workers were needed for World War II, so work on his Babel had to halt.

This wrench in Stalin’s plans was no coincidence. Thousands of years before, God saw the builders at Babel and said “Behold, they are one people, and they all have one language; and this is only the beginning of what they will do; and nothing that they propose to do will now be impossible for them. Come let us go down, and there confuse their language, that they may not understand one another’s speech” (Gen. 11:6-7).

When reading that story, it is tempting to think of the confusion of language as a curse, sent to punish the people at Babel for their arrogant ambition. But perhaps God was protecting us. 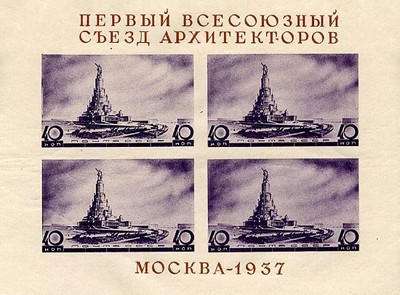 Miniature sheet of the First Congress of Soviet Architects showing the Palace of Soviets, 1937.

Consider: if Stalin and Hitler had spoken one language — if Germany and Russia had been one nation, and not two at war — the metal would have been used to complete the Palace of the Soviets, and Hitler and Stalin would have celebrated its completion together. Hitler and Stalin both wanted to perfect man by brutal utopian schemes.  Indeed, even with the confusion of languages they were unified long enough to terrify the world. As journalist Malcolm Muggeridge said, “When news came of the Nazi-Soviet pact, I knew, of course, that the waiting was over. In a way, I had been expecting such a development; never losing an opportunity to say that Bolshevism and National Socialism were the same thing, except that one was a Slav version and the other Teutonic. Why should they not come together, then?” (The Infernal Grove, 1973).

If God had left man as one people, the Nazis would never have broken their treaty with the Soviets; indeed there never would have been any Nazis or Soviets, just one sinful, arrogant mankind with goals even loftier than those of the Nazis or the Soviets: goals to be accomplished, like Hitler’s and Stalin’s, at the paltry price of a few million innocent lives and the humanity of the survivors, one mankind whose attempts to raise himself to the heavens always end in death. And under one world government, no one would escape.

So what happened to that plot of ground? After World War II, the Palace of the Soviets was never built. Instead the Soviets had to be satisfied there with the largest open-air swimming pool in the world.

If that were the end of the story, it would be unbearably sad. Man left to half ruin himself with hubris, too dis-unified (mercifully) to finish the job, boasting silly accomplishments while burying millions. It would be farce if it were not so pitiful. But God did not leave us at Babel; He sent the one after whom the cathedral was named: Christ the Savior.

Eventually, the pool was filled in with cement. And in 1995, on the exact same spot and with a layout identical to the original, the Cathedral of Christ the Savior was rebuilt. 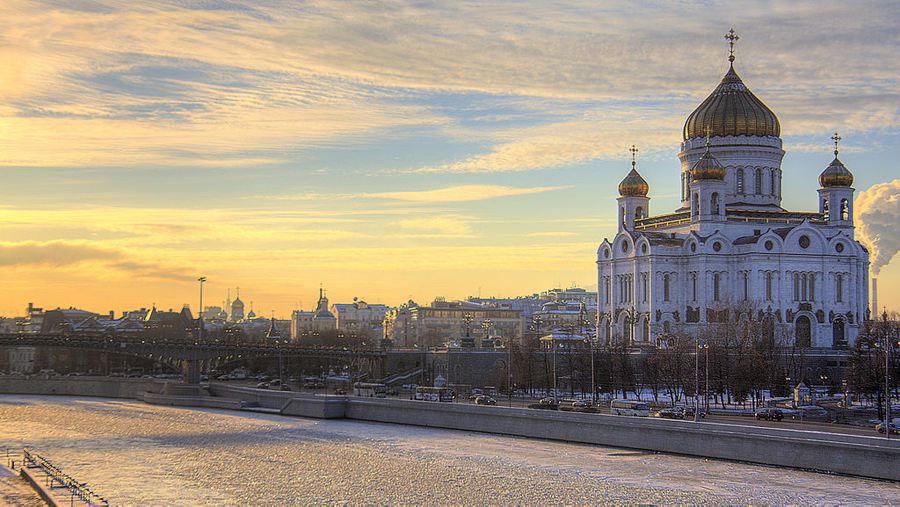 *An addendum, and another delicious irony, from The Stream‘s webmaster, Alan Eason: “As Dante wrote, the site of the old cathedral was turned into a gigantic swimming pool. When I was working in the Soviet Union with some other Iron Curtain missionaries in the ’70s and ’80s, the missionaries would take people there to baptize them (immersion baptism). It was so big that few would notice anything suspicious going on.”