Captain Crozier Should Have Been Fired 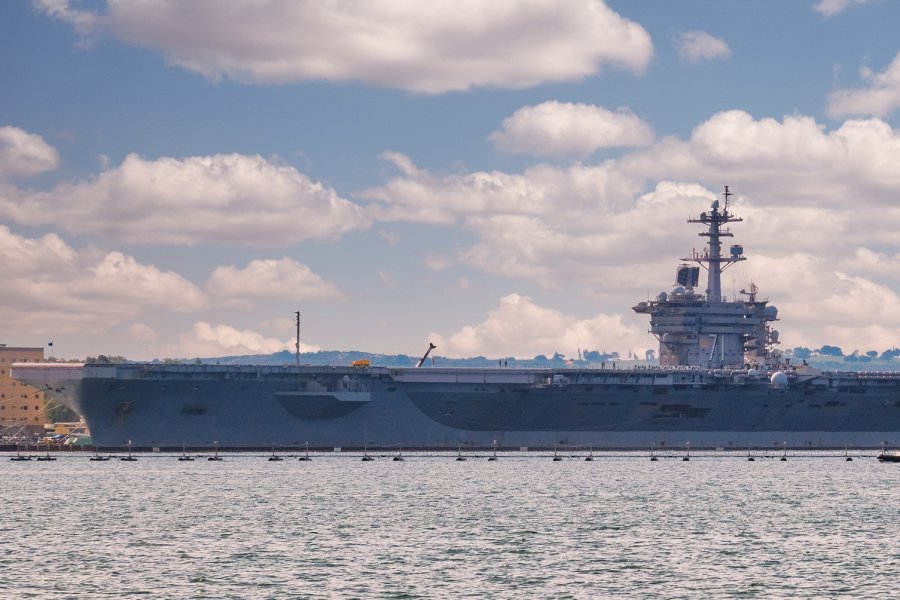 History does give genuine examples in heroic “mavericks” like Joe Rochefort or Billy Mitchell. Is Captain Brett Crozier — removed from command of the aircraft carrier USS Theodore Roosevelt — one of them?

Even the Most Maverick

Like the rest of us, Captain Crozier had to respond to the pandemic based on widely-varying reports. Casual dismissals of the threat abounded, while competing evaluations invoked apocalyptic metaphors. It wasn’t an easy task to set the ideal precaution level. Misjudgments occurred while docked in Da Nang, Vietnam, which resulted in an infected ship.

Whose misjudgments? By every principle of naval leadership, the Commanding Officer’s. No one can be right all of the time. But in a warship’s chain of command, one person is always responsible for decisions made below his level: the commanding officer. The commanding officer is responsible for collisions which happen while he’s asleep, administrative oversights which happen while he’s on leave, or the spread of an infectious disease aboard his ship while information on it is still sketchy.

This is not “fair” by civilian standards, or perhaps by any standards. But millennia of deadly naval experience has taught that it is the only way a warship can function.

Still, the infected ship was not a career-breaking circumstance. Surely we have other infected ships. We just do not know about them.

We aren’t supposed to.

In political scandals, the coverup is often worse than the crime. Where national security is involved, though — as in, the readiness state of an aircraft carrier — the exposure of the blunder can be worse than the blunder.

This is not the first time the readiness of an American force in the tropics has been badly compromised by an outbreak of a disease. However, such medical mini-disasters are not broadcast. The military unit’s deterrent value can only be maintained if such problems are kept confidential. We want them to deter aggression by their mere presence. We don’t want to other actors to think they’re weak and be tempted to aggress.

The Navy Don’t Stand Down

Captain Crozier may not have deliberately leaked the information that led to the world learning of the problems on the Theodore Roosevelt. He did distribute the information widely enough for its leakage to be a virtual certainty.

Why? To many, it looks like grandstanding — striking that “bold maverick” pose. Others say he was concerned for his crew and frustrated by his superiors. It doesn’t matter.

“We’re not at war,” Captain Crozier is quoted as saying. But military priorities don’t wait for Congress to declare a war, to take precedence aboard a warship. Those who “stand down” in peacetime cannot preserve peace. “We’re not at war” is not a reason to reduce readiness or security, but the reward for readiness and security.

The captain made public crucial information he never should have made public. He must have known an email sent out so widely would leak. He certainly knew he should make sure it didn’t.

“You can delegate authority; you cannot delegate responsibility” is one of the ironclad rules of military, and especially naval leadership. This means that a commander can authorize subordinates to make decisions, but the credit or blame is ultimately the commander’s.

And taking responsibility means never, ever making a ploy for media and popular support in the wake of a decision. A politician may go for a sympathy play, but a Captain may not.

Captain Crozier seemed to think his position untenable. Perhaps by the time he broadbanded his plea, he believed he had nothing to lose, and bet his career on a media ploy. If so, he lost.

Or at least, he lost his prestigious assignment. A captain’s retirement salary is impressive, and it is due to him for a long career of excellent service — and for always being responsible for decisions made below his level. Owing to the circumstances of his removal, and the sympathies it generated, he’ll also have a fan club.

However, he will no longer have command of one of our nation’s vital strategic assets. And that is as it should be.

Joe Long, who served in the Navy, holds an M.A. in History from Georgia College and State University in Milledgeville, Georgia. He’s been published in Civil War Historian magazine, the Journal of the South Carolina Historical Society, the Journal of Asian Martial Arts, and at American Greatness online.

This Week at War: A Final Prayer