The Woke hate the Nazis because they secretly agree with them. 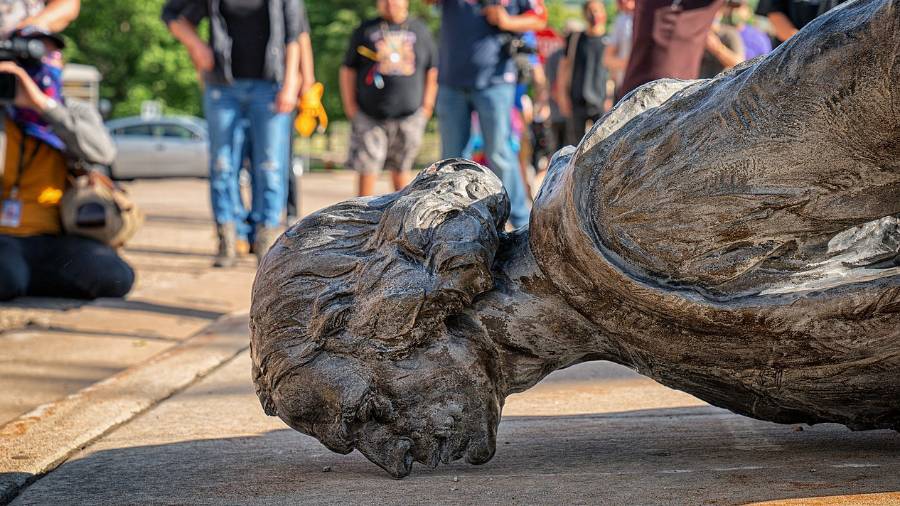 In my last column I channeled “Wokethug,” the Principality or Power who’s coaching both the white racist fringe and our “Anti-Racist” elites. Since today I want to unfold more of the playbook which he’s using, I’m tempted to cast it in his words again, rather than mine. But a little bit of C.S. Lewis-pastiche goes a very long way. No one today writes half as well as Lewis did. The longer you go on trying, the more you risk embarrassing yourself. So pardon me if I’m equally blunt this time, without wearing Wokethug’s mask.

Wokethug’s a busy fellow, managing all his marionettes on millions of tiny strings in a vast centripetal spider’s web. He squats at the center and grins.

Through most of our major media, the actions of Caesar and Mammon, and the mouths of countless pastors, he hammers home his catechism. He’s teaching us, with all the relentless patience of a tireless, bodiless spirit. And too often we mindlessly or wearily assimilate his lessons. It takes so much mental energy to fend off all of them, like constantly swimming upstream. Dear God, I’m exhausted. Aren’t you?

The lies we swat at today mostly aren’t pagan, or openly atheist. They’re infinitely worse. Wokethug isn’t merely exaggerating or hijacking our natural, inborn impulses. Those are merely finite, God-given but fallen. That’s not a winning strategy, in the wake of the Redemption. The vast and numinous truths our forefathers learned, and passed along to us via the Church, are sufficient to warn us away from worshiping rocks and trees. The evils we face today will always be post-Christian evils, more powerful and perverted.

Instead he seizes, mutates and releases as cancers genuine elements of the Gospel. These supernatural precepts partake of the Infinite, as tumors do of our very own DNA. That makes them deadlier, harder to kill. They slip past our defenses, reach out their hands in friendship, then give us the Judas kiss.

Wokethug twists the Scriptures against themselves, as Satan did in the desert. We need the same Lord who rebuked him to step in and save us. All the knowledge we’ve acquired, the arguments we’ve polished, the powers we’ve tried to sanctify to His service … it finally will fail us. Perhaps that’s the lesson we’re meant to learn, which is why God’s allowing all this. (I really don’t know. I’m looking for a silver lining here.)

I’m writing all this by way of recommending an excellent book on church history, written by a German Catholic scholar. The Scandal of the Scandals is a highly readable, well-documented study. It addresses the common objections to Christian faith based on the sins of Christians through history. Read it and you’ll be shocked at how exaggerated, distorted, and sometimes outright invented are many of the charges made against the Christian faith in general, and the Catholic church in particular. Many things Protestants think they know about the Catholic church were in fact propaganda, invented by atheists whose real target was Jesus. They used sectarian differences to plant in the culture time-bombs that finally would destroy the Gospel itself. 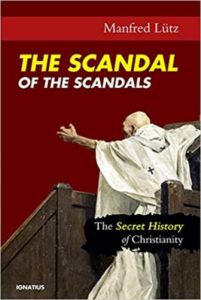 The author first establishes how our current claims to human rights, freedom, and dignity come from nowhere, if not the Church. He shows how the pagan world knew nothing of equality or liberty, as we understand the terms. It made no pretense of caring about the weak or the marginalized. Not even the greatest philosophers, whose insights we still need today, gave a fig about the male slaves who worked his fields, or the slave girls who manned the brothels.

It was only the coming of Christ that spread these Jewish concerns to the pagans. Every objection to Christian imperfections or hypocrisy — to slavery, crusades, religious persecution or clerical bullying — grows out of Christian ethics. And nothing else.

Meanwhile, the very people who dig up ancient or medieval crimes to undermine Christian claims owe their outrage at such abuses … to a worldview that grew from the Gospel. Abandon that, and there’s really no cogent reason to apologize to anyone for anything.Not slavery, not genocide, not rape or even (cue the spooky music) … racism.

Replace Christ with Darwin, and there’s really no cogent reason to apologize to anyone for anything. Not slavery, not genocide, not rape or even … racism.

Should mammals mourn the dinosaurs? Do we owe reparations to descendants of the Neanderthals our ancestors wiped out? The Nazis had this epiphany. And put it into action with grim consistency. I think that fact, more than the Holocaust, is why Nazi evil repels people today, while Communist crimes on a far grander scale elicit a yawn. People are desperate to keep digging up the Nazis and hang them all over again, for one reason only. They have no good secular arguments against what the Nazis did.

The Church’s enemies can’t face the grim bleak nature of Nature, red in tooth and claw. But they don’t want the yoke of the Gospel, which gets in the way of their sex lives. So when Wokethug spits out his doses of post-Christian cancer, they consume it like hungry chicks. They demand human dignity, and a world of equality, justice, and compassion. But they want all that based on natural selection and the survival of the fittest. Yeah, and I want a 1927 Bentley made of Belgian chocolate that flies.

So we see the mobs attacking statues of Columbus. (Note that none of them propose giving their own homes to Native Americans.) Wokethug has taught them that it’s virtuous to dishonor our fathers. We ought to whip up our outrage at the sins, imperfections, or ignorance of the dead. We should step forth and accuse them, with the aid of the Accuser. If they don’t live up to the standards it took 2020 years since the birth of Christ to develop, we’re positively virtuous if we pull them down or smash them. Resist, and you take on all the sins of those you’re defending. Judge quick, so you won’t get judged.

Nobody Gets to Judge You

At all costs, never let the thought run through your head, “How would this person judge me?” Never wonder if the comfortable life you lead, the short hours you work, the wealth you take for granted, would shock your recent ancestors. Never cut them any slack for living in a world without cheap Chinese imports made by Uighur slaves, antibiotics, AZT, Novocain, and easy abortions. They don’t get to judge you. Nobody does.

But of course, at the End, Somebody will. Wokethug would prefer you forgot that till it’s too late.