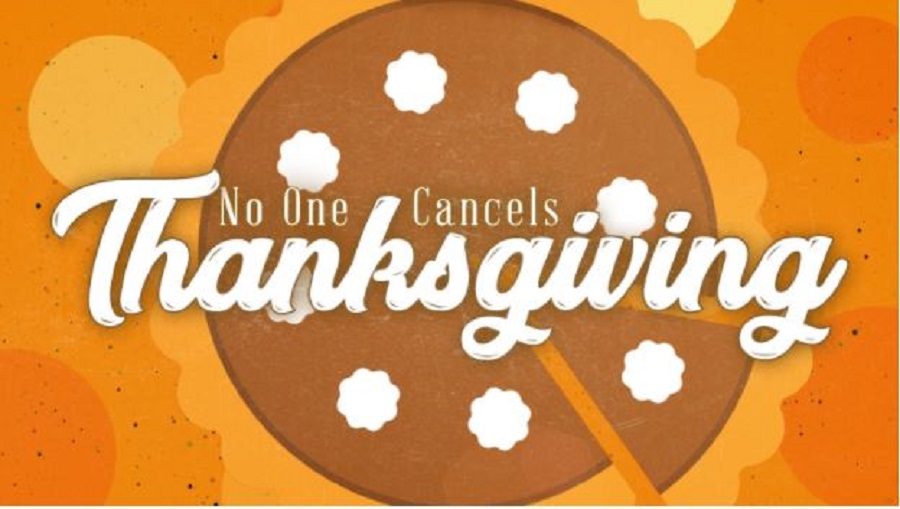 In 1789, President Washington issued a day of thanksgiving proclamation. He asked the nation to set aside Thursday, November 26th of that year. This was so they could “acknowledge the providence of Almighty God, to obey his will, to be grateful for his benefits, and humbly to implore his protection and favor.”

Fresh off of the tumultuous and violent years of the American revolution, Washington’s proclamation acknowledged Almighty’s providence in the founding of our nation. It acknowledged God’s providing “an opportunity peaceably to establish a form of government for their safety and happiness.” It expresses thanks for God’s hand in providing “for the civil and religious liberty with which we are blessed.”

Now, on this upcoming Thanksgiving Day, 231 years later to the day, we have a solemn obligation to gather with friends and family and do the same. The soul of our nation is at stake and the religious freedom of Americans is now in doubt.

Under the guise of COVID-19 restrictions, governments at every level have repeatedly crossed the line of American’s freedoms. This resulted in what U.S. Supreme Justice Alito called “previously unimaginable restrictions on individual liberty.”

The COVID restrictions forced on Americans throughout the country are being used to attack our personal freedoms and religious liberties.

Across the nation churches are kept closed, while judges rule that strip clubs and casinos can be open. Protests and riots continue unabated in the streets, yet government leaders have shut down religious gatherings and targeted churches who dared to open their doors. They’ve arrested people attending outside worship gatherings.

The Goalpost Continues to Move

The goalpost for reopening continues to move. We’re constantly assured that the attacks on our religious freedom is only temporary. David Kinnaman from the Barna Group says that 1 in 5 American churches may remain permanently closed due to the financial strain and drop in attendance.

Yet the self-appointed demigods are not content that they’ve stripped public worship from Americans. Now they are demanding entrance into our homes to cancel our Thanksgiving celebrations.

These elected officials, who have spent the year trying to play God, want to stop our coming together. They want to stop families and communities from gathering and corporately praising the true God who has bestowed mercy and favor on our country.

Do Not Bend a Knee to Tyrants

So, I’m asking Americans to disregard overreaching orders from bureaucrats. I’m asking them to gather to participate in the original intent of the Thanksgiving holiday. The stakes are too high to not fulfill the sacred duty of Thanksgiving that George Washington proclaimed.

We must not bend the knee to tyrants who seek to replace God in our nation and communities. They have set themselves up as the only moral authority and provider of rights and provision.

Now, more than ever, we should be on our knees before our God. We should be thanking Him for His grace upon our land and crying out to Him, in a time of unprecedented national strife, turmoil and unrest.

Abraham Lincoln understood this. This is why, in the middle of the dark years of civil war, he issued a similar proclamation as President Washington’s. Lincoln called for “a day of Thanksgiving and Praise to our beneficent Father who dwelleth in the Heavens.” On that day, God’s faithfulness on America would be “be solemnly, reverently and gratefully acknowledged as with one heart and one voice by the whole American People.”

We Must Seek Repentance

When we gather this sacred Thanksgiving Day, we should not just offer thanks to God, but also seek repentance. Both presidential proclamations stressed this. Washington asked Americans to “beseech him to pardon our national and other transgressions,” while Lincoln called his fellow citizens to approach God with “humble penitence for our national perverseness and disobedience.”

We didn’t arrive at this precipice in America suddenly and without warning. Rather, evils have advanced in our country at times when God’s people have turned a blind eye to injustice, corruption and greed. We must now fervently repent of inaction and apathy. We must pursue the biblical citizenship of involvement in our neighborhoods and towns that God expects of us.

This November 26th, with President Washington and Lincoln’s proclamations as our guide, let us gather together and praise God for the freedoms that He has bestowed on our nation and His faithfulness to our families and country. Then repent for our personal and national disobedience, and cry out to God to heal our land.

Previous generations of Americans would expect nothing less. And the fate of future generations demand it.

Editor’s note: As of November 19, the CDC recommends that Americans not travel for Thanksgiving.