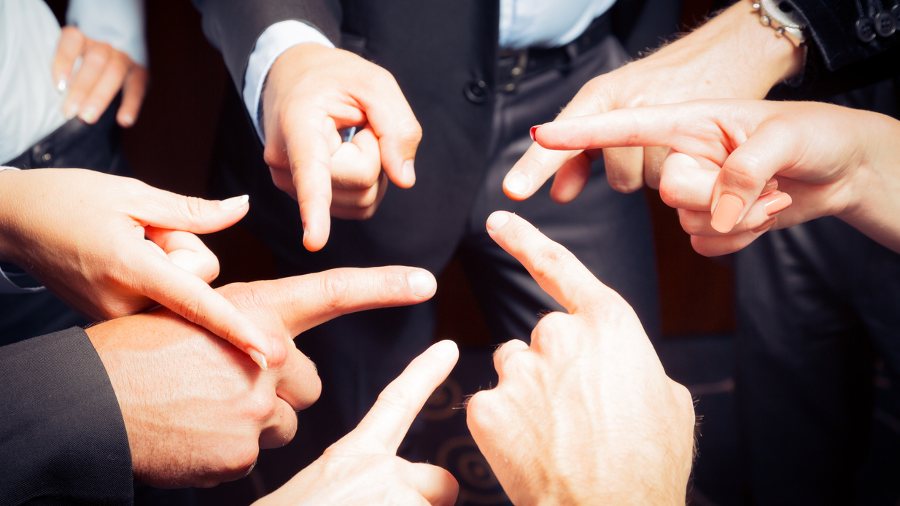 Someone wrote a fairly innocuous post about the topic in which the group is supposedly interested. In passing, he mentioned wokeness. Someone immediately commented that anyone who said anything negative about wokeness had just lost all credibility. That he had identified himself as a member of the alt-right. That he hated minorities, feminists, and homosexuals and wanted poor people kept down.

Someone else jumped in to defend the author of the original post. Soon a free-for-all was in full swing on wokeness, social justice, racism, and sexism. The original topic was quickly left far behind.

I munched my popcorn in the background, and made a few tentative responses of my own. I saw three things becoming obvious.

The Bitter and the Courteous

First, the air was full of acrimony. Most of the acrimony was coming from one side — the side that was accusing the other side of acrimony.

Second, the comment thread lengthened exponentially, and it was ugly, indeed inflammatory, but only from one side. Anything remotely conservative was attacked. Their motives and the morals were impugned.

Third, Conservatives by contrast were relatively courteous. I could see them trying to calm the tone by using Socratic questions rather than making direct claims. Yet the mere fact that they were saying (or even implying) conservative things meant they were being hateful and offensive.

My Comment Was Deleted Because It Was Deemed “Abusive”

One of my own comments was deleted by a Woke admin who archly informed me that “abusive” language was not allowed. All I had done was to suggest that the bias might not all be on one side, the side of the original author.

It became so ugly and unfair, the author deleted the original post to make it all just go away. I suppose he did this rather than leave the anti-conservative abuse there on Facebook for all to see. He might also have wanted to remove the record of Conservatives’ apparent inability to respond. I say “apparent” because I can only guess how much of the better conservative case got deleted. Based on my experience with that Woke admin, I’ve got to imagine it was a lot.

This was cancel culture at its finest. It did not take place in an institution of higher learning. It shows that dis-inviting and de-platforming conservative speakers on campus is only the tip of the iceberg.

Three factors contributed to the cancellation:

These three factors combined effectively to prevent the conservative case from being made, and thus from being heard.

The Left Looked Like They Had the Better Arguments, But Censorship Was at Play

The author of the original post no doubt felt conflicted about taking it down. He had effectively been browbeaten into self-censorship. The Woke legions had won. They had achieved their purpose. Leaving the post up under those conditions would have been just as bad, though. He was sadly in a no-win scenario.

Some will argue that conservatives actually started cancel culture with their boycotts back in the old days of the Moral Majority. Thus they have no right to complain about it now. This is false. Though they boycotted companies they disapproved of, they did not try to stop others from patronizing them.

I know their Christian colleges and seminaries well, having attended two, taught in another, and spoken at dozens. They have an impressive history of inviting speakers they disagree with. They want their students learning modernism from the horse’s mouth.

I myself read (and assigned) a lot more books by liberals for my classes in those institutions than you’ll ever see liberal schools assigning books by conservatives. Conservatives simply do not, as a rule, cancel liberals. So that accusation is just one more example of the Big Lie.

We Must Fight Cancel Culture By Speaking the Truth in Love

Cancel culture on the other hand is a moral virus reaching pandemic proportions. We cannot fight it with masks, lockdowns or social distancing. But fight it we must. So keep speaking the truth in love. Do not be intimidated. Practice self-censorship only when the alternative is very clearly worse. Be charitable with your brothers who have had to make tough decisions about that.

The woke social justice warriors may not be reachable. They are probably too assured in their self-referential righteousness. But I hope some neutral observers in that Facebook conversation noticed a difference before it all went away. We must pray that their tribe will increase. And we must provide it with as many opportunities to do so as we can.

Donald T. Williams, PhD, is Professor Emeritus of Toccoa Falls College. He is the author of 13 books, including Ninety-Five Theses for a New Reformation: A Road Map for Post-Evangelical Christianity (Semper Reformanda Publications, 2021). His website is www.donaldtwilliams.com. He blogs at www.thefivepilgrims.com.