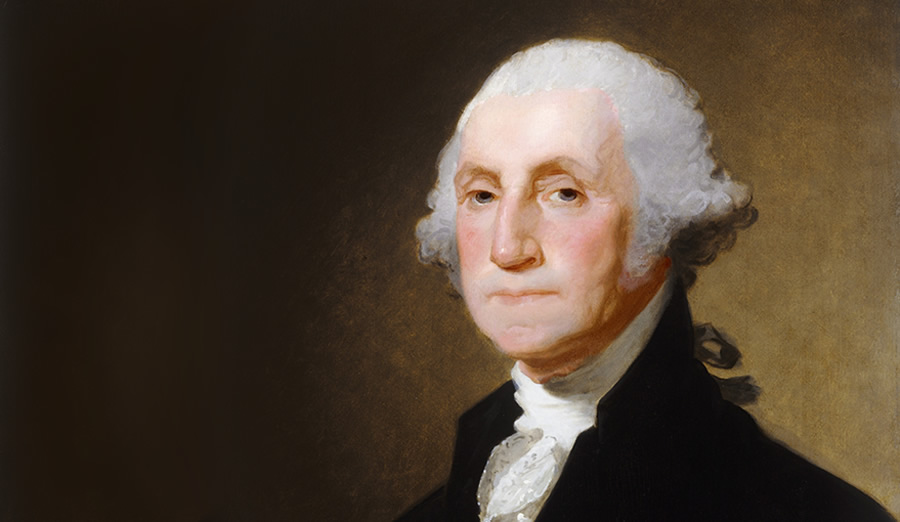 Last week, a letter went out displaying that rare thing in politics: Unanimity. Every single state senator and state delegate representing the counties served by Lord Fairfax Community College signed this appeal to the Virginia State Board of Community Colleges. The school’s leaders have decided to cancel the Colonial American leader (and mentor to George Washington) Lord Fairfax, and change the name of the school. The civic leaders of the region united to protest this airbrushing of the past.

It has come to our attention as members of the Virginia General Assembly that the Lord Fairfax Community College Advisory Board recently voted to change the name of Lord Fairfax Community College (LFCC). We understand that the LFCC Advisory Board has recommended this action to the Virginia State Board for Community Colleges and we write to urge you not to act on this request. Instead, we ask that you recognize the overwhelming opposition from the communities served by LFCC who share a deep connection to the institution and loyalty to its identity.

We share in the opposition to the decision and are saddened by the LFCC Advisory Board’s lack of consideration of community stakeholders’ input, for whom such a decision requires consultation. Further, the allocation of such significant financial resources for changes to the college name reflects poor stewardship at a time when resources should be spent to advance the needs of community college students. We hope that the board will act in the interest of students consistent with our constituents’ overwhelming desire to support the mission of LFCC and preserve the current institution as it is known in the region.

My friend and sometime collaborator, director Ron Maxwell, has long fought to defend historical memory in the face of moral panics. He delivered an appeal at last week’s meeting of the Rappahannock County Board of Supervisors. The Stream reprints it below in full:

In 1748 George Washington was sixteen years old. Although his two older brothers, Lawrence and Augustine had been sent to England for a formal education, after the death of their father there were inadequate funds for George to enjoy the same schooling abroad.

George had to depend on tutoring and the guidance of others.

The two individuals facilitating this education were his brother Lawrence and Lord Thomas Fairfax. When Fairfax migrated to Virginia, he had brought with him his library. A library that he continued to stock all during his life.

It was at this private library that the young Washington read books on the science of surveying, on good manners, on history, biography, literature, poetry, religion, and theater.

It was under the watchful eye of this learned man, this graduate of Oxford and contributor to The Spectator, one of England’s foremost literary and political journals that Washington read the classics and authors of his day. 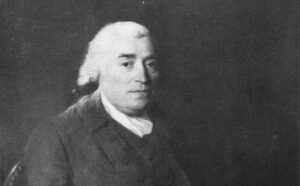 It was in this library that Washington began his lifelong love of plays and the theater. It was here he first read Shakespeare.

When decades later Washington had Joseph Addison’s play Cato performed for his troops in the dead of winter at Valley Forge, it had been in Thomas Fairfax’s library that he had first discovered this play.

Before public libraries there were only private libraries. And thank God for this nation that educated men and women revered book learning and invested their own money in carrying the wisdom, art, and knowledge of the ages to the American frontier.

In short, if Lord Thomas Fairfax should be fondly remembered for anything, it should be for the education he provided the Father of our Country.

Is this not the purpose and calling of educators…to educate?

To connect the youth with their past, with the learning and experiences of their ancestors and their heritage so that they will have a firm foundation on which to build the future?

Having assisted in the training of George Washington in the skills of surveying, Lord Fairfax employed him from 1748 on, to survey his properties across the Valley and Piedmont, including parcels right here in Rappahannock County.

Sneering at Our Ancestors

In his letter to the Rappahannock News, on the newsstands right now, Mr. Mike Wenger asserts with solemn authority that Fairfax “never had to work…he was not a scholar or a great military leader…He left no significant contributions to the political development of colonial Virginia.”

The truth is that Lord Thomas Fairfax did work.

As is well documented in the archives of the Commonwealth, he served as County Lieutenant and as Justice of the Peace.

At War With Our Own History

Now ladies and gentlemen, imagine discharging your duties in the middle of a war – a war fought right where we live.

[Because] while discharging his responsibilities Lord Fairfax and his fellow Virginians were at the very center of the most momentous global conflict of their day. Two great empires – France and Great Britain – were facing each other along the entire length of the Allegheny Mountains, from the Blue Ridge in the south to the Adirondacks in the north.

Between them were arrayed a host of indigenous tribes, the Cayuga, Seneca, Huron and Iroquois. The French, the English, and the Native Peoples – all armed to the teeth and all fighting to the death for the land they claimed as their own.

The truth – as the records show, in military reports, in debates over financial support and in copious correspondence between Lord Fairfax, Governor Dinwiddie, members of the House of Burgesses, General George Braddock, Major George Washington; with the Houses of Parliament, the Duke of Cumberland and with King George II himself – is this.

Scorning the Men Who Made America

Thomas Fairfax was completely and desperately engaged with his fellow Virginians in the defense of this colony. He was an essential participant in the foundation and defense of the Old Dominion – when it found itself confronted by nothing less than an existential crisis.

The French and Indian War, which began with Major George Washington on May 28, 1754 at Jumonville Glenn and afterwards at Fort Necessity – would continue for seven long bloody years before England and her colonies emerged triumphant.

There is much Virginia blood in the ground we call our own. How easy it is, two hundred and seventy years after the fact, to pretend it never happened.

That Lord Thomas Fairfax made “no significant contributions to the political development of colonial Virginia.”

That we are all here today, living in this great land, by magic.

That no one risked his life, his fortune, or his sacred honor to bequeath to us this country. Does the life of Thomas Fairfax really matter to us now?

A Ritual of Self-Congratulation

Let’s erase him – since we are so much better than he ever was. In the sanctimonious words of Kim Blosser – “it’s not a name that lives up to how good we are.”

On the eve of the revolution in 1775 the thirteen colonies were divided between Patriots who fought for independence and Tories whose loyalty remained with the Crown.

A full third of the population however, immune to these partisan passions, sat on the fence, warily taking this side or that depending on which way the wind was blowing.

Now General George Washington and the now aging Lord Thomas Fairfax found themselves on opposite sides of this great conflict. How did they conduct themselves?

To his credit, Lord Fairfax kept his opinions to himself, remaining quietly at Greenway, never undermining his old friend.

And to his credit, General Washington never insulted, maligned, or bothered his old friend and mentor. For George Washington, friendship and personal loyalty was never sacrificed to the expediencies of the moment.

Pretexts for Airbrushing the Past

In 1781, less than two months after the Battle of Yorktown, Lord Thomas Fairfax died at the age of 88.

Like almost all large landowners of this time, whether in Virginia, the West Indies, Brazil, Cuba or anywhere else in the New World – Fairfax owned slaves.

He bought and sold human beings.

One doesn’t have to be Woke to understand how vile and abhorrent slavery was.

But in the middle of the 18th century the whole world practiced slavery. As well as child labor, wars of religion and a host of other horrors no people of compassion countenance today.

Can we not see people as they once were, in their full humanity? Imperfect then as now. Striving then as now. Might our own descendants two hundred and forty years from now look upon us in the same way?

Moral Narcissists, Gazing into the Mirror

Otherwise, can we have a continuity of culture, history, or heritage? Do we have a shared humanity with both our ancestors and our descendants? Or are we simply set adrift, floating on an imaginary foundation made up of little more than the thin air of our own puritanical rectitude and moral narcissism?

As Robert Penn Warren once wrote, “Moral Narcissism is a peculiarly unlovely trait.”

By the standards of the LFCC board we will soon embark on a re-naming crusade – as cities, counties, towns, parks, roads, and institutions of higher learning named after any of the generation who founded this country are removed and replaced, one by one.

No longer shall our children be taught to know and respect the names Jefferson, Madison, Henry, Hamilton, Monroe, Marshall, Mason, Franklin, or Washington.

Whose names will be propped up to replace them? And which committee of public safety will devise the new approved list?

Bringing on the Totalitarian Year Zero

My friends – here’s the question we must ponder. Is the re-naming of this college about education or is it about indoctrination? When we pull the floor out from under our children, how far will they fall?

Prior to 1492 the Western Hemisphere was inhabited by only its indigenous peoples. Between then and now much has changed. We cannot turn back the clock – even if we wanted to.

It’s called history. Our history – the history of humanity.

To try to dial it back here – or to dial it back there – to perch on high as inquisitors enforcing the orthodoxy of our particular moment in time, is an obnoxious and futile endeavor.

The fact of the matter is that we the living are the embodiment of all who came before us. They are all our ancestors. It’s who we are.

Mr. Wenger’s actions on the LFCC board have brought neither harmony nor peace to this community.

The opprobrium he has heaped on old Lord Fairfax has fallen instead upon his and this college president’s head. Good intentions aren’t sufficient when turning the world upside down and inside out.

Ronald F. Maxwell is the director of Gettysburg, Gods & Generals, Copperhead, and other films.