Canada’s Gender X Passports and the Denial of Sexual Difference 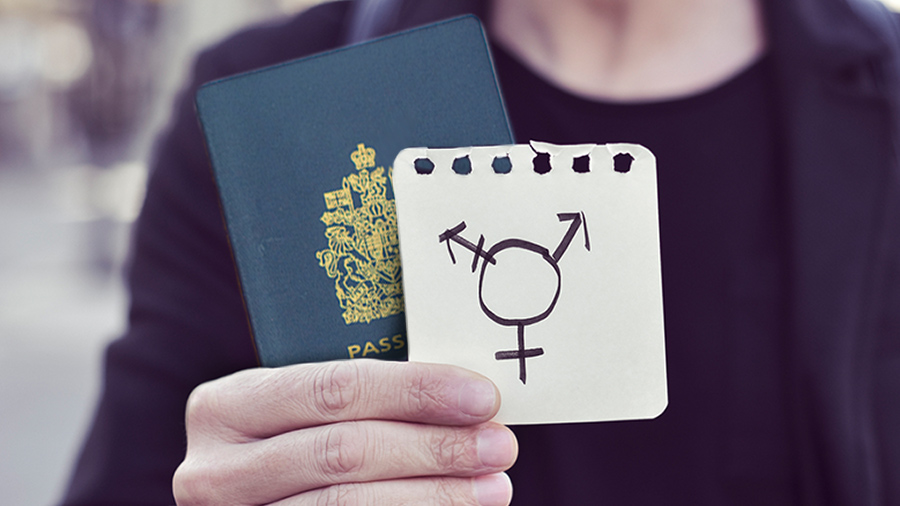 On August 31, 2017, the nation took the gender identity revolution to a new level. They announced a new designation for those who consider themselves an “unspecified sex.” Those not sure of their “gender identity” can get an “identity x” passport.

Compelling Society to Deny the Truth

Supporters of the Gender Identity Movement claim we have the ability to choose our own gender. They have set in motion a huge cultural revolution. Using the courts and legislatures, as well as major media and Facebook, they seek to compel those who disagree to deny the truth. People who believe in the difference between the sexes face abuse and discrimination. Even prosecution.

This is societal lunacy. Here’s one of the latest examples.

A first-grade girl in a California charter school was sent to the principal’s office for “misgendering.” She called a little boy by his name on a playground. The boy was “transitioning” to becoming a girl.

The teacher used him as a prop in class. She had him leave the room as a boy and come back dressed as a girl. She ordered them to call him by his new chosen name. Then she read them two strongly pro-transgenderism books.

Several parents complained they were not told the teacher was going to lead the first graders in a discussion on “transgenderism.” They objected to not being allowed to opt out.

The response from the school leadership: They did not need to be informed. They were not allowed to opt out.

What’s called “sex change” or “gender reassignment” surgeries is another example. Removing a person’s genitals and giving them artificially constructed ones does not change the reality of who they are.

Men and women are designed to conceive children together. Women are designed to bear them. People with artificial genitals can’t do that. For example, a transexual woman may look like a male, but she can’t generate sperm as a real male does. The appearance must be sustained by massive doses of synthetic hormones.

Every human cell shows us whether we are male or female. That is a given. It is a gift. Removing the real genitals isn’t helping someone become who they truly are. It’s mutilating them.

The American College of Pediatricians sees this. They strongly condemned such surgeries for children. They called on “healthcare professionals, educators and legislators to reject all policies that condition children to accept as normal a life of chemical and surgical impersonation of the opposite sex. Facts — not ideology — determine reality.”

But for many of the most powerful groups in our culture, ideology determines reality. That ideology is the Gender Identity Movement.

That was bad enough. Now western culture has taken the next logical step. It sees the human body not just as an instrument, but as a machine. Because it’s a machine, you can change the parts if you want. It’s not just a thing to be used. It’s a thing to be reconstructed.

In 2012, Pope Benedict XVI addressed the Roman Curia on this subject. We all deplore the manipulation of nature when we’re looking at the environment, he said. Now, our society sees manipulating our nature as “man’s fundamental choice.”

“From now on there is only the abstract human being, who chooses for himself what his nature is to be,” he said. Among many losses, we lose the understanding of “man and woman in their created state as complementary versions of what it means to be human.” A healthy human society needs men and women to be who they are, to put their different gifts together for the common good.

We also lose our knowledge of the family as “a reality established by creation,” Benedict noted. “Likewise, the child has lost the place he had occupied hitherto and the dignity pertaining to him.”

The Gender Identity Movement rejects what the natural law and medical science tell us about male and female. The gender identity revolutionaries have determined they are the Creator. They want to force the rest of us to submit to their error.

A Canadian “Gender X” passport will let you leave the country and come back again. But it will never change who you are.