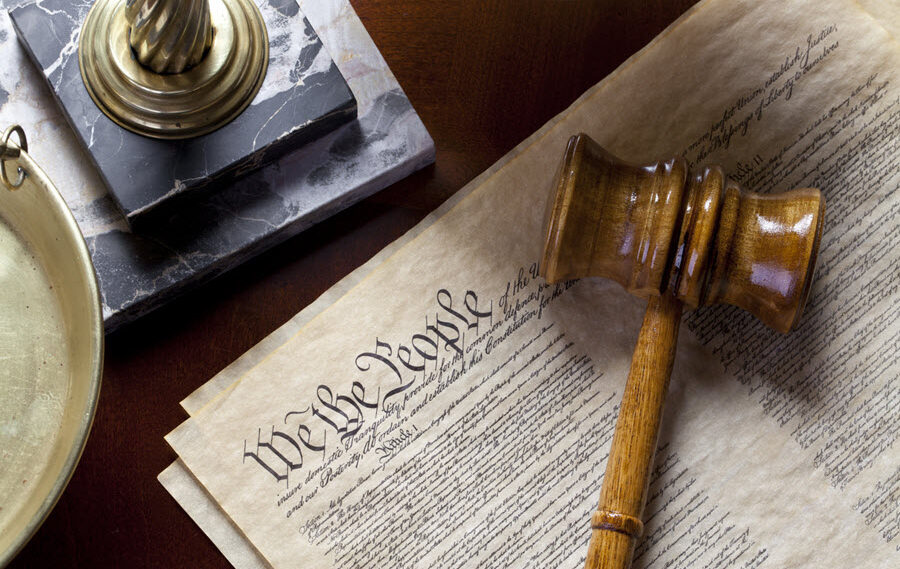 The future of our nation’s freedom hangs in the balance. This is about much more than an election. If the American people cannot trust our national institutions—from the executive branch to the legislative and judicial—we have scrapped far more than the Constitution. We have cast aside the greatness of our founders’ desires, courage, sacrifice, and unquestionable wisdom, leading to the fruition of the greatest nation in the history of the world.

In light of the prosperity and benevolence of our nation, respected spokesmen have said, “Second only to the birth of Jesus Christ was the birth of America.” Nothing can actually compare to the birth of Christ, but the miraculous birth of America is undeniable. In light of our present election dilemma, if truth does not prevail, the future is dismal. It can easily prove to be the certain end of hope, peace, security, stability, and life, with all the blessings freedom makes possible. Freedom as we have known it will be tragically limited, not only here at home but around the world. This does not have to happen on our watch—it must not happen!

Prior to the 2016 election, FBI agents and others within government actually set in motion methods by which they would defeat, impeach, and do whatever was necessary to destroy Trump, if and when he won the election. It’s hard to believe that some bureaucratic agencies established to help protect freedom would become agencies of a horrific assault on freedom. The individuals and agencies committed to overthrowing the election results found whole-hearted, unwavering support by what seems like 90 percent of all national media sources. They refused to report or acknowledge many undeniably positive achievements during President Trump’s entire term. It is difficult to imagine something happening like this in America, “the land of the free and the home of the brave.”

The agencies commissioned to protect us became agents of corruption and deceit. They spent four years using their power to examine the leader of the executive branch—the President of the United States—with the intention of destroying him.

Never have we seen such an assault by so many agencies as what we witnessed unwaveringly for four years. Members of the legislative and judicial branches claimed it was a “search for truth.” With all the examination, accusations, animosity, and sheer hatred, they could not find guilt. The truth revealed that the accusations were ill-founded, unsustainable, and wrong.

In the midst of all their assaults, the nation prospered because proven principles were put back in place. With the exception of the pandemic, our nation has been blessed in every possible way over the last four years because of principles that line up with biblical truth and have been historically confirmed. When following those principles, the people are blessed; when forsaken, the consequences are damaging and even devastating.

So I’m asking: Why can’t the legislative representatives and the judicial system examine the recent election and commit several weeks to prove it was honest? Convince us. Or if, in fact, the proof is there, that it was not honest—even fraudulent, manipulative and destructively deceptive—then show it to the American voter and “right the wrong.” If we don’t do it, the American people will sincerely ask, “Why vote when the system has proved our will and our opinion do not matter?” We have to prove to the American citizens that we can trust the process.

My wife and I have voted in every election since 1960—with our ID and voter registration in hand, waiting in line. We love America, and that’s why we do it. If we had to vote online or by mail, we would want to know for certain that every vote is counted and verified as a legitimate ballot cast by a living American citizen. This should be the will of the American people. Failure to ensure honest elections will destroy the future blessings that only freedom offers.

The Truth Must Prevail

It’s not about the candidate—it’s not about Trump or Biden. It’s about the truth. How can anyone who loves America, who claims to love God and their family and hold faith and freedom in an important place, not demand that we know the absolute truth? If there were ballot dumps after the polls were closed late in the night and they kept bringing in dumps of votes—swinging the pendulum against all the historical trends and related statistics—why can’t we see proof that they are legitimate votes by identifiable, living, registered voters?

If we can spend four years trying to prove accusations to be true, why can’t we now pause long enough to examine the concerns, questions, accusations, and even signed affidavits of people risking their own safety to seek the truth? Prove to the American people that the outcome, which flies in the face of previous prevailing trends, actually happened. Those of us who love faith, family and freedom deserve to know; and those who hurt faith, family, and freedom deserve to be exposed.

All of our intelligence agencies understand the importance and reliability of statistical impossibilities. The extremes in this election should cause everyone to pause and seek undeniable truth for the sake of the future of voting and confidence in the election process. We must settle this concern.

Betty and I, as citizens of the United States of America, who are not committed to personalities, politicians, or parties, but to proven principles and the truth that makes us free, and is essential to keep us free, are asking authorities to extend the deadline and do whatever is necessary to reveal the unadulterated truth about this election. Stop the sheer nonsense. Let truth prevail! Freedom’s future depends on it.