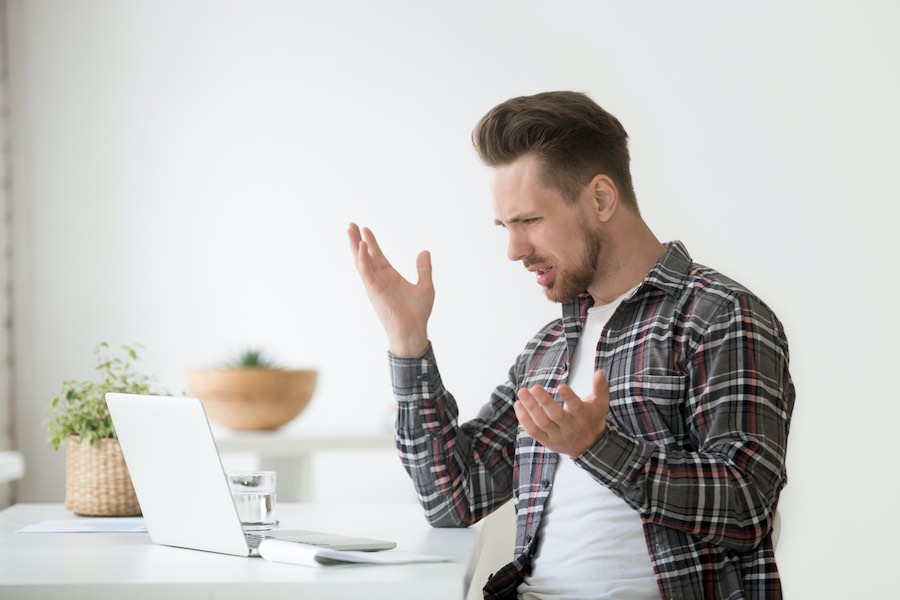 Religious debate on the internet is ugly. Atheists play by nasty rules. Masters of the putdown, they’re especially good at, What’s wrong with you Christians? Why haven’t you noticed how stupid your faith is?

How many of these have you heard?

It isn’t the questions that bother me. I’d gladly dialogue with anyone on any of them. It’s the smug, triumphant attitude that comes with them: “Ha! I’ve got you now! You never thought of that one before!”

Actually, we have. A lot. I don’t know how many times I’ve told atheists online, “No, you didn’t just stump us with that all of a sudden. We have libraries full of solid, tough thinking on that question.”

Not That Hard After All

The questions are fine, and when asked in good faith, I love answering. And we have good answers, or even great answers.

Or how about, “Religions are all the same”? Sure, if you don’t count the way their views of God, creation, the meaning and purpose of human life, what it means to be saved (or the equivalent) and how one attains to it, what and how to worship, and the right moral behaviors. Leave those things out, and religions aren’t all that different. As if all that were irrelevant to religion!

So My Point Is…

So this is the point in the article where you’d expect me to write something like, “The point is, internet atheists don’t know what they’re talking about.” It would fit here just fine if that were my point – but it isn’t. Sorry. I’ve been setting you up. I’m heading in a different direction altogether.

I suspect a lot believers were nodding our heads, thinking, “Yeah, that’s rotten of them to think we’re so stupid.” A lot of us need to look in the mirror, though. If internet religious debate is nasty — as it is — it isn’t just the other guy’s fault. Yes, atheists play by ugly rules. It’s a real problem, and a frequent one. I don’t like it when I see it, which is really quite often. But I like seeing Christian brothers doing it even less.

I can’t call on atheists to change their ways. They wouldn’t listen to me, and I don’t know who I’d even point to, as a good atheist thought-leader example for them to follow. From Richard Dawkins to Jerry Coyne, from Hemant Mehta to Aron Ra, their most prominent people are filled with smug arrogance.

We Can Raise the Level of Internet Religious Debate

Believers, on the other hand, do have good examples we can follow. I think of the late Ravi Zacharias, who never forgot he was answering a person, not just a question. I think, too, of Greg Koukl, a master of the patient and caring, yet solid, direct, and well-informed response. Above all, I think of Christ, who knew how to answer, when to answer, and how to walk away from those who weren’t ready for an answer.

It’s painful watching fellow believers descending to atheists’ level on the internet. We let them set the table and define the rules, and we act as if we have to follow them.

Sometimes they’ll even demand it. Once I was trying to disengage from an atheist with whom conversation was obviously going nowhere. He didn’t want me to stop, which is another way of saying, he wanted to control my time and attention. He thought he had a great way to force it on me. “You’re a Christian,” he said. “You’re supposed to witness to me.”

Jesus didn’t let his antagonists set the rules, and we don’t have to, either. Atheists may treat us as if we’re stupid; we don’t have to answer in kind. They may think it’s all about the debate and the question; we can remember there’s a human being on the other side of that computer screen. They can snark at us; we don’t have to snark back.

We Can Open the Way for Real Conversation Instead

And while they may have all the time in the world to throw challenges at us, we can walk away, once we’ve seen they don’t intend to listen to their answers.

I’ll end by emphasizing that final point. If there’s one quick and easy wish I could have for internet religious debate, it’s that most of them would be much, much shorter. I wish Christians would disengage from unfruitful debates, and spend that time studying, praying, or even mulching the flower bed instead.

Maybe if we cut the fruitless debates, real conversations would rise to the surface. No ugliness, just respectful dialogue. And wouldn’t that be nice for a change? Let’s try to do our part to get it there.