Society is mass-producing loners — a major risk factor for violence. 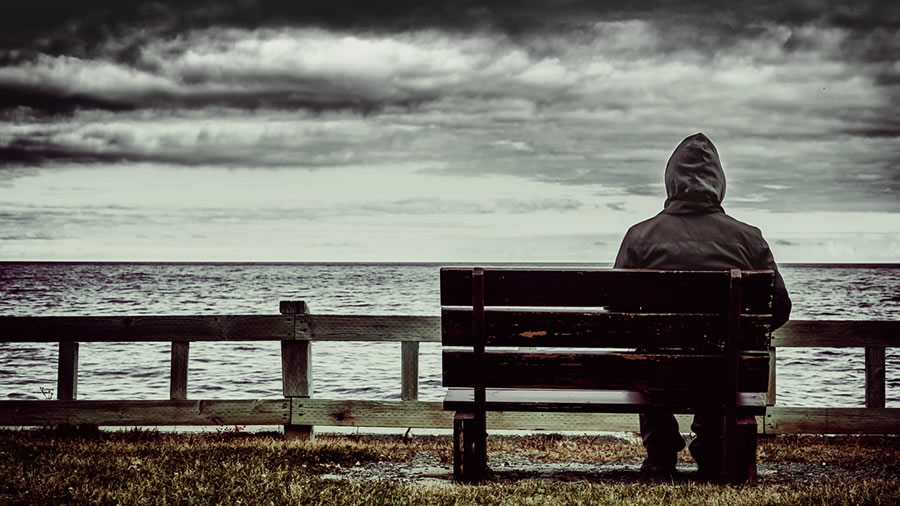 Recent shootings serve to highlight how we live in times that are violent and lonely. Young shooters are breaking the precarious rhythms of our daily lives with tragedy. We know little about them. However, one thing they all have in common is loneliness.

The Loner as Ideal Revolutionary

In times past, subversives would seek strength in organization and numbers. They would conspire with others to carry out their nefarious deeds. Intelligence services could trace links and patterns to uncover vast conspiracies.

The loner finds his strength in loneliness. He does not need or seek others. There is no organization or headquarters. He slips quietly under the radar until he unleashes his silent and irrational wrath. As with suicide bombers, the loner is willing to die in his first and final act. Society has little defense against his unpredictable movements. Law enforcement cannot take preventative measures in the face of a past of non-engagement.

There is not even a set of established beliefs for loners. What is erroneously labeled “white supremacist ideology” is usually a self-made mish-mash of contradictory (and often liberal) ideas with little rhyme or reason to them. Analysts like to refer to a process as “online self-radicalization.” Shooters’ “ideology” is more likely the scrambled ramblings of broken individuals who rebel against life and society.

What makes this scenario more frightening is that loner demographic is growing. Young people who normally become increasingly social as they mature are retreating into themselves. Society is mass-producing loners.

A recent YouGov poll of 1,254 adults 18 and up found that 30 percent of all millennials (age 23-38) feel lonely. It was the highest percentage of the generations surveyed.

Some 22 percent of millennials polled claimed they had zero friends.

The findings are alarming by the devastation they reveal. Some 22 percent of millennials polled claimed they had zero friends. Twenty-seven percent had “no close friends.” Those with “no best friends” registered 30 percent. By comparison, the numbers for those who said they have zero friends among Gen Xers and baby boomers were 16 percent and 9 percent respectively.

The picture gets worse when considering Generation Z born after 1996. While the YouGov poll did not include this generation, other surveys report high or even higher levels of loneliness among its members. Finally, since loneliness tends to increase with age, researches expect the vast baby boomer generation to descend into greater loneliness as they age.

Thus, we have become a nation of loners. Not every loner will become a mass shooter. However, lonely people lack the support they need to cope with the frenetic intemperance of modern life.

People are lonely because the social units that facilitate interaction are coming apart. Families are disintegrating. Communities are fraying. People are retreating into themselves, and that spells disaster.

If we are to prevent violence, we must address the cause of the problem to be effective. It is not something a government program will resolve.

The tragedy of the lone shooters is their isolation. They lack the family links of intense affection. Few people will make an effort to connect with the loners.

Everyone knows they need help — especially after the fact. Everyone generally reports on the bizarreness of the shooters’ behavior. Some are not surprised by the news of their evil acts. In the busyness of their daily lives, most people have no time to reach out or take action, even when evidence points to serious problems. The loner is out of sight and out of mind.

Thus, people propose red flag laws that would allow police to intervene in cases where such individuals appear dangerous. However, these measures are of limited effectiveness. Of what use are red flag laws when there is no one to wave the flag? Of what use are background checks into the lives of loners with no background? How effective can we be in curbing the present cases when the nation is mass-producing loners on a grand scale?

These are all questions that must be asked if the violence is to be stopped.

However, this is beyond the scope of law enforcement to resolve. Police cannot put all loners under surveillance for crimes they have yet to commit. No police force has the resources to be on the watch for everyone who is possibly dangerous.

That is why any effort to stop this violence must address a society without a moral compass. We must make every effort to reach out to the loners around us with a moral message. By fostering strong family and community ties, we help prevent the appearance of more loners.

However, in the absence of family and community ties, the options are limited. We should have no illusions. The only real solution for the violent loner must be to a higher power. We, as a nation, must have recourse to God in the face of a moral crisis that affects all.

Thus, we can teach our nation of loners to pray so that they might convert. There are countless examples of such loners who have left the dark path through the power of prayer. However, we must, above all, pray for all who suffer from violent loneliness, asking for God’s aid. Only He can break the vicious cycle of violent loneliness. Only He can always be there when needed. He can solve problems that for us are impossible.