‘Can I Pray for You?’: State Trooper Pulls Over Woman for Speeding. Ends Up Praying With Her Cancer-Stricken Father 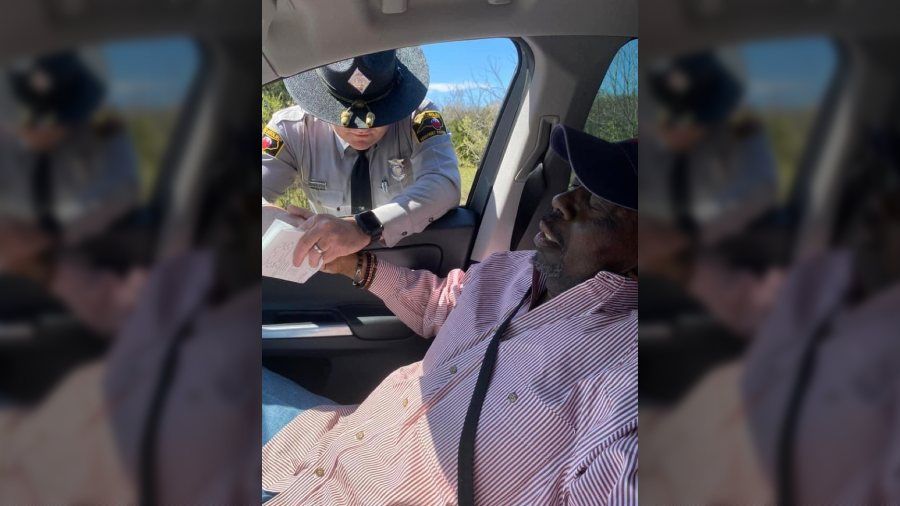 It was a bright sunny day when Ashlye Wilkerson picked up her father from cancer treatment at Duke University Medical Center. She was driving him, her daughters and her mother, home to South Carolina when she saw a state trooper hit his lights behind her. She didn’t realize she was speeding. Her father, Anthony “Tony” Geddis, tried to calm her down, CNN reported.

When the trooper came up beside the passenger door, where Geddis was sitting, he asked Wilkerson if she knew how fast she was going. He then asked for her license and registration. Geddis told the trooper, “This is my baby girl. She’s driving me home from a chemo treatment at the cancer center at Duke.”

Trooper Jaret Doty of the North Carolina State Highway Patrol didn’t say anything. Just nodded, took Wilkerson’s information and went back to his car. He didn’t return for a while, and Wilkerson wondered out loud what was taking such a long time.

Deciding What to Do

Doty says he knew Geddis was in pain because he learned how to read body language during his time as a trooper. He also noticed how Geddis spoke up to defend his daughter. “I could tell she was a daddy’s girl,” Doty said. “I would do the same for my daughter.”

As Doty sat in his car, he thought about what he would do. He decided against issuing a ticket to Wilkerson. Instead, he walked back to the car. Geddis’ daughter recorded on LinkedIn what happened next. She wrote in the open letter to her father:

When he came back, he asked you if he heard correctly that you had cancer. Once you confirmed, the officer took a deep breath. He sighed and said that he too had loved ones who battled cancer as well. He asked if he could pray with you. You welcomed the prayers with gratitude and informed him that you’re a deacon of your church. You proudly shared your love for Christ and your belief that God’s will would be done. When you all were done, there was a small silver cross that he placed in your hand for you to keep with you as a symbol of your faith.

Wilkerson captured the moment the men prayed. She said she did it to remind herself of two things. “1 – You always protected me even through your final days; and 2 – You were a fighter, firm believer in Christ, and a praying warrior.” She added, “I’m so grateful for your love, guidance, and example.”

After Trooper Doty prayed with Geddis, he told Geddis, “I just want you to know that you have someone else praying for you on your journey.” He stood up to walk away. “Ya’ll drive safely.”

Doty told CNN that the story was not about him. “I don’t want any recognition. I didn’t do anything. This man lost his life and this daughter is honoring him. I want her to be able to honor him the way she wants, and not for something I did.” Doty said that he often prays for people he stops, but his prayer with Geddis was a first. “This was the first and only time that I ever verbally requested and prayed for somebody out loud on the interstate.”

Wilkerson now has the silver cross that Doty pressed into her father’s hand. It’s a memory of the encounter, and a reminder of the prayer the men shared.

After Wilkerson posted the letter on LinkedIn, it spread to other social media. She added a message to her father: “Don’t fuss at me too much. I know you didn’t like posting on social media yourself. But you’re just too amazing not to talk about. I love you, dad. Your legacy is safe with me.”