Can You Help? Deadliest Storm in 30 Years Devastates Mozambique

The Mission Feeding food factory of our parent organization LIFE Outreach International has been damaged. We're working to repair it and get people fed in the stricken region. 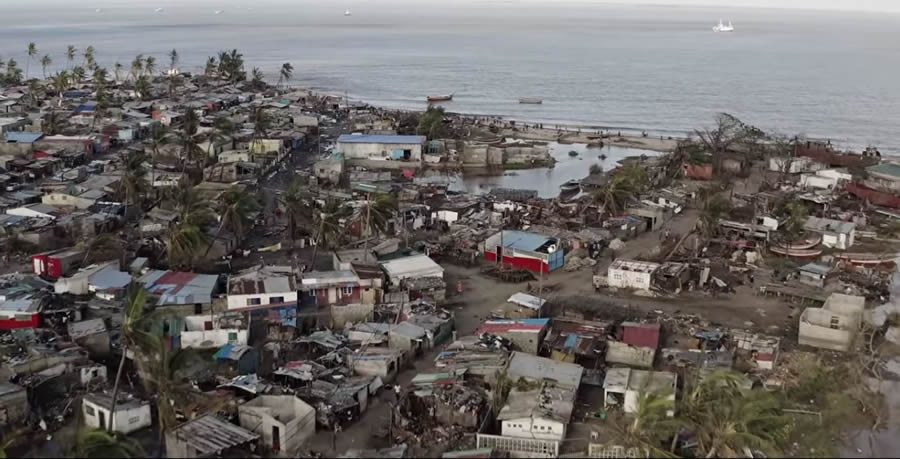 On March 11, 2019, the deadliest storm in 30 years hit Mozambique. Cyclone Idai was equivalent to a Category 3 hurricane, reported AccuWeather. Death tolls from Idai had risen to 843 as of Tuesday.

The town of Beira suffered the worst of the storm. Many thousands of people have been displaced in the aftermath of the cyclone.

Dr. Matshidiso Moeti is the World Health Organization’s (WHO) regional director for Africa. “The next few weeks are crucial and speed is of the essence if we are to save lives and limit suffering,” Moeti said in a statement. WHO stated on their website that the more than 128,000 people in temporary shelters are at high risk for cholera, especially when they do not have clean drinking water and conditions are not sanitary.

As of March 27, doctors had diagnosed 2094 people with cholera, Sarah Cumberland, communications officer for WHO, said in a statement. “The vaccines (close to 900,000 doses) arrived on Tuesday and the campaign started within 24 hours. On the first day they vaccinated more than 30,000 people in Beira. Today the campaign expanded to three other districts.”

The concern, however, isn’t limited to a cholera outbreak. “The focus is not just on cholera, but malaria prevention and treatment, ensuring people living with HIV or TB have access to their medicines and that people can access essential health services for ongoing needs including childbirth and common illnesses.”

Dr. Djamila Cabral is a WHO Representative in Mozambique. Cabral said that more than 100,000 people have lost their homes and all of their possessions in Beira alone.

LIFE Outreach International founder and Stream publisher Rev. James Robison said in a statement that the ministry’s Mission Feeding food factory also sustained damage. Help is needed — to feed the children and assist those affected by Idai. “Mission teams are working long hours to keep producing food so children can be fed, and also continue assisting the people of Beira in the aftermath of this disaster.”

Robison asked for prayers for workers, many of whom have lost their homes as well.

Please pray for those in Mozambique who have lost so much and are at great risk for contracting diseases. If you would like to help feed the children there, please donate here.

Mozambique Hit by a Second Cyclone: Local Shares How His Community is Coping