Can Evangelicals Vote for Trump? A Hard Yet Easy Decision 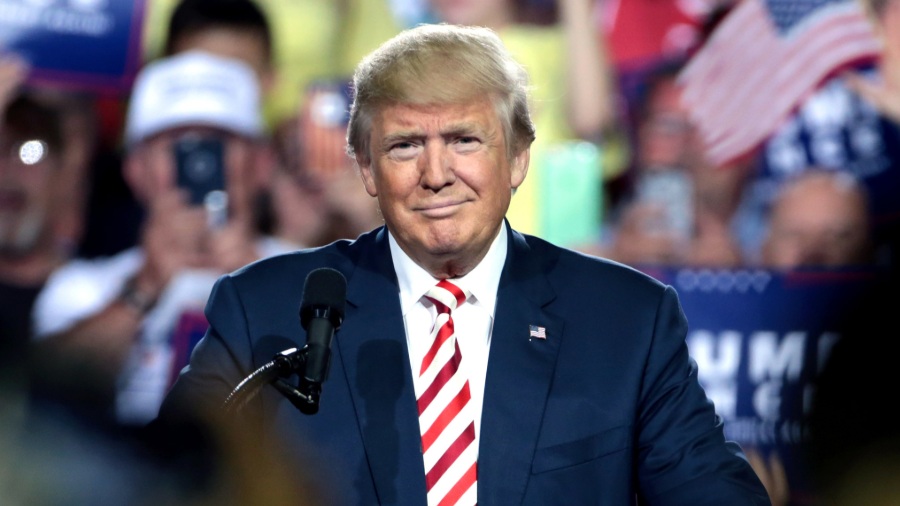 How can evangelical Christians support a so-called rogue like President Donald Trump? And more important, is our support for Trump destroying our witness for Christ?

Trump critic Peter Wehner is Senior Fellow at the Ethics and Public Policy Center. He’s an evangelical with a conservative background, and someone I admire. He took another of many whacks at pro-Trump evangelicals in The Atlantic earlier this month. His views mirror other anti-Trump evangelicals such as David French and Michael Gerson.

Wehner called Christian support for Trump a “crisis.” He accused evangelicals of moral “hypocrisy.” It’s because they tolerate a leader with a past of womanizing and a present of ungracious, divisive power-punching. “[T]he crisis in American Christianity will only deepen, its public testimony only dim,” he warned. “[I]ts effort to be a healing agent in a broken world [will] only weaken.” He warned that the flight of youth from churches is greatly due to evangelical support for Trump.

As an evangelical who shares Wehner’s concern for our faith’s witness, let me try to answer his concerns.

I didn’t vote for Trump. After a life of Republican activism going back to Reagan, I voted for no presidential candidate in 2016. I did so for the exact fears expressed by Wehner. My wife voted for Trump only “for the babies” due to Hillary Clinton’s rabid abortionism. I understood that. I refused to judge my brothers and sisters who voted for Trump. I knew it was a hard call.

Space for Christians to Touch Lives

On one hand, his presidency poses the risk of impeding the evangelical witness. It’s because of our perceived attachment to his baggage. On the other hand — the part Wehner doesn’t sufficiently contemplate — Trump’s presidency offers cultural and spiritual (yes, spiritual) space for evangelicals to touch lives.

This space is precious. It is space to influence those around us for Christ in tens of thousands of small but important ways. These are ways that will likely not be tainted by perceived association with Trump. At least not as much as Wehner fears. They include: Personal interactions at work. Conversations on college campuses. Community-impacting businesses. Having a say in our kids’ education and spiritual formation. Outreach to the poor and orphaned. Churches free to teach the basics of faith.

Why do I say Trump offers “space” for these human touches? Because our witness is less at risk by association with Trump than it is by a threat. The highly respected sociologist George Yancey has studied, quantified and identified the threat as “Christianophobia.” (A note: Professor Yancey, though evangelical, is neither a Trump supporter nor a Democrat.) And Trump’s administration has been a firewall against Christianophobia.

Christianophobia is a strong hate movement. It threatens to cut evangelicals’ access to the greater society. It also threatens to control us even within our churches and families. Importantly, the research shows the movement is heavily comprised of white, wealthy, highly degreed, secular progressives. This demographic disproportionately penetrates America’s most influence-wielding institutions in media, academia, corporations and government. Follow-up research on wealth levels of those exhibiting Christianophobia included the observation that:

[W]hile the absolute level of hostility directed at conservative Christians has not increased, the power level of those with that hatred appears to have increased.

A high number in this elite class responded to Yancey’s surveys expressing the willingness to deploy that elevated power to silence Christians. Comments included visceral, irrational animosity. An alarming number told researchers they would happily give biblically adherent evangelicals the kind of treatment China’s President Xi is now giving house churches. Yancey’s book title, So Many Christians, So Few Lions, was an actual quote from one of his survey respondents. It was one quote from many pages that contained worse examples.

What Evangelicals Preserve Under Trump

I’ve seen Christianophobia’s effects first hand. For over four years, I was a vice president in communications at First Liberty Institute. First Liberty is a non-profit legal organization giving pro bono defense to Americans of any faith suffering from unlawful religious discrimination.

Based on the hundreds of legal matters our lawyers handled, here’s what I would estimate is on the line for a very large number of Christians:

Their jobs. Their businesses. Their Bible studies. Their right to raise their children without interference or indoctrination. Their churches’ right to govern property and to control church teaching. Their ability to operate ministries such as orphanages and homeless shelters. Their right to publicly pray and express their views. The list goes on and is well-documented. Losses in these areas are already mounting. Of course, Christianophobic institutions might let us keep some of these things, but only if we renounce key pillars of our beliefs.

Against Christianophobia, there is the Trump administration.

Trump’s federal judges give religious liberty a chance at survival — the “space” for Christians to exist and to influence others. Already, Trump’s judges have paved the way to overturning chilling decisions against Christians in education and small business. However, more is needed. Trump’s religious liberty executive order and the administration’s department guidance rules likely have saved the ability of Christians to live out their faith in government service, including the military. They also likely saved countless faith-owned contractors from banishment by federal agencies. Another executive order seeks to restore to students — including Christians — greater ability to speak more freely on campuses.

Throw in Trump’s unprecedented pro-life energy, and is it any wonder that for most evangelicals, the pro vs. con calculus on Trump has fallen toward the “pro” side?

Sure, there will be difficulties to wrestle with. And the ultimate counter to Christianophobia? A revival of biblical literacy and sacrificial zeal within the church. But government is important. It is a God-ordained institution that should protect, not oppose, a freely lived faith. In that light, Trump is not the “crisis” for Christians some may believe.

Christopher Corbett is a writer and communications strategist working with an array of non-profit policy organizations and ministries. He holds a degree in political science from the University of Chicago.