Called to Breakthrough: An Autobiography: What Christians Should Know About Messianic Judaism 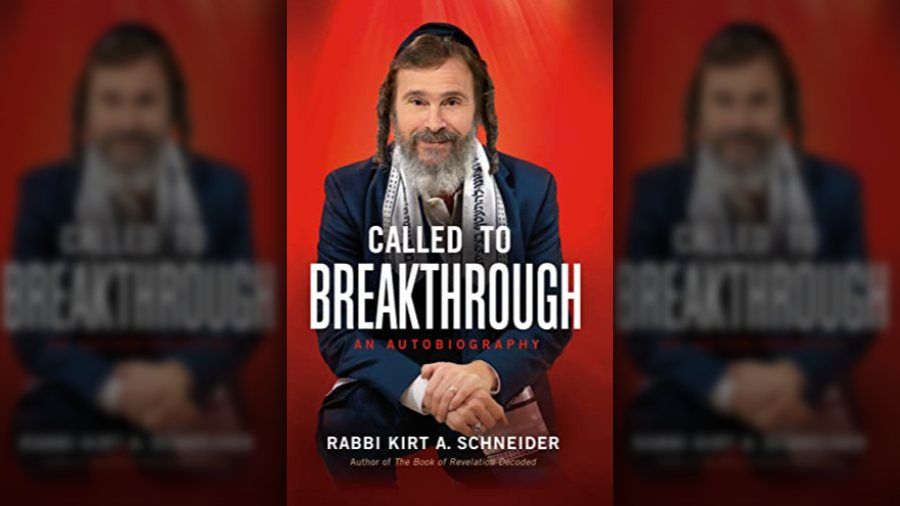 “People don’t realize that I’m looked at like a spiritual Hitler,” said Messianic Rabbi Kirt A. Schneider. “They’re like, ‘Hitler exterminated the Jews physically, but you and Jews like you that believe in Jesus [are] killing the Jews spiritually by leading them away from the true Judaism.”

Rabbi Schneider told The Stream in a recent interview that sometimes Christians don’t know what Jews go through after they find Jesus, or Yeshua. He’s written a new book called Called to Breakthrough: An Autobiography, which he said will help people understand the stigma that is on a Jew who comes to faith in Jesus.

Schneider has ministered to people in Africa, something that God had revealed to him years before in the early 1980s. He’s now been in the mission fields of Uganda, Kenya, Malawi, Zambia, Tanzania and many others. “Just a few months ago, I got a call from Uganda. One of the leading pastors in Uganda called a national day of prayer. And so, they were celebrating a national day of prayer with the president of Uganda participating. … So, that was surreal to me. But the Lord had given me this word 40 years ago that I’d be ministering to Africans. And here I am now ministering to the president of Uganda.”

Visions and Dreams are for Today

Schneider believes that Christians should expect to hear from the Lord. “I believe that visions and dreams are for today. I believe that all of God’s children should be open, expecting and asking for the Lord to speak to them in their sleep.” He pointed out that in Scripture, the Lord spoke to His people through visions and dreams. “Joel prophesied that in the last days when the Lord would pour forth His Spirit, that one of the things that would happen as a result of the pouring forth of His Spirit is that old men would see visions and young men would have dreams.” He encourages believers to ask the Lord to speak to them in their sleep and take it seriously by writing it down.

A Different Expression of Faith

Sometimes churches don’t understand Messianic Jewish teachings, including holy days of the Lord. “Because it looks different, it’s a different expression of the Christian faith. Some of the church has not understood it.” When Christians understand the bridge between the Tanakh (Old Testament in Hebrew) and the New Testament, it strengthens their faith. Schneider encourages pastors to become informed about Messianic Judaism so they can inform their congregants and help bridge that gap.

The story of Rabbi Schneider’s conversion and all that the Lord has done for him and taught him is a great read. “It’s a huge window for people to understand the amount of stigma that is upon a Jew that comes to faith in Jesus.”

At the end of his book, Schneider outlines seven principles for breakthrough that anyone can apply to their life, whether they are 8 years old or 80 years old. “Because I’m talking about breakthrough, not just circumstantially, but taking greater possession of our inheritance in the Spirit an in Jesus, Yeshua, Who said He came to give life more abundantly. I would urge people very sincerely … it’s a book worth reading.”

Schneider also hosts a program called “Discovering the Jewish Jesus” on radio and television. “What I do for the most part is help people understand their faith in Jesus from a Hebraic context. … I’ll help people understand the New Testament from the lens of the Hebrew Bible.” He said it’s a unique ministry because people somehow are able to connect with the teaching. “And they, by faith, [receive] a special impartation for breakthrough in their lives.”

Dr. Michael Brown, 50 Years a Servant of Christ: Part I: From ‘Drug Bear’ to ‘Jesus Lover’