A Call for an Honest Abortion Debate 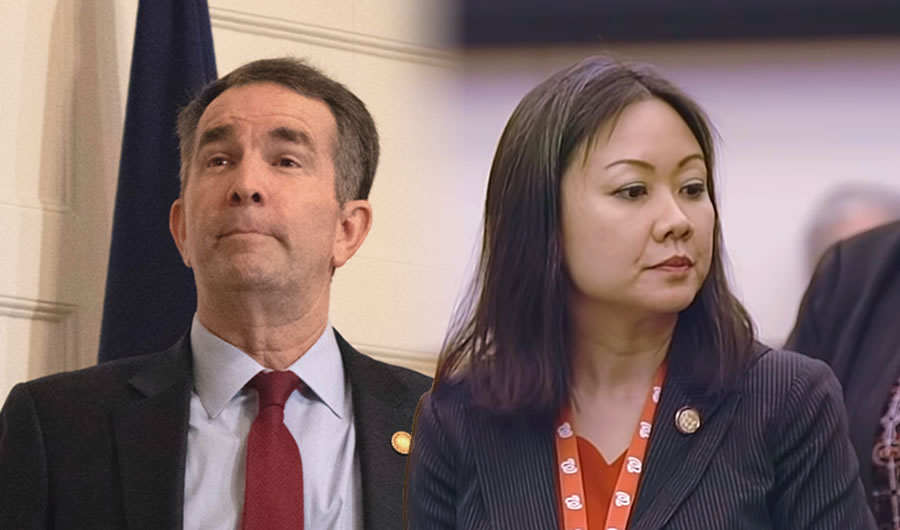 Left: Virginia Gov. Ralph Northam speaks during a press conference on Feb. 2, 2019. Right: Virginia Del. Kathy Tran looks off screen to her attorney during the presentation of her third trimester abortion bill.

For pro-lifers like me, one of the most frustrating things about the public abortion debate is that proponents rarely seem to be candid about what they want. They talk about “women’s health.” They talk about the hardest cases, and the most difficult pregnancies. In short, they try to make their position sound measured, reasonable and compassionate.

But recent events reveal the uglier side of abortion and expose it for what it really is. It’s time we forced abortion activists to answer the tough questions and own up to the truth about their position.

We might begin with questions for Virginia Delegate Kathy Tran. Her bill (now tabled) would have allowed a single doctor to sign off on a late-term abortion right up until delivery. When asked whether her bill would allow for an abortion once a woman is already in labor, she responded, “My bill would allow that, yes.”

Naturally, a public outcry ensued. So later in the week, Tran tried to backpedal on her response. She stated, “I should have said: ‘Clearly, no, because infanticide is not allowed in Virginia, and what would have happened in that moment would be a live birth.’”

But Tran was asked about a woman “in labor;” not about a woman who has just finished labor. And she labeled the killing of a baby during labor “infanticide.” So we should challenge her to explain why a baby is an “infant” during delivery, but something else — which can rightly be “aborted” — an hour earlier. Is it the start of labor that turns a “clump of cells” into a human?

The harder question, though, is for Virginia’s Governor Ralph Northam, who happens to be a pediatric neurologist. During an interview about Tran’s bill, he said, “[I]f a mother’s in labor, I can tell you exactly what would happen. The infant would be delivered, the infant would be kept comfortable, the infant would be resuscitated if that’s what the mother and the family desired.”

Naturally, a public outcry ensued. But Northam didn’t own his lack of compassion for the newborn lying on a table as her mother decides whether she “desires” for her baby to be revived. He didn’t confess that his “respect” for women is so profound that he would let them decide when another person lives or dies. Instead, he insulted our intelligence.

He denied that he had expressed support for infanticide, and called us “disgusting” for asking about it. Then he doubled down. He said, “We believe that reproductive freedom leads to economic freedom for women. … There is a stark choice, and Virginians time and again have chosen to support women and their reproductive health.”

That’s right. After carefully describing how an infant would be “kept comfortable” while others decide her fate, Virginia’s governor justified his cruelty as a great step toward “economic freedom for women.”

Getting Our Values in Order

In essence, Governor Northam is admitting that he values economic freedom more than he values human life. But there’s more than that. In this context, what his words reveal is that he would protect economic freedom for the more powerful members of society (mothers), at the expense of the most basic rights of weaker members (newborns).

Whether we’re talking about a baby before labor, or in delivery, or lying helpless on a table after birth, there’s no escaping that a human being is exactly what is at stake.

It’s time for abortion supporters to be honest. It’s one thing to argue that abortion should be legal because an unborn baby is something other than a human being. It’s dead wrong, of course. But it’s far less disturbing for people to have their facts wrong than for people to just be cruel.

What these statements about “late-term abortion” reveal is that some supporters fully understand that we’re talking about killing a human being — not a clump of cells or tissues. They fumble over words to distinguish between a newborn and a pre-born infant. But whether we’re talking about a baby just before labor, or in delivery, or lying helpless on a table after birth — or at some other time during pregnancy — there’s no escaping that a human being is exactly what is at stake.

It’s time for abortion supporters to own up to this glaring truth about abortion, and try to justify it if they think they can.