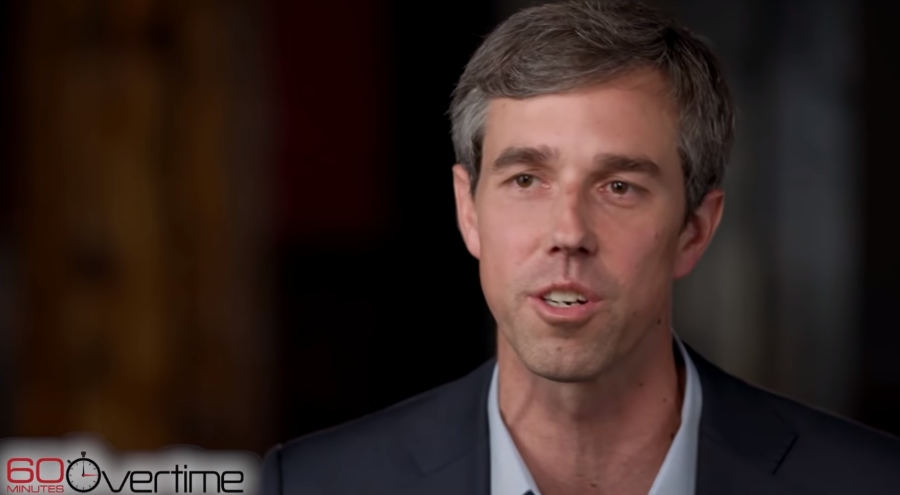 In the beginning, there were three I just couldn’t stand. I didn’t like the others, but these were the worst. In ascending order of unbearableness, they were: Buttigieg, Gillibrand and Harris. They formed the axis of woke virtue-signaling. And the leaders in hostility to Christianity.

Gillibrand, happily, left over a month ago. Beto took her place as the third-most horrible of the three most horrible candidates. And now he’s gone too. Should we be glad? A little. But here’s the problem: Almost every Democratic candidate could take a place in the axis of hostility to Christianity.

First, Gillibrand. Here’s what I said when she dropped out: “You invented standing up for women! No one since the beginning of time ever stood up for women until you came along. … And yet, you flopped. How can this be? Can the woman who declared that pro-lifers are the moral equivalent of racists, and should be driven out of society, possibly flop? How can that not be a sure path to the White House?”

The answer: being pro-abortion is one thing. Declaring pro-lifers racists who should be driven out of society, is another thing altogether. This is what the Left doesn’t get. This is why they gave us Trump and are probably giving us his re-election, and they just don’t see it. They made huge progress for their hideous agenda under Obama, but it wasn’t enough for them. They just keep pushing until something gives. Congratulations, Lefties. Something gave.

This brings us to Buttigieg. Or “St. Pete.” He could have been 2020’s young wunderkind Democrat. A guy who just happens to be gay who is also a smart moderate who says intelligent things about forever-wars and student debt. But no, he had to launch his campaign with that witless unprovoked attack on Vice President Pence.

Then he had to lecture conservative Christians at every turn about how he is more Christian than you. Being actively homosexual, loving late-term abortion, this all makes him more moral than you. How? Beats me. Ask him. He can tell you all day and night how he’s just a better human being than you.

Harris is the Worst

Which brings us to Harris. The previous two? Their hatred of traditional Christianity is (so far) just talk. But Kamala? She is way beyond just talk. The way she abused her office to legally persecute David Daleiden for daring to expose Planned Parenthood’s trafficking of aborted baby parts. Her attempt to treat membership in the Knights of Columbus as akin to the Ku Klux Klan when vetting judicial nominees.

Horrible. She is the worst of the worst. The most totalitarian candidate ever in modern presidential politics. When she says she’s going to violate federalism and have Uncle Sam nullify any state’s pro-life laws, I believe her. I rejoice at the apparent decline of her candidacy.

Then there’s brief axis member Beto O’Rourke. He turned out to be worse than Gillibrand and Buttigieg and only slightly better than Harris. But only better because he never held an office where he could put his nasty ideas into practice. I’m talking about that asinine comment about punishing churches that don’t believe in same-sex marriage by taking away their tax-exempt status.

And please, spare me the talk about Beto being a fringe. We have all seen enough these last ten years to know how this works. Beto has moved “the Overton Window.” In the next presidential election or two, his will be the mainstream position, pushed by the Democrat frontrunner, and anyone who disagrees will be considered insufficiently “woke.” I call the axis the worst, but they only make obvious what most of the other candidates really believe.

So goodbye, Beto. May you return to the much-deserved obscurity from which you rose. If only the noxious idea you injected into the political bloodstream would disappear too.

And Elizabeth Warren? I heard about you going Taylor Swift on men who oppose same-sex marriage. For that act of punching down, you now fill the Gillibrand/Beto spot. Wear it with pride, Pocahontas. For as long as you can.

There’s a bright spot here, though. The axis’s hatred of traditional American values makes it a problem for the Democrats. Their average voters aren’t buying what they’re selling. Who knows how many Trump voters the axis — whoever’s in it — is creating. Of course, they leave guys like me incensed. Worse for them, they leave a lot of people who want to vote Democratic incensed.

That’s no way to peel off the Trump voters the Dems need to win. And the Dem electorate, smarter than the horrible three, know it.