As anti-Semitism rises globally, some say Christian Scripture is to blame. Facing off in a public debate this week, two opposing religious scholars spoke in an interview. 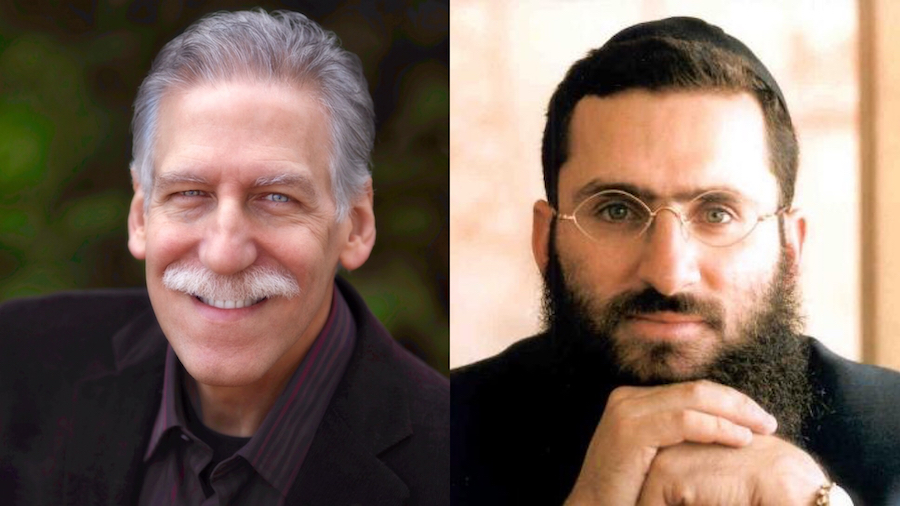 The dispute has come up for decades, even centuries. Is the Christian New Testament inherently anti-Semitic?

Boteach (pronounced bo-tay-ik) is “the most famous Rabbi in America,” according to the Washington Post. His books on relationships, values, and Israeli history have been best-sellers.

A contributor to The Stream, Brown earned his Ph.D. in Near Eastern languages and literature from New York University. He has contributed to major scholarly publications, including The Oxford Dictionary of Jewish Religion and The Theological Dictionary of the Old Testament. Brown hosts The Line of Fire daily radio show.

Their debate has already sparked controversy. Reporting on the upcoming event, The Jerusalem Post stated that “great danger to Jews” has resulted from past debates. A noted Israeli rabbi called on Jewish leaders to “condemn … and reject” Boteach for “speaking in our name.”

Yet the two scholars share surprising rapport with each other. “Anyone who watches our sparring would never believe we are friends!” says Boteach. “Mike Brown and I have gotten to know each other well through these take-no-prisoners debates.” Thursday’s debate is sponsored by Messianic Jewish nonprofit Chosen People Ministries.

Messianic Jews are often shunned in Jewish circles, yet Brown notes their bonds go deep. “Since early on, we’ve been determined to respect each other as friends,” says Brown. “When his eldest daughter got married some years ago, I was invited to the wedding.”

“Mike Brown and I have gotten to know each other well through these take-no-prisoners debates.”

“While there may be a certain amount of bombast in a public presentation, each of us are really speaking our convictions and what we hold to,” he continued.

In phone interviews a few days before the debate, Boteach and Brown discuss their upcoming debate, the troubling history of anti-Semitism, and why dialogue across dividing lines matters. It has been edited for length.

Rabbi, What is your response to those calling for you to withdraw from this debate?

Rabbi Shmuley Boteach: Well, I’m bringing my boxing gloves! (laughs) Obviously, I’m being facetious because Mike Brown and I have debated 20 times, and he has never been violent.

Today, there needs to be dialogue between Jews and Christians. Christians have emerged as Israel’s most stalwart supporters. This alliance is very new — in the Catholic church, it is only since Vatican II and Pope John Paul II. Among evangelicals, I would say it dates from the 1990s.

Amidst this new kinship and brotherhood, we also have to engage in the theological conversation. You can’t ignore the 900-pound gorilla in the room. Jews and Christians may agree on very few theological matters. Yet we are brothers. Christianity is a religion based on Jewish teachings and the Jewish Bible, and has a Jewish founder.

Today, there is a lot of suspicion on the part of the Jewish community. American Jews are largely liberal Democrats who don’t necessarily have warm feelings towards evangelicals, because they feel they have a theological agenda. They feel evangelicals’ social agenda is one incompatible with liberal democracy. So respectful dialogue is critical.

Have Christians been complicit in anti-Semitism, Dr. Brown?

Dr. Michael Brown: The reason we’re having the debate is to look at the subject of anti-Semitism and to ask if it actually traces back to the New Testament. We all know that there has been a horrible history of anti-Semitism in Jesus’ name. My most-translated book, Our Hands Are Stained With Blood, focuses in on that very subject.

The real issue is, does it go back to the New Testament? Or have Christian leaders misused the New Testament to support their anti-Semitism? That’s why the debate is so important. Let’s also realize that we’re living in the year 2019. It’s been centuries since there were violent uprisings against Jewish participants in a debate in a Christian host country.

Rabbi Shmuley and I have had about 20 debates thus far. They all have enhanced respect and dignity, as we push forward mutually important goals.

Jew Hatred On the Rise

It’s difficult to fathom why hatred of Jews is persistent, fierce, and widespread across the globe. How do you explain it?

Rabbi Boteach: What are the sources of modern anti-Semitism? First and foremost, it is militant Islam.

I want to be clear in distinguishing between Islam and militant Islam. I reject the belief that Islam is, of necessity, an enemy of the Jewish people. But the way Islam is being preached and taught in so many places of the world absolutely contributes to anti-Semitism.

The other source is the political left. They have come out to demonize Israel and, by extension, the Jewish people in a way that is shocking. As those who say they care about women’s rights, the Left should most embrace Israel. Where are women’s rights anywhere in the Middle East except for Israel?

Saudi Arabia declared last week that women are now able to travel without a man. That’s progress! Thank God, Israel celebrates its strong women. The idea that any woman In Israel would allow herself to be controlled by a man is ludicrous. I am the father of six Orthodox Jewish daughters who are extremely independent. They all love marriage, children and family, but never are they subservient to a man.

Where are women’s rights anywhere in the Middle East except for Israel?

So the Left is a huge source of anti-Semitism. By contrast, Christianity has taken great responsibility for their anti-Semitic past and have sought to reverse it. Catholic Pope John Paul II went beyond the call of duty to apologize to the Jewish people and take responsibility.

By and large, Christianity as a religion is not complicit in this evil. Some of the mainline Protestant denominations have some issues. Those who falsely demonize Israel as an occupier and participate in BDS contribute to the rise of anti-Semitism.

What do you see as the greatest hindrances to Christians standing in solidarity with their Jewish brethren?

Dr. Brown: In my 48 years as a follower of Jesus, I have consistently encountered tremendous love for Israel and the Jewish people worldwide. From obscure villages in India to outlying cities in Africa to surprising encounters in Korea and Japan, I’ve really seen the opposite of anti-Semitism in the church for decades.

It tells me that anti-Semitism is not drawing from the pages of the New Testament. In other words, the Christian faith is not inherently anti-Semitic. Rather, it is the story of salvation coming through the Jewish people to the world.

If we don’t even understand our neighbor, there’s no way we can love them.

Sadly, we still hear reasoning that leads to Christian anti-Semitism — which are lies that we have to combat. Some Christians circulate anti-Semitic lies that have been around for generations. They believe that Jews are evil and trying to dominate the world with a sinful agenda. Or, they may think that all Jews hate and despise Jesus.

Even the demonizing of the modern State of Israel contributes to anti-Semitism. We need to face these lies head on and refute them.

The Power of Honest Debate

Why is it important for Jews and Christians to dialogue about controversial matters?

Rabbi Boteach: Discussing controversy for the sake of sport or entertainment is a waste of time and usually counterproductive. But these are issues I don’t believe you can ignore.

Isn’t the great argument of our time those who want to annihilate America and engage in genocide? Isn’t it the assault on Christians throughout the Middle East? Christians are being decimated worldwide and almost no one is talking about this.

Debates should be respectful and dignified, but also real. We shouldn’t pull our punches. I believe Mike’s approach to Christian-Jewish relations is not aligned with many modern-day evangelical leaders. I think some of his views, which we’ll discuss, make him a dinosaur.

Dr. Brown: Anti-Semitism has raised its head in our day — even in America, even in Christian circles. The ever-present threats to Israel are growing. Misunderstandings exist between us. When we stick our heads in the sand and ignore the real issues, we let the sickness and cancer spread without acknowledging it.

Anti-Semitism has raised its head in our day — even in America, even in Christian circles.

When we sit down honestly, face to face, we can hear one another’s hearts. We share our viewpoints and refuse to demonize one another in the midst of our differences. Christians and Jews absolutely share certain common values. One of those is: we are to love our neighbor as ourselves. If we don’t even understand our neighbor, there’s no way we can love them.

Dialogue often helps to sharpen our differences and clarify our misunderstandings. At the same time, it increases our love for each other.

Learn how to attend the debate in New York City. Beginning at 7:30 ET on August 8, watch the live stream below.

A graduate of the University of Colorado, Josh M. Shepherd covers culture, faith, and public policy issues for media outlets including The Stream and The Federalist. Find him on Twitter. Sign up to receive top stories every week from The Stream.