Breakthrough, a Film Based on a True Story of a Teenager’s Death then Resurrection, in Theaters April 17 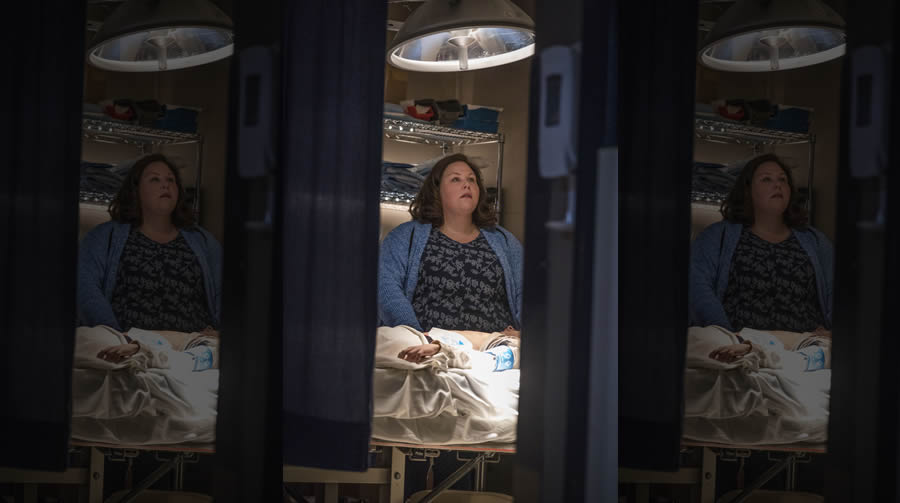 On April 17, 2019, 20th Century Fox will release Breakthrough, a film based on the real-life experiences of a young man who died from falling into a frozen Missouri lake but came back to life after his mother prayed. The Stream recently sat down with the young man, his pastor, the lead actor, the director and the producer to talk about the film, how it all came together and how it’s affecting their lives and others’ so far.

“There’s 300-plus pages of medical documents of why I should be dead, but I’m alive.” On Jan 19, 2015, 14-year-old John Smith and two of his buddies fell through the ice on Lake St. Louise near St. Louis, Missouri. Rescuers pulled him from the water 15 minutes later. John didn’t have a pulse for another 45 minutes. When his mother, Joyce Smith, arrived at the hospital, doctors gave her time to say goodbye. Instead, she prayed. An hour after he fell into the pond, his heart started beating again.

John still had a long way to go. In fact, his doctor told his parents that John likely wouldn’t survive the night. He warned that John would have catastrophic brain injury after an hour with no heartbeat. However, John did survive the night — and didn’t sustain any brain injury. His parents credit prayer — theirs and the community’s — for John’s survival.

When people tell the Smith family’s pastor they’re skeptical about the story, Pastor Jason has a ready answer. “The proof’s in the pudding. [There are] 301 medical pages of review. So, it is what it is. … You can be as skeptical as you want, but the reality of it is, it’s right there.” And so is John Smith, he’s quick to point out.

Pastor Jason spent countless hours at the hospital, even neglecting his church and own family at times. “One of the things the Lord told me on the first day is, ‘There are times I ask you to leave the 99 for the one. And that’s what I’m asking you to do.’ … I felt like the Lord said, ‘Stay. You are called to stay.’ I was with them the first 7 days, 18 hours a day. I’d been with the family through all of this process. [My wife] said, ‘Hey, that’s what we do.’ It is the life of a pastor. And we have four kids — teenagers — they’re all on board. They just go, ‘Listen, that’s what God called you to do, so we’re going to go do it.'”

“So I receive a news feed on my iPhone January, 2015,” explains Rev. Dr. Sammy Rodriguez. “I’m on a flight from Dallas to Sacramento and it’s a St. Louis Dispatch. Random, right?” The paper says, “‘Mom Prays, Boy Resurrects.’ That’s all I got. … Monday I’m on my television program … and I shared the story.”

Sammy received a direct message from Joyce. “Pastor Sam, I’m a follower. You’re one of my favorite preachers. Respectfully sir, you’re short-changing my story.” He answered back. “I go, ‘Explain.’ She went, ‘My son was not dead for 15 minutes, he was dead for an hour-plus. … If you’re interested, call me.'” The two connected and it was then that Sammy heard the Holy Spirit tell him to make the movie. He shared the idea with a close friend, producer DeVon Franklin. After DeVon heard the story, he was compelled to make the film. “You’re right,” he told Sammy. “We’re making this movie.”

Although he’s acted before, this was Sammy’s first job as an executive producer. He believes that every movie is a sermon. This movie in particular can help people of faith. “It’s transformative. It’s an evangelistic resource tool. It’s a tool to engage faith. … I do think it’s very powerful and redemptive. It can serve as a catalyst for an awakening of faith in America. It’s the first major motion picture by a major studio where the main character is the Holy Spirit. Go figure.”

In preparation to shoot the movie, director Roxann Dawson visited where the incident happened. “I wanted to stay first and foremost really true to the story,” she explained. “So, I did a lot of research just watching the videos, looking at the interviews, and then I visited the family before we even started. I spent the weekend with them. I saw Pastor Jason preach and went to the church, visited the doctors, stood in the hallways where everything happened, went out to the lake, talked to the first responders, just really tried to absorb what the incident was.

“I think what I was so impressed with was, every person who’d been through it was touched. Every single person. People who had heard of it — It’s just like throwing a pebble in the lake and you watch the ripples just go out. The entire community had been touched and that’s what I took away from it, that if we did this right, we could do the same thing.”

Accuracy was imperative. Roxann knew she succeeded when, after the Smith family watched the movie, Joyce turned to her and said, “You got it.” “That meant everything to me.”

The actor who played John Smith got it right. Marcel Ruiz “definitely mastered me,” John explains. “My arrogance, my smart aleck remark. The scene where he’s talking about calling the cops, he’s training for the Olympics, that was something I’d totally say. Something I totally have a smart aleck remark about. He got it — he definitely got me down.”

The actor who played Joyce Smith, Chrissy Metz (This is Us), had a personal connection to the film from the beginning. “My mother went through a medical emergency about four months, I think, prior to even knowing the movie was going to be made. So the same words, literally almost verbatim, that I said to my mother, Joyce said to John’s doctors.” In her meeting with the producer and executives, Chrissy saw the script. “Was [the quote] already written?” she asked. DeVon responded that it was written recently for the film. “And I’m like, ‘Okay, this is crazy, ’cause I said this to my own mother’s doctors.'”

When Chrissy prepares for acting roles, she thinks about what drives the character. “I think about the motivation per character and the intention, and who they are, who they want to be, you know, all of those things. And a lot of that is in the [script]. Obviously, I tried to capture Joyce’s essence.” Chrissy added that so much of the acting is just being present.

“The number one takeaway [from Breakthrough] is that prayer works,” said producer DeVon Franklin. “Sometimes we feel hopeless and helpless in our situation. But when you look at Joyce, she didn’t feel hopeless or helpless. She said, ‘I’m gonna use prayer.’ Think about it. If she did not go into that emergency room and pray, her son would be dead. But because she did, he’s alive and well. To me, that is a powerful reminder that whenever we’re in trouble, whenever we’re in doubt, the first thing we should do is pray.”

He added, “All of the people in the community — the first responders, the pastor, the congregation, the basketball team, the teachers, the school — they all interceded for one. To me, if we do that, the whole culture changes for the better. We don’t do it enough. I think — I’m hoping people will take that away when they leave the theater.”

Roxann agreed. She hopes that people take away from the film that their lives have a purpose and that they are not alone. Also, that prayer is key. “Hopefully, they take away that prayer is powerful and that the time to start praying is not necessarily in the moment when crises happen, but that if it is made a regular part of a person’s life, they are prepared for these emergencies.” Still, love is at the heart of the movie. “Obviously, the power of prayer is important, too, but what is that? Isn’t that a form of love? That’s where it lies.”

For Chrissy, the movie should remind the audience that they have purpose. “You are loved so much that you were created. … So, I hope that’s what people take away from that. And that we’re stronger together than we are apart.”