Documentary Boys State presents political clashes through the eyes of Texas teens, with insights on social media and other 21st century election factors. 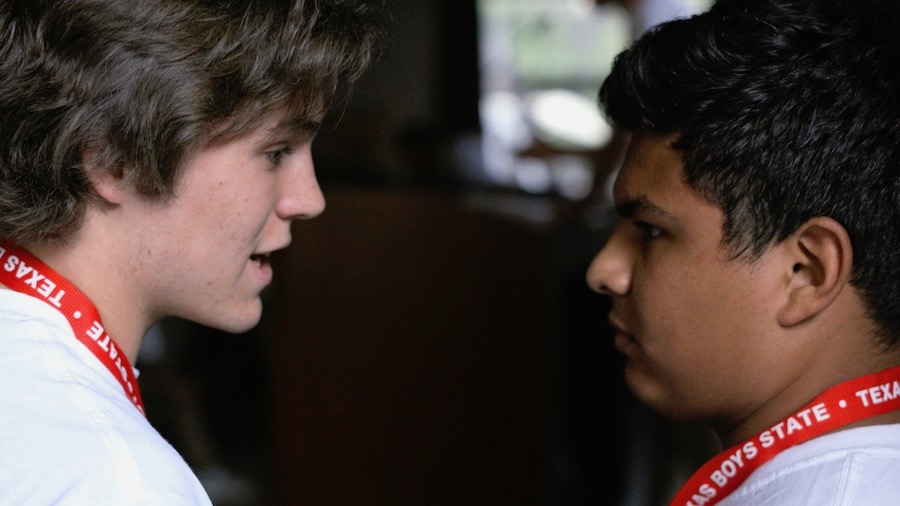 Political rivals Robert MacDougall (L) and Steven Garza face-off against each other in Boys State, a documentary that premieres August 14 on Apple TV+. The two have since become friends.

Thanks to COVID-19, another long-standing political tradition had to be jettisoned entirely: Boys State. Fortunately, a fascinating glimpse into Boys State is as close as your TV or smartphone.

Every year since 1935, thousands of U.S. high school students have participated in Boys State. In all 50 states, the week-long experience simulates a real-life legislature with petitions, party platforms, and the election of a State Governor. In 2018, two documentary directors led a crew of 40 people to capture Texas Boys State where 1,100 teens took part.

Their film Boys State premieres August 14 on streaming service Apple TV+ available via free trial. While the service has not yet proven a hit, recent releases World War II drama Greyhound featuring Tom Hanks and documentary Dads have been praised.

“This was not our first film, thank goodness,” said co-director Amanda McBaine in a phone interview. “It was a real hurricane to fly through, but also a real joy.”

She and co-director Jesse Moss had previously collaborated on The Overnighters. That acclaimed film featured a church that assisted oil field workers in North Dakota.

In Boys State, viewers are a fly on the wall through every step of a fast-paced political process. “With this kind of observational cinema, you do not know what’s going to happen,” added McBaine.

“The horses get let out of the gate and life takes over. Then you just have to listen really carefully to follow the heartbeat of the story.”

Standing On the Constitution

One stirring speech featured in the trailer resounds with affirmations of faith and freedom.

“When things get tough, we pull ourselves by our bootstraps,” intones Steven Garza from Houston. “We are one nation under God, lovers of the Constitution of the United States of America!”

“To engage with opposing ideas on a personal level is really kind of amazing and important.” – Amanda McBaine

Considering trends among his fellow progressives, such sincere words are surprising coming from a liberal activist. He explained his stand in a joint video interview alongside his one-time political rival, Robert MacDougall, a pro-life conservative.

“It’s such a powerful document [and] a stellar piece of writing, I believe,” said Garza. “There’s nothing quite like it in the world. People like Robert, who are going to serve as officers in the Army, swear to defend it against all enemies — foreign and domestic.”

The two sides sharpen one another, including later as several remained friends.

“Our film is a reminder of how important face-to-face political conversation actually is,” said McBaine. “To engage with opposing ideas on a personal level is really kind of amazing and important.”

Garza elaborated on his love of country. “We’ve seen what good the U.S. can do,” he said. “Think about the movements for women’s suffrage, civil rights, and disability rights.

“I believe that America is the greatest country on earth — and I do criticize it quite frequently as well.”

The film reveals how social media platforms have changed politics, with a focus on Instagram widely used among teens.

“These tools [can] be used for education, spreading knowledge, and getting people involved,” said MacDougall. “Or they can be used for misinformation and attacks.”

Recalling the film’s events, he confesses their collective complicity. “In 2018, we at Texas Boys State strayed on to that darker side,” he said. “Racism and personal attacks became part of the social media environment.” 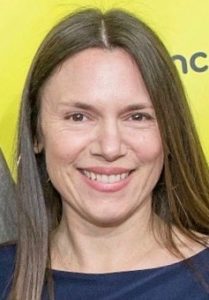 Filmmakers learned a lot from the experience. “As kind of older people, we’re more conventional in our understanding,” said co-director Jesse Moss.

“What are effective political messages? We thought: campaign commercials and political ads. But these memes that go viral are really interesting.”

MacDougall observes how this reflects the present election cycle.

“A lot of the time, memes are dumbing down the discussion,” he said. “It’s these little tidbits that people spout off over and over again, that no one’s ever fact-checked.”

Such shareable images are expected to become more prevalent. “The meme language is like a language that we did not speak,” said Moss. “They tend to be humorous and sort of mocking.

“It was a revelation that these are such a potent political tool.”

McBaine said they “look for surprises” in their documentaries. She and Moss coordinated over a dozen separate film units, capturing meetings large and small along with candid, in-the-moment interviews.

“We want to be kind of off-balance and uncomfortable,” she said. “Because I think that’s where the interesting stuff happens.”

“With this kind of observational cinema, you do not know what’s going to happen” – Amanda McBaine

From open discussion of pro-life issues to unlikely alliances and surprise wins, Boys State has been lauded for its energy and unguarded moments. While it was shot mostly over a week, the film took nearly a year to edit.

Now in their early 20s, the participants view it as a call to action. “I’ve always been an unabashed patriot,” said Garza. “We have to work to make our country better, which includes through charity work or protests or public service. Loving your country means wanting what’s best for it.”

The film may spark self-reflection for many, as many political discussions online have become heated and uncivil.

“It’s one thing for people from the right and left to fight it out on Facebook posts,” said McBaine. “It’s another thing to be sitting across the table face-to-face with someone who has the opposite point of view. Then you can’t ignore them.”