The Boy Crisis, the Man of Strength, and the Bible 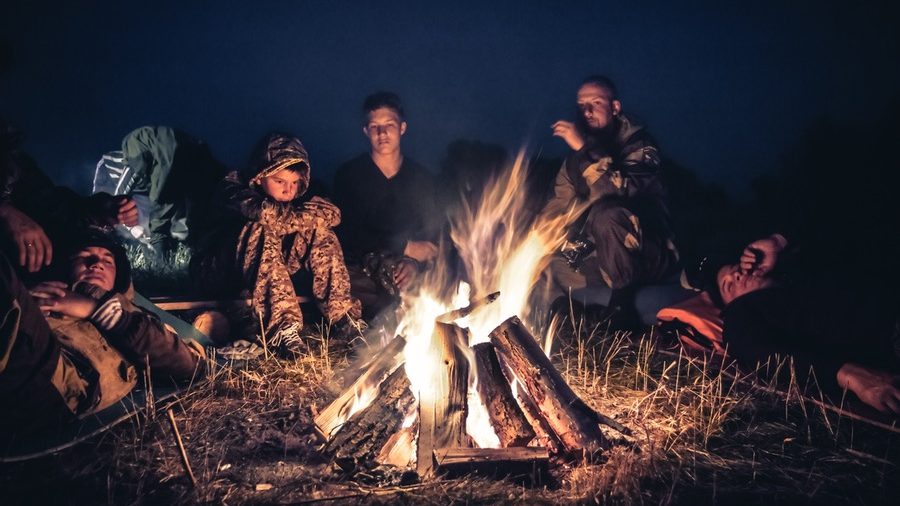 The other day, reading Rachel Alexander’s article on the Boy Crisis, I had to ask myself, “Okay, then, what kind of person ought a boy become? What should a man be?” I came across an answer that same day in my devotional reading, in Psalm 45; a clear picture of a man of strength.

It’s actually one of the clearest descriptions of ideal manhood I know of. Not everyone would like it, though, especially verses 3 and 5:

Gird Your sword upon Your thigh, O Mighty One,
With Your glory and Your majesty. …
Your arrows are sharp in the heart of the King’s enemies;
The peoples fall under You.

Sounds pretty warlike to me. Who wants war? Who wants a man like that?

I convinced that question is one of the chief issues driving the “boy crisis.” Other than athletics, contemporary society has very little use for competition and the use of physical strength. Some people even dream wistfully of a day when science has made men unnecessary for reproduction, and wouldn’t the world be a better place without any men around at all?

If that sounds like a fringe view, consider that it’s been set forth in The Washington Post, The Atlantic and The New York Times, and at ABC News.

Our “only hope as men,” Watt supposes, may be that “women decide to keep us alive for their own amusement. For the pop music, perhaps, or maybe the dancing. We can be good at that.”

Nick Watt, who wrote the article at ABC News, imagined the first effect of a world without men would be “sparsely populated sports bars, Ferrari would lose the lion’s share of its business, and Hooters would probably go out of business.” Probably, he thinks?

No doubt that much was meant tongue-in-cheek. I don’t think this was: “But would the absence of men make the world a better place? There would be far fewer wars without men on the planet, and the U.S. prison population would drop a colossal 97 percent. Road deaths in the U.S. would fall 70 percent.”

Watt can’t seem to find anything not to like about the idea. Our “only hope as men,” Watt supposes, may be that “women decide to keep us alive for their own amusement. For the pop music, perhaps, or maybe the dancing. We can be good at that.”

No wonder there’s a boy crisis, with ideas like that floating around. The Bible takes a decidedly different view. Back to Psalm 45:

Gird Your sword upon Your thigh, O Mighty One,
With Your glory and Your majesty.
And in Your majesty ride prosperously because of truth, humility, and righteousness;
And Your right hand shall teach You awesome things.
Your arrows are sharp in the heart of the King’s enemies;
The peoples fall under You.
Your throne, O God, is forever and ever;
A scepter of righteousness is the scepter of Your kingdom.
You love righteousness and hate wickedness;
Therefore God, Your God, has anointed You
With the oil of gladness more than Your companions.

That’s not just pop music and dancing. Still it’s not to say that this man can’t handle the social graces, or even romance. The passage goes on,

All Your garments are scented with myrrh and aloes and cassia,
Out of the ivory palaces, by which they have made You glad.
Kings’ daughters are among Your honorable women;
At Your right hand stands the queen in gold from Ophir.

Yet he’s a man who can fight. He’s more than willing to strap on a sword for “truth, humility and righteousness.”

Try finding that view of manhood in the Times. But it’s a good one.

The Very Masculine Battle for Truth and Righteousness

Of course a man should also be a provider, a father and a teacher, but it’s this warlike aspect of manhood that’s most despised in certain quarters. Who wouldn’t prefer a world with drastically fewer wars? God Himself is preparing a future when, as the old spiritual goes, we “ain’t gonna study war no more.”

For the present, though, there is something very good about men fighting the very masculine battle truth and righteousness. That fight doesn’t have to be with swords; in fact only very rarely is it with any physical weapons at all. I’m 61 years old and I’ve got two chronically injured feet — but I still want to stand strong as a warrior for biblical truth, and I intend to keep on with it as long as I’m able. Strong Christian men can do the same everywhere — and they do, in the home, in the church and in the marketplace. Of course for some the battle really is with physical weaponry; and thank God for them, when their fight is for what’s right.

That’s what God made us for. May we be strong for the battle.

Not Against Manhood But Against Evil

Now I expect by this point I’m raising hackles among some who want to remind me this fight for truth isn’t strictly for males. Of course it isn’t. It would be sexist for me to imply it was. But it’s hardly more sexist than suggesting the world would be a dreamy, peaceful place with no men at all!

Wars do not spring from manhood but from evil. The great old radio program The Shadow opened with the haunting question (you really must hear it), “Who knows what evil lurks in the hearts of men? The Shadow knows.” Yet The Shadow also knew there was evil in the hearts of women. Conflict among women may look different, but no one can realistically deny it’s real.

The day will come when Jesus Christ — of whom Psalm 45 is a prophetic picture — will return to wage his final battle to eliminate all that stands against “truth, humility and righteousness.” On that day all war will cease, not by defeating either manhood or womanhood, but by defeating evil. There will be redemption for those who have submitted their hearts to God in Jesus Christ, allowing Him to finally cleanse us of all evil, and judgement for those who refuse.

Until then, the point is neither to attack manhood nor womanhood, but to attack evil. Boys need to develop strength — strength of body as well as strength of character — because in the fight against evil, men need to exercise it. That’s what God made us for. May we be strong for the battle.