Born to Give: A Missionary’s Story of Purpose, Freedom and Miracles in India 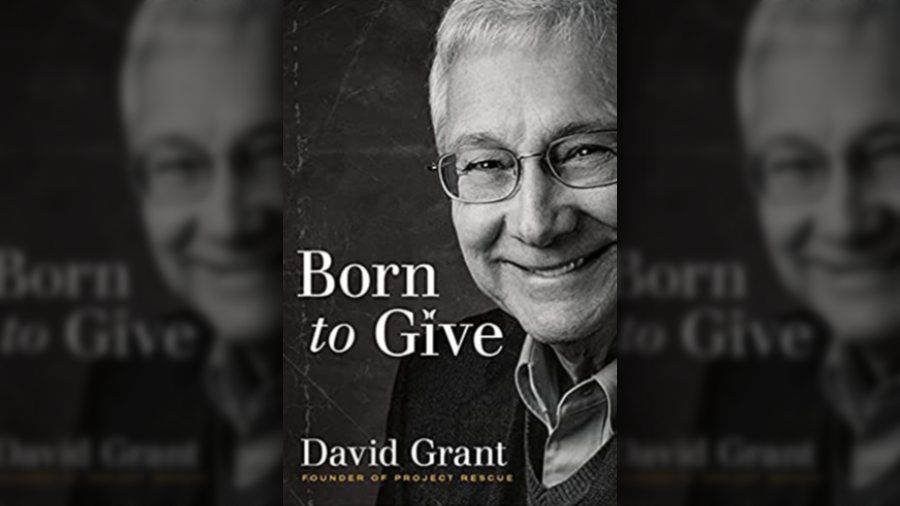 “So, you have this 19-year-old girl who’s dead. She leaves a three-year-old daughter. The madam comes and gives us the little three-year-old and said ‘She’s going to die anyway. … she’s worthless. You can have her.'” The toddler was born HIV-positive, and was of no use to the madam. Thirty-six other little girls were given to missionary David Grant, author of the just-released book Born to Give. Their desperate moms — slaves at brothels in the slums of India — begged David and his wife to take their babies to protect the little ones from becoming sex slaves themselves.

I’ll be the Offering

Long before he and his wife, Beth, started Project Rescue 25 years ago, David heard God’s call on his life. One night at church, David, 12 years old, stood in the offering pan that parishioners passed around. He prayed “God, I’ll be the offering,” David told The Stream. “God said, ‘You will go to India.’ … I knew where I was going, I knew my purpose, I knew my passion and I knew what I needed to do.”

He began preaching at the tender age of 17 and was in India at the age of 22. He found himself in Calcutta, the city where Mother Teresa lived and worked. “Calcutta is a hard place, a place that tears at your heart and eats at your guts,” wrote David in Born to Give. “It assaults your senses and never leaves you. Many people find themselves paralyzed by the suffering. It is impossible to live and work in Calcutta and not be affected by it.”

David was affected greatly by the suffering. One day, he held a tiny child who was starving to death. He could see her heart beating through her chest. He put a bottle to her lips but she had no strength to suck. Her heart stopped and she died in his arms. When the nurse took her away, she told David, “It was too late two days ago, David. They brought her in too late.”

When David had been in India for 25 years, he and Beth started Project Rescue. He’d just been in the red light district in the slums where the madam gave him the three-year-old girl who had HIV. But that isn’t the end of the story, because even in the hot, dusty and smelly Calcutta, miracles happen. David and Beth started a home for children with AIDS. One day, the physician who was attending to the children called David. He’d retested the three year old. “I tested her blood today,” he told David. “In 30 years of medical practice, I’ve never seen a miracle like this from today. The three year old is absolutely HIV free. God has washed her blood.”

The past 18 months have been the most exciting for David, as he’s witnessed miracles, freedom and deliverance. What has been an awful pandemic with COVID has been a blessing for some in India because the country shut down the red light districts and sent the sex slaves back to their villages. “Suddenly, the brothels are closed and thousands and thousands of women are back in [their] villages where we’ve already been working. [W]e welcomed them back with food [and] with training for a new profession. And God opened doors like we have never seen in 25 years in the last 18 months. So COVID was actually a blessing for us in terms of the fact that it shut down red light districts, shut down the contagious points.” The government welcomed their help with open arms.

David told The Stream that everyone is born to give and interceding for missionaries is what’s really needed. He hopes his book helps others to realize that God has a call on their lives, too. He encourages readers to give themselves to God Who has a plan and purpose for their lives. And to pray for missionaries around the world. He continued:

David said that people often tell him and those in his ministry to “be safe,” especially in the middle of COVID on a mission field. But that’s not the point. “The point is to be ready, whatever the Spirit of God is doing, get in step with the Spirit. And whatever the Spirit’s doing, be ready for it. Don’t be fearful. Don’t be concerned more about safety. … You know, be careful, be safe, be ready. [B]e prudent in all those areas. That’s Scriptural, but the key is not safety. The key is readiness.”

Born to Give was released August 17, 2021, and is available wherever books are sold.