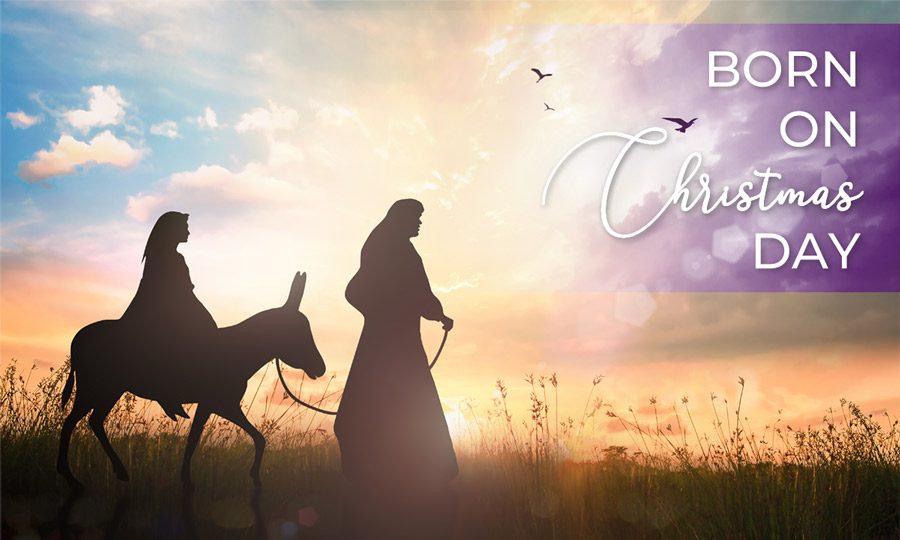 Christmas comes with an asterisk. Except for the Orthodox Church, Christians celebrate the birth of Christ on December 25. However, since the Enlightenment, and certainly in our increasingly secular times, there’s been a concerted effort to dismiss the Christmas celebration. Jesus was not born on December 25, we are told dismissively. In fact, Christmas was heisted straight from the pagans.

Why should we care why Christmas Day is December 25? Unless you have a late December birthday and wish you could spread out the gift getting, what difference does it make if the Nativity was or wasn’t on December 25? He died for our sins and was resurrected no matter what day he was born.

The question matters very much. In this secular age, many people try to undercut Christian belief. The shrewder ones try to undercut the reality of Jesus Christ. The truth of what happened 2,000 ago. It’s all a myth, they say. The allegation Christmas was copped from the pagans is part of that effort. Christians just figured out the cleverest sales pitch they could. They stole existing culture to make Christianity look more believable. So it matters very much what the early church was thinking about the Nativity and why they placed it on December 25. And when.

It matters whether the headline “Christmas Has a Pagan Origin” is fake news.

Second, we add depth when we ground our traditions in actual history. For example, during this series we will meet and connect in a real way with the thinking and beliefs of our ancient siblings in the faith. We meet important figures from the third and fourth centuries. We even discover who the Magi really were and the role they play in helping determine when Jesus was born.

Third, it matters because, well, it’s fun. We’re getting to the bottom of history, like burrowing into pile of presents to find that special gift. In this case, the Christ Child.

A Child is Born

Just over two thousand years ago, in Bethlehem, the city of David, a child was born. Prophets foretold it, angels heralded it, the righteous proclaimed it, and a tyrannical king feared it. Even the stars aligned to signal to heaven-gazing Magi that a new King of the Jews had been born.

This king was born not in a perfumed palace among royalty, but in a manger among animals. Out of this dark spot in Judea would come the light of the entire world.

So declares the New Testament about the birth of Jesus Christ. But when was Jesus born? We are told, by popular cultural and academic tradition of recent centuries, that there’s no way Jesus was born on December 25. In fact, the only reason we celebrate Christmas Day on December 25 is because the early Christians adapted a pagan holiday to hide their faith in a still-hostile culture … or in a very clever bit of marketing.

First, a bit of a roadmap. There are primarily three theories which dictate the debate over the birth date of Jesus.

The first, and favorite of the secular world … one your average Joe on the street readily accepts … is the “History of Religions Theory.” Put plainly, we stole Christmas from the pagans. A heist for the ages. The early Christians didn’t celebrate Jesus’ birth. And didn’t start to commemorate his birth until after a pagan festival for the oriental sun god Sol Invictus was established in 274 A.D. Then the Christians took that date and worked to make December 25 their own.

The second theory is called the “Calculation Theory.” This holds that the December 25 date has nothing to do with the pagans and everything to do with Jesus’ death and the calculation, based on Hebrew tradition, of when he would have been conceived. We’ll explain.

Unfortunately, even if the December 25 date was determined by a tradition having nothing to do with the pagans, that still doesn’t mean Jesus was actually born on December 25.

The Baptist and the Magi

But what if I told you that — thanks to John the Baptist and the Magi — an argument can be made that Jesus Christ was actually born on December 25?

That is actually a fair point. One we’ll explore on our journey, which beings tomorrow, with Born on Christmas Day, Part Two: The Case of the Great Christmas Heist.

I hope you will come with us on the journey. One thing we can guarantee: It’ll be a lot more enjoyable a ride than traveling through Judea when nine months pregnant.