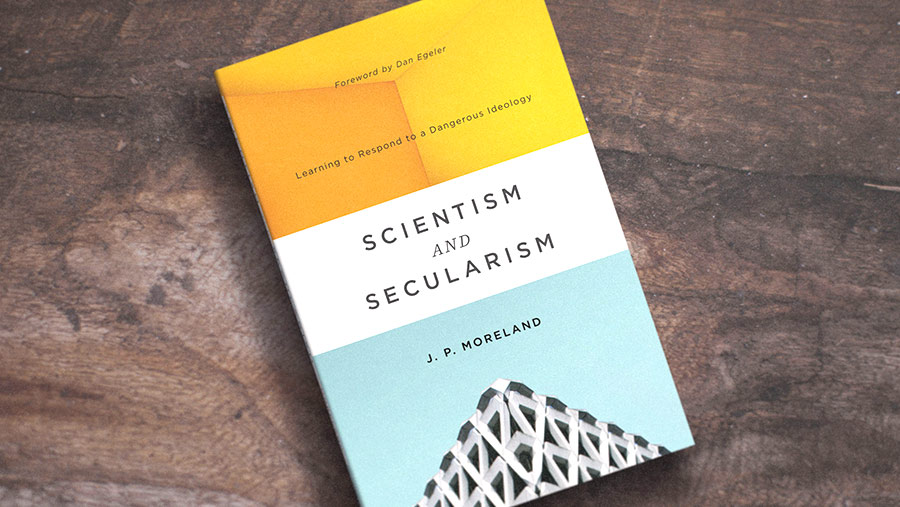 Take your choice: Which do you agree with more: America needs more faith and religion, or America needs more reason and science?  Those were your two options for a question in a recent research study on what’s polarizing America. I’d call the question itself polarizing. I wanted to answer “All of the above,” but they didn’t offer that option.

I had come face to face once again with a biased view of knowledge — one that’s both irrational and deeply damaging. It’s called scientism, and J. P. Moreland — whom I have long considered one of today’s most important authors — explains it in depth in his excellent new book Scientism and Secularism: Learning to Respond to a Dangerous Ideology.

Scientism pits faith against reason, religion against science, as if a person has to choose one or the other. It’s a “dark, hideous, and I dare say, evil” notion, says Moreland, defining it as “roughly, the idea that the hard sciences alone have the intellectual authority to give us knowledge of reality.” That leaves everything else, including moral and spiritual truth, “based on private emotions, blind faith or cultural upbringing.”

This view of knowledge pervades everything around us. We live in an expert-driven culture, and “expert” always means scientific expert. Although Moreland correctly emphasizes the hard sciences in his definition of scientism, it spills over into the social sciences as well. Is it good for children to grow up with two same-sex “parents”? Answer: What does the research say? Another question: Is abortion harmful to women? Answer: Run the statistics and find out.

If you can’t count and measure it, you don’t have an answer, or so the belief goes. Try to answer with timeless moral knowledge instead, and people will look at you like you’re wearing a powdered wig and pantaloons. It’s “unscientific.” It’s just your “private opinion.” And “don’t you dare push it on anyone else!”

Scientism considers science the one true path to real, rational knowledge. It’s got a problem, though: It’s irrational; completely self-contradictory, right off the bat. Moreland asks us to consider scientism’s core belief, that “only what is testable by science can be true.” Where’s the laboratory where scientists have tested that statement? There isn’t one, and there couldn’t possibly be, because it isn’t a scientific statement. If we took it seriously as true, we’d have to reject it as false. Or you could put it this way: It couldn’t be true unless it wasn’t! That’s what self-contradiction is all about.

But it’s worse than that. Moreland goes so far as to call it evil. Note carefully that the problem isn’t science. Moreland started out as a scientist himself, and retains his love for it. But there’s all kinds of harm in the scientistic attitude that science is our only source of knowledge.

Scientism Dismisses Much of What We Know Is Real

For one thing, it rules out knowing much of the most important truths of the world: that morality is real, for example. Moral knowledge isn’t just opinion, it’s real knowledge. We know that it’s wrong to torture babies for fun. Granted, I’ve run into people who’ve tried to say it’s merely cultural opinion. I don’t mind stepping up and telling them they’re wrong. Or asking the question a different way: Is it okay to torture sexual minorities for fun? Usually at that point they’ll agree, it’s really wrong.

By seeking to explain everything in terms of physics and chemistry, scientism reduces human beings to something a lot less than the morally significant persons we are. People ask, “How do we know when an unborn baby becomes a human person?” — as if personhood were something you could weigh and measure in a laboratory. How have we forgotten that people are intrinsically valuable, just for being human? A lot of the reason for this has to do with a scientistic view of knowledge.

Scientism is the Enemy of Both Science and Spiritual Knowledge

You’d think that with its high regard for science, scientism would at least be at home in that realm. It isn’t. Scientism is actually science’s enemy, for science depends on all kinds of knowledge that science can’t prove. (This takes us back toward that self-contradiction problem once again.) Science needs to assume, for example, that truth and beauty are values worth pursuing. Those values are good and true, but not because anyone discovered them scientifically. It’s actually the other way around: Science works because people know we should pursue truth and beauty.

But above all its other harms, scientism rules out all spiritual knowledge. Atheists chant their mantra, “Prove your god to me scientifically!” They treat the Creator of the world as if He should be part of that world, testable by its physical laws. Their scientism blinds them to all the most fundamental, eternally crucially aspects of reality.

Their scientism blinds them to all the most fundamental, eternally crucially aspects of reality.

The effects are devastating. “Most former Catholics … believe that science and religion often conflict with each other,” says one study, with emphasis on “former.” The same goes for previous Protestants, especially young adults. Scientism rarely pushes young people away from science, but it does drive many away from their religious beliefs.

Moreland’s closing plea in this book is that we learn to integrate spiritual and scientific knowledge. Too many people, believers included, still think science tells us all we can truly know, and Christian faith is only what we can “believe.” They should know better. Scientism fails on far too many points. We need a worldview as deep and broad as Christian theism to sustain a wide enough view of knowledge — science included.

We’ve Got to Get Up To Speed On This

Scientism is irrational and harmful, yet most of us live in its assumptions anyway. It’s “the intellectual and cultural air that we breathe,” says Moreland. It fills our world so pervasively, few see it for what it is, much less know how to stand against it.

We need to see it; to recognize it for what it is. For that reason, every person interested in science or in moral and spiritual truth owes it to himself to read this book. Scientism has done more than enough damage. We’ve got to expose it for the false, evil error that it is.