Bishop T.D. Jakes: ‘I Bleed for the Floyd AND Chauvin Families’

Pastor and author Bishop T.D. Jakes shares his heart about the upheaval our nation has faced … and the biblical way to find unity. 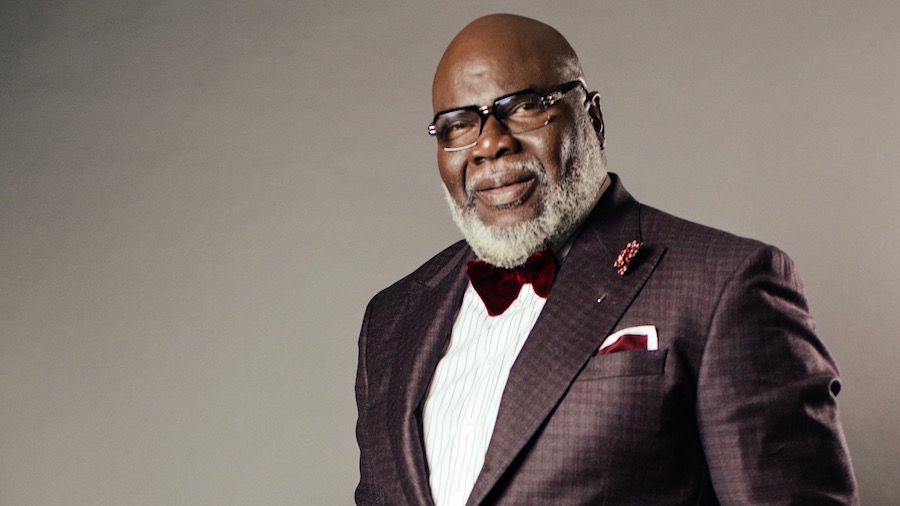 Bishop T.D. Jakes, one of the nation’s most well-known pastors, addressed the verdict handed down last week in a closely-watched trial.

George Floyd, a 46-year-old black man, was killed in a policing incident last May. Former Minneapolis police officer Derek Chauvin was found guilty on all three charges he faced. He will be sentenced by a judge in the coming weeks.

Jakes founded The Potter’s House in the Dallas area, one of the nation’s largest evangelical megachurches. In a video interview with The Stream, he spoke of agreeing with the jury’s decision.

“Democracy was on trial,” he said. “The whole world was watching us. Because we have gone all over the world talking about how they should treat their people. The verdict reflected the fact that we’re willing to correct things that we know are wrong.”

In his new book Don’t Drop the Mic, Jakes briefly notes how Floyd’s death was “tragic and senseless.” The tome, which the minister calls a “legacy book,” is primarily about being an effective communicator. 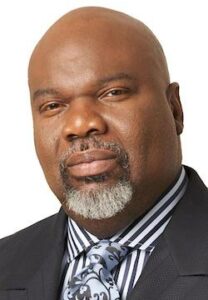 He noted a diversity of backgrounds on the jury lend credibility to the outcome. And it bolstered Floyd’s family’s case that fellow police officers also testified against Chauvin.

“The jury was 50 percent white, 40 percent African-American, and 20 percent bi-racial,” said Jakes. “They brought about a unanimous vote. Other people who were on the force agreed with that.”

By achieving unity in diversity, he believes the jury expressed a truth for the entire nation. “[Today], we’re losing the advantage of unity. We need to stop being so tribalistic and demonizing people who think differently.”

This diverse jury drew similar conclusions when they examined the same evidence. The minister believes this may be a key for society to overcome tribalism. He rejects a trend he calls the “Baskin Robbins way of receiving news,” which he explains.

“You can pick the flavor that you like, stick with it as long as you want, and ignore all the other flavors. We have technology that tunnels to you the information that reinforces what you Google. [People tune out] the rest of the information that’s available.

He says problems begin when people refuse to consider views they disagree with. “In fact, we demonize them. And it’s leading to the detriment of our society.”

The Power of Listening and Lament

A core message of his book connects the art of speaking with good listening.

“While we have become adept at speaking, we have a huge deficit at listening,” said Jakes. “Nature teaches us that if we do not listen well, eventually our speech will deteriorate.”

It reflects how Jakes has become a mainstay in diverse evangelical circles. His ministry reflects the rich heritage of the American black church, while his congregation has always been multi-ethnic. Over the past decade, he has branched out into producing live events and feature films.

This summer, the cries of a nation became an opportunity for the church to listen and empathize. Jakes writes in his book: Suffering people have always found a way to communicate. [We see it in] Lamentations and the Psalms of lament … to the gospel songs sung by slaves to liberate their spirits despite the captivity of their bodies.

He says his greatest desire is to “get the church back together again,” in an increasingly divided world. “We need to sit down at the table with people who love Jesus from a different perspective,” said Jakes.

When the world is in crisis, the practice of lament should be natural for Christ followers. “All of us have to have the ability to say: I’m sorry. And I learned something from this,” he noted.

Pass the Mic to the Next Generation 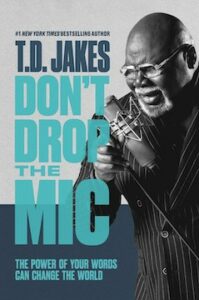 For Jakes, writing Don’t Drop the Mic was partly in response to the recent loss of many giants of faith in public life. He ticks off leaders he knew well, from singer Aretha Franklin to evangelist Billy Graham. They transcended one sphere of society and reflected higher values.

“When you look at it, we’re losing our fathers and mothers. We’re becoming an orphaned generation. How do we turn that around? We have to pass the mic.”

He says this book aims to make young leaders ready. “But I am warning the next generation, the mic is heavier than you think. All these things are attached to it: responsibility, the vitriol [you face], the thick skin you have to have.”

To stand in the spotlight involves a lot more than looking good on TV, he says. Moving forward, being an advocate for the next generation will define his ministry.

“I want to see them win. It’s about moving from being in the ring, to standing in the corner and coaching them until we die.”

T.D. Jakes’ new book Don’t Drop the Mic: The Power of Your Words Can Change the World is now available wherever books are sold. Watch the complete interview below.