We must never abandon the truth. 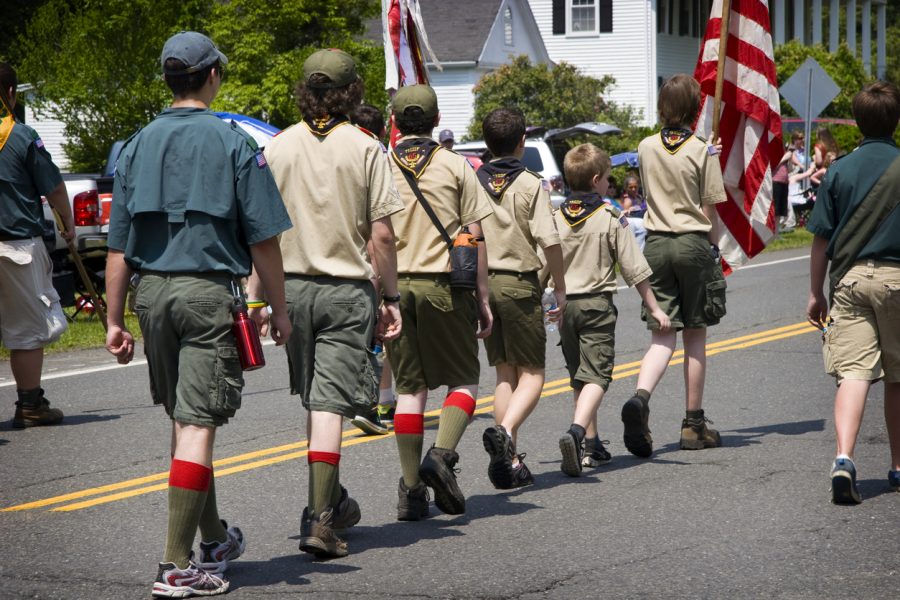 The Boy Scouts of America have capitulated to liberal culture. Matt Walsh called them “spineless cowards” and bid them goodbye:

Goodbye, Boy Scouts. You fools. You invertebrates. You caved once again and will now allow “transgender boys” — also known as girls — to enter your ranks. I guess you forgot that the girls already have their own branch of the Scouts. It’s called the Girl Scouts. You know, the one with the cookies. Will the Boy Scouts start selling cookies now, too? That would be one upside to all of this, at least.

Walsh is right, that the BSA is no longer the organization it was founded to be, and in fact is redundant given that girls who want to act and live as boys can now join. But I would stop short of calling them fools. They’re just appeasers who learned an old lesson: Appeasement doesn’t work.

A History Lesson on Failed Attempts at Appeasement

The BSA fell victim to appeasing antagonists and mistaking those antagonists as advocates for limited change. Those antagonists painted themselves as persecuted victims who share Scout values, but in fact they were traitors to those values. History shows over and over again that appeasing traitors always leads to defeat.

Behold the sad story of Edvard Beneš, President of Czechoslovakia from 1935-1938. He was a national socialist — a believer in a unity of Czechs and Slovak ethnic groups. He was a respected diplomat of great skill. But history made him a great fool. He faced a group of separatists he believed shared his aims and suffered genuine persecution, but the persecution was hyped and staged — led by traitor Konrad Henlein.

History shows over and over again that appeasing traitors always leads to defeat.

Henlein was the head of a political party seeking autonomy for Sudeten Germans. In fact Henlein was a Nazi agent taking his orders from Berlin. Beneš offered Henlein everything he asked for, but Henlein’s orders were to refuse all offers, as Hitler wanted to annex Czechoslovakia. British PM Neville Chamberlain’s visit to Munich capped the appeasement, but didn’t stop the ever-growing demands.

Beneš was forced from office in October 1938, after Henlein fled to Berlin. The Germans replaced Beneš with a Nazi puppet, and the Wehrmacht rolled into Prague unopposed.

The Boy Scouts Ignored Their Most Important Weapon: Biblical Truth

Now that the Boy Scouts have capitulated, they will be annexed by liberal culture. Some churches, which have already been annexed, will continue to support the organization. The Cub Scout “transgender crisis” in New Jersey was nothing more than the ever-growing demands of a culture that refuses to be appeased, but wants to occupy and annex everything.

By the time that crisis came along, the ending was already written. When, in 2013, the BSA abandoned a Supreme Court ruling that gave them the right to exclude gay Scouts and leaders from their organization, they surrendered. Unlike Czechoslovakia, which lacked the weapons to stop Germany, the Boy Scouts had a super weapon, and they gave it up.

Once the BSA abandoned their strong defense, the end was inevitable. The culture would not be appeased. Gay Scouts turned into gay leaders. Then that turned into a “transgender crisis.”

Walsh is right that soon we’ll see liberal indoctrination in the Boy Scouts. Christian values and absolute morals will be tossed and replaced with relativism and “many truths.” The definitions of family, gender, and manhood will become a muddled mess of validation versus truth. The Bible will be held in contempt or twisted to liberal ends.

The organization, through appeasement, has been thoroughly annexed and handed over to the God-mocking liberal culture of the day.

What will they teach boys to prepare them to be men? Camping, knot tying and woodsman skills were never the point of what the Scouts taught. They taught values. The activities served to reinforce those values and cement them into boys’ psyches. Positive peer pressure and group bonding is a powerful teaching tool. The Scouts may keep doing the same activities, but the lessons will be completely different.

I wouldn’t be surprised if the Boy Scouts and the Girl Scouts merged at some point, given that there’s no longer a difference. To the Scouts’ new masters, teaching “gender roles” is prudish and oppressive.

Christians must now avoid and withdraw from the Boy Scouts. The organization, through appeasement, has been thoroughly annexed and handed over to the God-mocking liberal culture of the day. Better to choose Trail Life USA, Royal Rangers, or some other Christ-centered mentoring program that teaches boys to be Godly men.

The lesson cannot be more clearly delivered. Appeasement doesn’t work. Persecution is part of the package for Christians. We must never abandon the truth.