Big Dumb Ideas and the Smart People Who Love Them 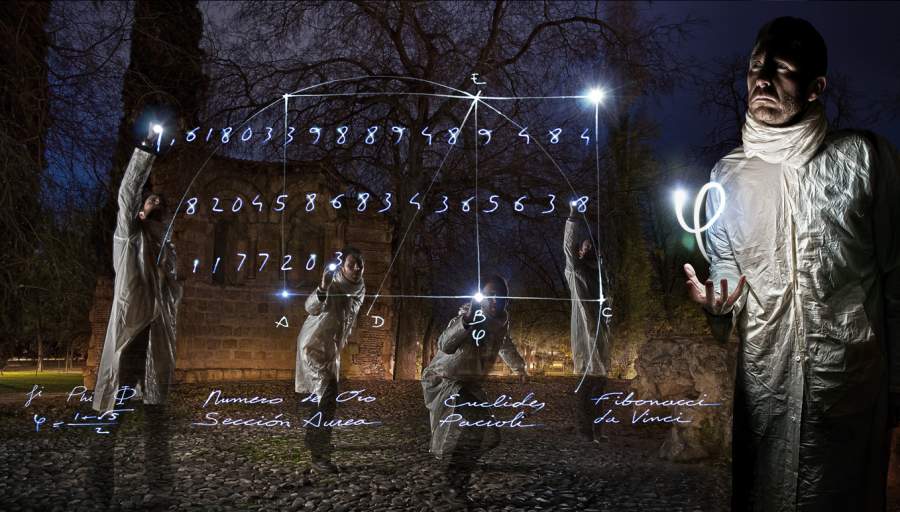 One of the most popular claims made by atheist materialists denies free will and even the mind’s real existence. As I’ll show here, this case proves crassly incoherent and fundamentally dopey. But such facts haven’t stopped other Big Dumb Ideas from loping around the world, roping in second-tier “intellectuals” keen to poke their horns up out of the herd. Or rebel against their bible-citing parents. Or (mostly) find easy pretexts for scoffing at and bullying their neighbors.

These Big Dumb Ideas (BDIs) escape from their Ivy-draped enclosures and do grave damage to millions of innocent, ordinary people. Many of the victims are actually smarter than the elitists who pushed the “Open” button on the gates of Dumbassic Park. Think of wise old Russian priests furrowing their heads at the creaky, bad arguments of the Bolsheviks hauling them off to the Gulag. Or Jewish veterans verklempt at the crackpot race cult that took over the civilized homeland they fought for in 1914.

Between that fateful year and 1990, some 140 million civilians got murdered by their governments — not including war casualties. Disarmed by those governments first, these innocent bystanders mostly died at the hands of big beefy thugs inspired by Big Dumb Ideas.

I’m tempted to invent some pseudo-scientific matrix, a BDI Index. It would measure on a X-axis how Big an Idea is. That is, its real-world implications in the daily life of millions of people. The Y-axis would calibrate how Dumb the Idea really proves to be. For instance, how many false premises did it smuggle past the scrutiny guards?

I’m tempted at this point to invent some pseudo-scientific matrix, a BDI Index. It would measure on a X-axis how Big an Idea is. That is, its real-world implications in the daily life of millions of people. The Y-axis would calibrate how Dumb the Idea really proves to be. For instance, how many false premises did it smuggle past the scrutiny guards? How many lessons of history or human nature does it ignore? Then how many cold, hard facts does it demand you blindfold yourself from seeing? At how many basic questions does it stop its ears when you ask them, lest its whole house of race-cards or Party membership cards come tumbling down?

The White-Coated Priests of “Science”

The Big Dumb Idea we shall interrogate today hasn’t conquered our politics yet. But it’s making dangerous inroads. This idea comes to us with the very best references, carried in on a gold plate, wafted by incense, and blessed by the white-coated high priests of Science. Check out the video below, a glimpse of the ritual which its votaries employ to dispense it to the faithful. (Kneeling not required.)

The speaker is physicist and author Brian Greene. He begins his comments by announcing his Big Dumb Idea: mechanistic brain determinism.

He asserts that we have no free will. Our sense of having or being “selves” is merely a “feeling.” What really exists? Our brains, processing signals according to the iron laws of physics. This biochemical process produces as a side-effect the “sense” that we act freely and think objectively. But in fact, we experience an illusion, a mirage in the cosmic desert. What’s really going on is just a long row of dominoes falling, and our entire experience is just the “clicking” sound that they make.

All Statements Are False. Except This One.

So we have no objective knowledge of the universe — how could we? A mechanistic process such as neurons shooting or not can’t find and convey “the truth,” any more than the outcome of some video game I play changes the outcome of the Crusades. (More’s the pity.)

We don’t have minds that are truth-gathering machines. We have brains that are display panels for underlying processes which are totally random and meaningless. Whatever we think we’ve come up on as a “true statement” that really describes “the universe”? That’s just what our neurons happen to make us think at the moment. They might equally, should some electrons move a bit differently, direct us to believe that the universe rests on the back of a massive turtle. Or that we’re each trapped in the Matrix, serving as human Duracells. Or anything really.

How Could You Possibly Know?

The question to ask, as C.S. Lewis and many others have asked, of any determinist is obvious. “How could you possibly know?”

If the world is as you say it is, then how could anyone draw a true conclusion about it at all? Your mind, you claim, is every bit as much a vapid shadow play emitted by sparking electrons as mine, or anyone else’s. My thoughts and yours are just the side-effects of quantum wheels grinding together, shooting sparks. Your assertion, that all human thoughts are indeed side-effects, is just one of those sparks, no more or less “true” than my eerie sense that the green Victorian house up on the hill must be full of ghosts.

Let me illustrate it with an ancient example. A problem which Greek philosophers wrestled with was called the Cretan Paradox. Here it is put simply: “Epimenides was a Cretan who made one immortal statement: ‘All Cretans are liars.’” Of course, if the statement is true, then he is a liar, which means that the statement is false. But if it’s false, and the speaker’s not lying, then it is true. This classic example of logical self-contradiction applies to any claim of mental determinism. What determinists like the physicist in the video really want to say is in fact this:

“Every statement about the world is a content-free side-effect of meaningless cosmic processes, except this one.” 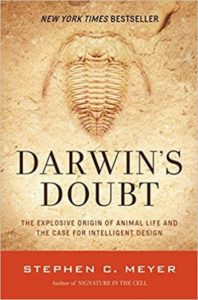 To that, my inner C.S. Lewis has the ready comeback, “Why should we believe you? Every scientific experiment you offer, every mathematical proof you adduce, is equally rendered meaningless by what you say about our minds.” As Stephen Meyer lays out in his fascinating book Darwin’s Doubt, Charles Darwin himself agonized over how it was possible to make the grand objective claims of science, with a brain that evolved not to learn objective truths, but merely to maximize survival.

It’s not just brain determinism, but any determinism that suffers from the “This statement is false” problem. Marx claimed that all political ideas were merely self-serving mechanisms for promoting the wealth and power of some social class. Logically, that would have to include his own ideas, which certainly did promise to transfer great power and wealth to his class … angry, impoverished intellectuals.

Hitler claimed that he was merely implementing Darwin, interpreting the struggle for survival among the races. But then he couldn’t explain in neutral, Darwinian fashion why the “superior” Aryans were constantly getting snookered by the “inferior” Jews. Nor did he offer arguments as to why the supposedly so powerful survival mechanisms of the Semites deserved condemnation. If being a crafty Jew (on his view, not mine) makes you fitter to survive than being a thick-headed, battle-ready Teuton, why side with the lunkhead, anyway? Darwin offers no answer.

In fact, any “science” that saws off the tree it hangs from offers us very little at all — except some pseudo-profundities which college sophomores can whisper after their third hit of the bong.