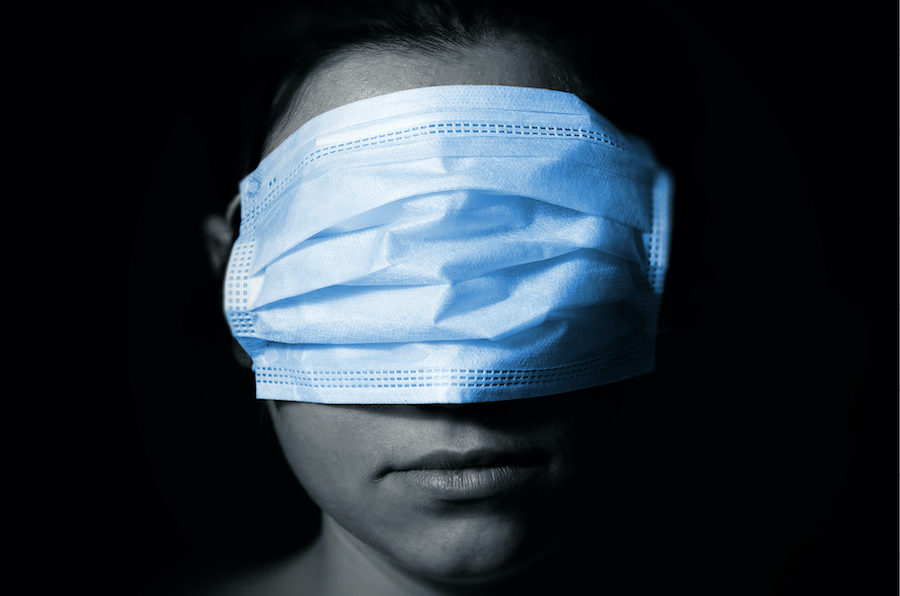 The new Biden-Harris ticket is off to a despotic start. Biden, armed with his new running mate Kamala Harris, held a press briefing on Thursday in which he called for a nationwide mask mandate.

“Every American should be wearing a mask when they’re outside for the next three months at a minimum,” Biden told reporters in Wilmington, Del. …

“Let’s institute a mask mandate nationwide starting immediately and we will save lives. The estimates are we will save over 40,000 lives in the next three months if that is done,” Biden emphasized.

And the former vice president stressed that wearing a mask “increases exponentially the prospect that if you are a carrier and you don’t even know it, that you will not infect anyone if you cough, sneeze, sing, shout.”

And pointing to the nation’s death toll from the coronavirus, Biden said that “a lot of people are dying. We’re up over 160,000 people dead so far.”

I’m not an anti-mask zealot. In fact, on April 2, I pushed back against the then-official advice that normal folks shouldn’t wear masks. My argument was simple: If a mask can reduce the chances of transmission for a nurse or doctor, then the same mask, used properly, would do the same for a civilian. This is logic, not epidemology.

Of course, officials from Anthony Fauci to the head of WHO to our surgeon general have long since lurched to the other extreme. In March, masks for plebes were officially a bad idea. Now, in August, the Democratic candidate for president is calling for a mandate for all Americans to wear them outside. This is absurd.

Just as in April, we need a good dose of common sense.

Probably the best-case scenario for masks involves surgical masks and N95 respirators. The former are soft and loose-fitting, while respirators are stiff and tight-fitting.

Healthcare workers use fit-tested N95 respirators, not surgical masks, when working with infectious patients. Unlike the other options, an N95 respirator can prevent you from inhaling 95 percent of the tiny virus-carrying particles that otherwise would have entered your respiratory system. Like the others, it will also catch larger droplets. Beyond that, it can reduce the spread of the particles from your mouth and nose (unless it has a valve).

But it has to be properly fitted to work. If there’s a gap, contaminated air can stream right through it, taking the path of least resistance. Fit around the nose bridge is tricky. Facial hair is a no-no.

Not the Best-Case Scenario

Even in the best-case scenario, though, how much would the average wearer reduce the chances of infection? Who knows? And in any case, local mask mandates in the United States don’t call for this best-case scenario. These often require the general public to wear cloth coverings instead of surgical and N95 masks to prevent shortages for healthcare workers.

We’re now referring to almost anything that can cover your face as a “mask.” Including fleece covers and spandex neck gaiters.

Not a One-Sided Risk

What’s more, we’re not dealing with a one-sided risk where there’s all benefit in favor of masks, and no downside. A new study from Duke University suggests that cloth gaiters may actually make things worse. And yet, given current guidelines, the silly things are enough to satisfy the various and sundry mask laws. No doubt they’d qualify under the new Biden-Harris mandate.

Sometimes, even good masks could do more harm than good. For one thing, they’re easy to contaminate. If you breathe through a mask in dirty air for an hour, the outside of the mask will have a much higher concentration of whatever is being filtered than will the surrounding air. That includes spittle and virus-packed droplets.

A properly-fitted respirator has an even harsher downside: It makes breathing a chore. As a result, they are risky for small children or anyone else who has a hard time breathing. If you’ve tried to work out with almost any mask on, you could have guessed that.

No presidential candidate should suggest he has the competence, or authority, to dictate such choices for everyone.

There are so many ifs involved with masks that it’s absurd to mandate them for everyone. It makes sense for a health-care worker in a nursing home with sick patients to wear a respirator. It makes no sense for a lone, twenty year old golfer on the ninth hold at Pebble Beach in the August sun. On the contrary. Wearing a mask in that setting would be insane.

No presidential candidate should suggest he has the competence, or authority, to dictate such choices for everyone.

Why Call for a National Mandate?

So why would Biden-Harris want to mandate that all Americans wear “masks” outside? Isn’t such a draconian overreach political suicide?

In a sane time, yes. But we live in a crazy time.

Most Americans, according to polls, are still scared witless over COVID-19. They believe 9 percent of the population has died from the coronavirus. That’s off by more than two thousand percent! This confusion is entirely the product of a relentless, media-driven campaign designed to keep us in a constant state of fear. I found it troubling enough to spend the last few months writing a book about it with biologist Doug Axe and statistician William Briggs. (Pre-order now!) As it happens, masks have become the visual symbol of the whole controversy.

Will an electoral majority buy it? That depends on whether enough Americans figure out what’s happening.

If we don’t figure this out before November, walking our dogs with diapers over our faces will be the least of our worries.