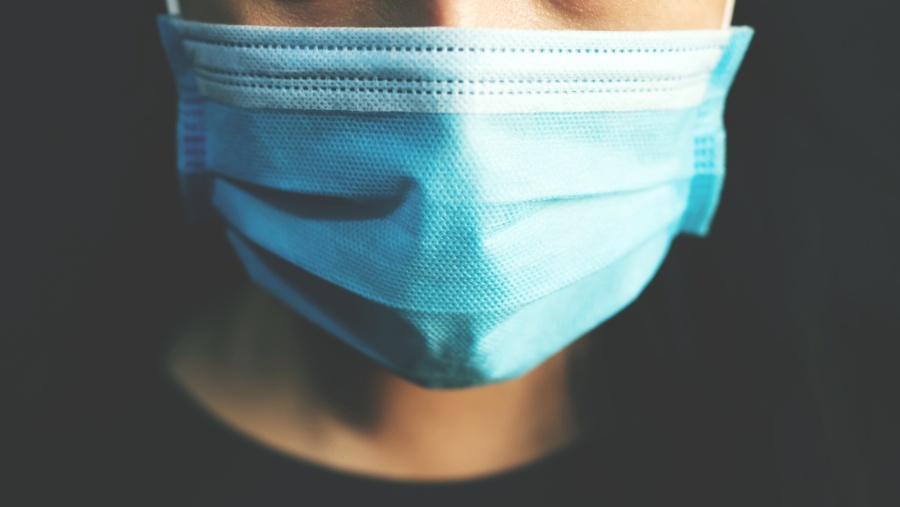 Joe Biden, or his handlers, are suggesting that, if elected, he’d implement a nation-wide mask mandate.

He says he’d make the case “with scientists” for every state, every county, every jurisdiction, to create and enforce mandatory mask laws. No scientist should, however, if objectively examining the data, agree with Joe Biden.

If Biden were elected, he would not take office, of course, until January. He therefore assumes masks would still be needed. Yet in most cases, they aren’t needed now, if they ever were.

The official CDC weekly count of deaths attributed at least in part to the coronavirus, showed 214 deaths for the week ending September 12. These are early counts and will rise due to late reporting. In any case, attributed deaths have been dropping rapidly since the first week of August.

If the trend in fatalities continues, and there is no good reason to suspect otherwise, the number of deaths will fall to “background level” by October, or November at the latest. We use the phrase “background level” since this coronavirus will likely never disappear.

Even Anthony Fauci would agree with this statement. In a recent Cell paper with David M, Morens, Fauci wrote that “viral genetic descendants of the 1918 influenza pandemic virus are still causing seasonal outbreaks throughout the world, and still killing cumulatively millions of people a century later.”

This is true, even though we have flu vaccines. Flu variants stick with us. So do coronavirus variants, a cause of the common cold. This new one causing COVID-19 is therefore likely to be around for years to come.

But that does not mean it will be causing large numbers of deaths. Certainly not enough deaths to require, by threat of jail or fine, every single citizen to wear a mask in everyday settings.

This is only one of dozens of such studies. At the least, there’s no clear-cut case for mandatory masks, and even evidence against their use in some cases.

Deaths have been dropping. So, why are so many people still terrified of the coronavirus? Because of massive increases in testing, a subject we discuss in our upcoming book The Price of Panic: How the Tyranny of Experts Turned a Pandemic into a Catastrophe.

At the same time, testing ramped up and up, and then up some more. According to the COVID tracking project, there were a peak of 926,441 tests on July 24. On one day alone! 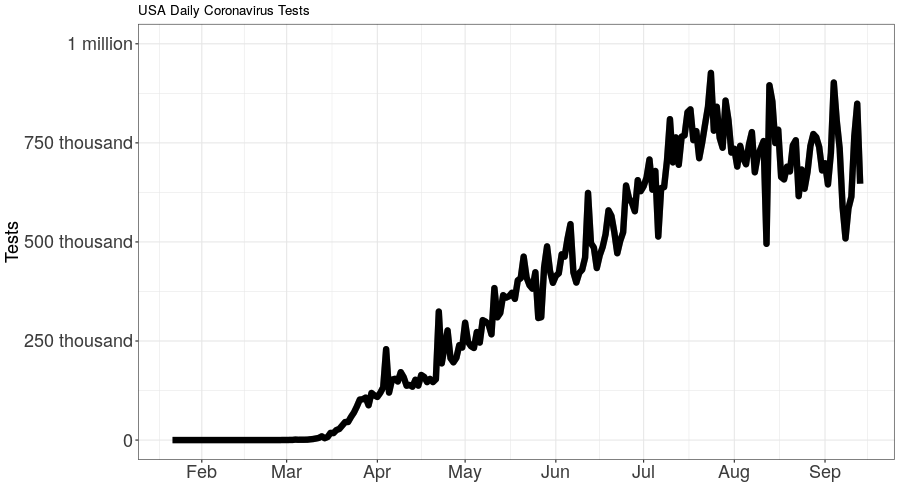 These tests are picking up minor and asymptomatic infections, or even past infections, or in the case of false positives no infections at all. Yet the press is labeling all positive tests “new cases.”

When the public, and many government officials hear “new cases,” they assume the worst. It is these media-amplified non-case “new cases” that account for the continuing panic.

A similar situation happened in 2008 and 2009 with Swine flu. After deaths dropped to near zero in the summer of 2009, the NIAID funded a “FluChip,” a cheap and widely available test. “New cases” driven by increased testing soared throughout the rest of the year, but deaths stubbornly refused to re-peak.

Universal mask-wearing is no longer necessary, if it ever was. Creating new crimes for not wearing them long after a pandemic has ended is not medically, or ethically, justifiable.

Testing for this coronavirus is only now coming down slowly, even as deaths drop far below traffic fatalities. (According to the National Safety Council about 746 people die on average every week in crashes.)

Universal mask-wearing is no longer necessary, if it ever was. Creating new crimes for not wearing them long after a pandemic has ended is not medically, or ethically, justifiable.

Douglas Axe, William Briggs, and Jay W. Richards, are the authors of The Price of Panic: How the Tyranny of Experts Turned a Pandemic into a Catastrophe (October 13, 2020).