Was it a commemoration or a campaign speech? 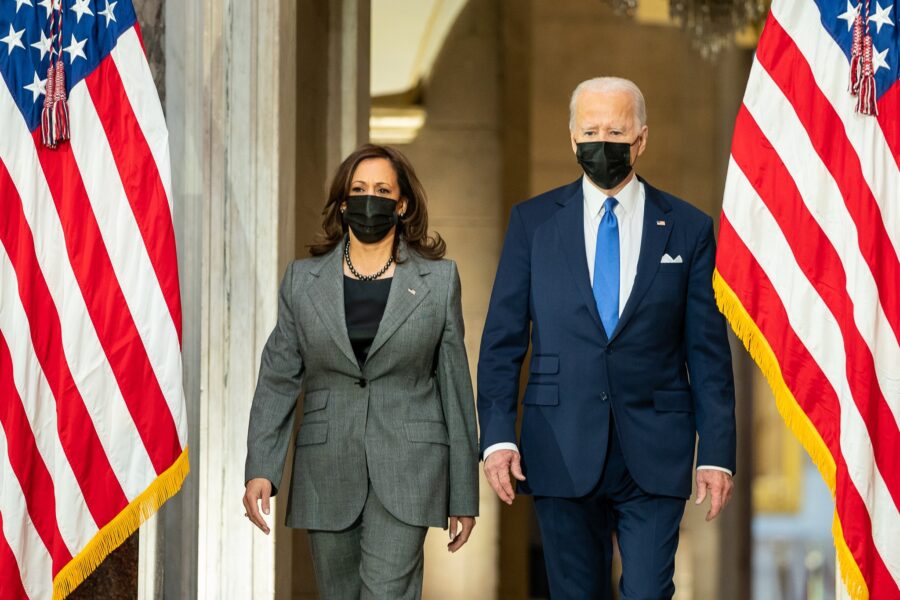 Remember the Joe Biden who promised to unify the country after the 2020 election? He doesn’t either. Biden used the anniversary of January 6 to blame Trump for stoking an insurrection.

Speaking at the U.S. Capitol, Biden declared that Trump “tried to prevent the peaceful transfer of power as a violent mob reached the Capitol.”

This would be the same Trump who explicitly called for peaceful protests and practically begged Nancy Pelosi and the DC Mayor to have National Guard troops on the scene.

And this would be the same Biden whose supporters rioted throughout 2020, attacking federal buildings coast to coast, including the White House, without a peep from him.

You Want to Talk About the Constitution?

Biden spoke of the threat to the Constitution posed by the Capitol Riot. Really?! He can’t be talking about so-called QAnon Shaman sitting in Pelosi’s chair. Or the grannies in red, white and blue jackets taking selfies.  He can’t even be talking about those who battled with officers. Obama’s old friends tried blowing up the Capitol and the Constitution wasn’t even singed.

At this moment, scores of people arrested for January 6 activities (such as trespassing) remained imprisoned without trial in the torturous darkness of the DC gulag, with their legal — and human rights — being stomped like grapes. Who endangered the Constitution? Them or the Justice Department holding them political prisoner?

Perhaps Biden’s referring to the planned challenges to the electors from the five swing states that saw massive irregularities. Not only does a specific provision in the Constitution allow them to do that, but Democrats have challenged almost every election of a Republican since the British Invasion. Most recently, they spent four years insisting Donald Trump had not been legitimately elected in 2020. They also abused the Constitution, and Congressional procedure with the phony Ukraine impeachment.

Meanwhile, this is the same Joe Biden whose administration and allies have spent every day since January 6 ripping away at the Bill of Rights and shattering the separation of powers. These are the same people currently hell-bent on undermine Senate rules and states rights in order to destroy free and fair elections.

Yeah, Joe. You know the Constitution like you know what year it is or the name of your Secretary of Defense.

Of All People, Kamala Harris Talking About Riots?

Kamala Harris — yes, the same Kamala Harris who PAID TO HAVE RIOTERS SPRUNG FROM JAIL — dared equate January 6 to December 7, 1941 and 9/11. That is not only an absurdity, it’s an obscenity.

Harris wonders “how January 6 will be remembered in the years ahead?” Answer: “Depends on whether the whole truth is told. In the meantime, most Americans could care less about January 6 after witnessing the 2020 ‘Summer of Love,’ and are wondering far more about how they’re going to pay their bills.”

Harris is right in this one sense: As it did after Pearl Harbor and 9/11, the U.S. government launched a full-out attack on its enemies. Except in this case, their “enemies” are the 75 million who dared to vote for Trump. Oh, and of course parents who don’t want to see their kids taught CRT or see men in their daughter’s locker rooms.

In the meantime, the last person we need to hear talking about riots is the woman who spent 2020 encouraging them.

When It Comes Down to It, How Was January 6 Any Different From Anything Else We’ve Seen in Recent Years?

Here’s a serious question: As wretched as January 6 was, can you name one single thing done on January 6 that Democrats had not done in the months prior … and for that matter, the year since? The only difference is Trump, the MAGA world and Republicans loudly condemned the violence on that day … and in many instances were the ones trying to stop it.

Oh, and the people in the Capitol were unarmed. Take one tiny example. Were any chunks of cement or clubs pre-positioned on January 6? They were for the attacks on the White House the previous summer.

Madonna stands across the street from the White House the day after Trump’s inauguration dreaming of blowing the place up and hundreds of thousands of Trump-haters cheer. And all she got was more wrinkles. People stand in the Capitol Rotunda asking directions to a bathroom, they face years in the slammer.

Still, I get that events on January 6 were unsettling. Just ask the MAGA people who — exactly like peaceful George Floyd protest organizers — swear agitators sprung from their ranks out of the blue to instigate violence. Can you imagine the helplessness.

And yeah, for the members of congress it must have been nerve-wracking. But so is being chased and cornered in a bathroom as Sen. Krysten Sinema was a few months ago. Or having your house surrounded as Sen. Joe Manchin has been dealing with.

And it’s certainly less nerve-wracking that being shot at, as a score of Republican congressmen were. You remember the attempted mass murder of Republican leaders? The targets included Sen. Rand Paul, who would also be assaulted twice within about a year … including right outside the White House during violent protests after Trump’s 2020 acceptance speech.

Rand Paul lost part of his lung. Rep. Steve Scalise lost a huge amount of blood and very nearly his life. All that Congress lost on January 6 was a couple of hours.

Trump was spot on in his response to Biden’s attack. “Biden is working hard to try and deflect the incompetent job he is doing, and has done, on the horrible Afghanistan withdrawal (surrender), the Borders, COVID, Inflation, loss of Energy Independence, and much more. Everything he touches turns to failure.”

Targeting him personally further divides America, Trump added. And “This political theater is all just a distraction for the fact Biden has completely and totally failed.”

Biden proved again today why he is that failure. On the January 6 anniversary, he failed again to seize the opportunity to be a healer.