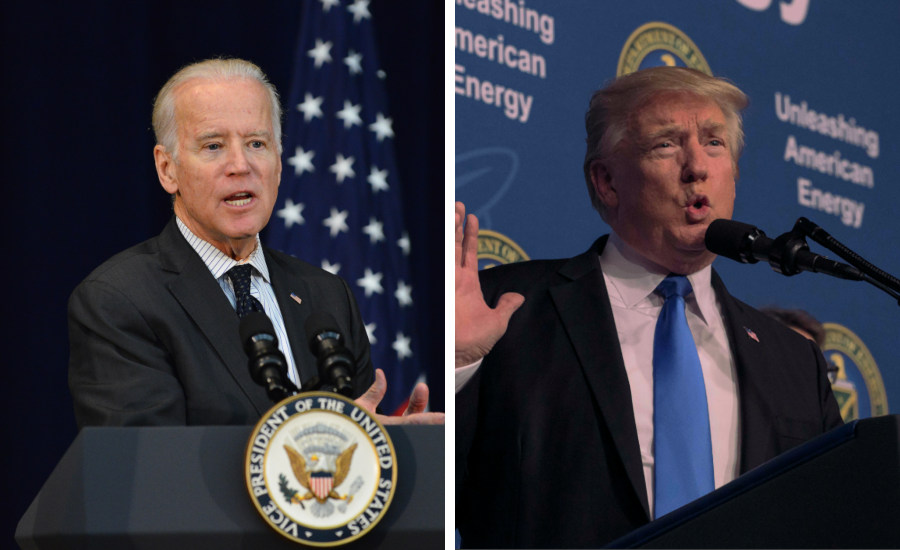 Let’s pretend for a moment that character has nothing to do with policy, nothing to do with one’s private dealings, but only with the words a person speaks in public. It’s not true; it’s a very serious moral flaw to support baby-killing, socialism, and so on. But it will help us focus on the reality behind a mistake too many make: thinking the presidency just took a step up in decency.

“Well, of course it did!” the pundits huff. “Just look at Donald Trump’s awful behavior!”

Trump has his problems. He is too often harsh, abrasive, insensitive, triumphalist, and vain. He got caught years ago saying something horrifically sexist. Although there’s no sign he’s saying that kind of thing anymore, he also refused to say he needed to confess it before God.

Biden is refined, dignified, urbane. He tells you how much he cares. He has none of Trump’s swagger, none of the harshness, no petty, direct insults. And what he wants most, what he preaches most emphatically, is to unify the nation. That’s character, right?

On the surface, yes, but the reality is hidden about as deep as the old spoiled sandwich inside the Saran Wrap. Biden preached unity in his inaugural address on Wednesday. It’s America’s top priority, he tells us. He didn’t mean a word of it. He didn’t even do a decent job of pretending he meant what he said.

A president who wanted us to believe he was sincere in his sermonizing on “listening” would have at least acted as if he cared to hear from the millions of us who still wonder about all those highly suspicious indicators of ballot irregularity. Instead he called Trump a liar, which by extension says the same about all the rest of us. How unifying is that?

He could have stretched his pretense of unity a bit more by delaying some of his executive orders. Even 24 hours would have seemed slightly more decent. Instead he moved straight from his public homily into open hypocrisy.

It was a patent lie, a fake, a facade less substantial than the fronts on the saloon and sheriff’s office on the lot at Universal Studios. At least there the actors don’t pretend their pretense is real. News commentators never did try to persuade us John Wayne was a genuine cowhand.

Biden is full of kindly charm, but I don’t buy it. It’s part of the act, a crudeness of a different sort than Trump’s but every bit as blameworthy when used in service of such falsehood.

Trump’s opponents may have charged him with lying, but no one has ever accused him of hiding who he was. Biden hid himself all those weeks in the basement, which was bad enough, but nothing so brazen as the way he tried to hide himself from the nation at his most visible public moment ever this week.

Trump was accused of falsehood, but I don’t think he ever proved himself a liar right there on the spot, like Biden did on Wednesday. If Trump lied, you had to go look something up to prove it. Biden proved in a single message that he didn’t mean a word of the virtue he was preaching, and that he had no intention of practicing it.

So What Makes Trump So Much “Worse”?

Still it’s “obvious,” isn’t it? Trump is the one with the character problem. We can all breathe a sigh of relief. We’ve got a good man in the White House again. So goes the narrative, anyway. But why do so many see it that way? Let me suggest three reasons:

The distinction in all three cases isn’t that Trump is worse and Biden better, but that the cultural context greatly amplifies Trump’s problems while diminishing Biden’s real flaws.

(And I must remind you that we’re looking at just one narrow slice of character here: public communication. There’s so much I could say about Biden’s hidden dealings and his public policies, but that would take us too far off topic.)

Don’t Be Fooled by the Facade

One of Trump’s flaws in office was that he was no good at hiding his flaws. Biden has hiding down to an art. But that’s a virtue only in power-hungry politics. You don’t want a friend like that, because the point of it is to deceive.

Biden seems better than Trump. He’s smoother. More publicly gracious. Nicer, even. It’s all cover-up, thought, which makes even his very kind demeanor just another miserable lie all its own.

Biden’s character seems better than Trump’s because he’s better at the decency act, and he’s got a more supporting context in which to play his pretense. Don’t let him fool you. The presidency hasn’t stepped up in character this week. Not one bit.