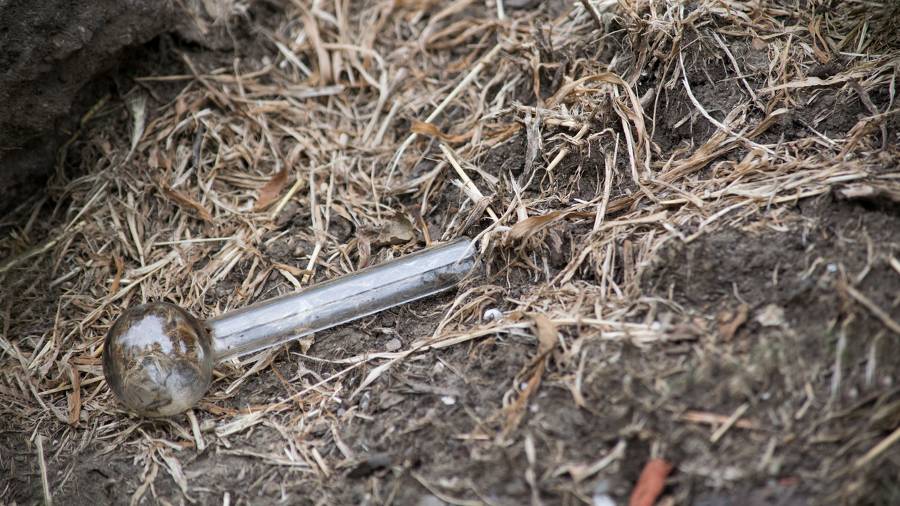 Just when you thought it couldn’t sink any lower, the Biden “Administration” made perhaps the worst decision in the Executive Branch’s history.

Joe Biden’s Department of Health and Human Services plans to enable illicit drug use for the sake of public health.

This is not a joke. This is not a story from the Babylon Bee, nor a long-lost episode from The Twilight Zone. This. Is. A. Fact.

Those who smoke crack cocaine or crystal methamphetamine face health dangers beyond addiction.

“Unsafe smoking practices can lead to open sores, burns and cuts on the lips, and can increase the risk of infection among people who smoke drugs,” HHS spokesman Chris Garrett told the Free Beacon. “Safe smoking kits have been identified to reduce the spread of disease.”

HHS Secretary Xavier Becerra and White House Press Secretary Jen Psaki denied the program would fund crack pipes. But as Tennessee Sen. Marsha Blackburn said, “We will not allow this administration to continue lying to the American people.”

As the grant application stated, “priority populations for this program are underserved communities that are greatly impacted by” substance abuse disorders. “Underserved communities” include “Black, Latino, and Indigenous and Native American persons, Asian Americans and Pacific Islanders and other persons of color; members of religious minorities; lesbian, gay, bisexual, transgender, and queer (LGBTQ+) persons,” among others, stated an executive order Biden signed on his first day in office.

In other words, giving drug paraphernalia to members of “underserved communities” is the new “anti-racism.”

Sarcasm aside, this development goes beyond “woke” idiocy or the virtual president’s invincible incompetence. It raises far more important questions that speak to the turbulence engulfing this nation.

First, who really benefits? View that question in light of two of the biggest stories of the past year: Biden’s refusal to control the border with Mexico and the United States’ chaotic withdrawal from Afghanistan.

The open border provides an open invitation for drug traffickers. More than three months into Biden’s term, U.S. Customs and Border Protection reported seizing 6,494 pounds of fentanyl during the first seven months of fiscal year 2021. By comparison, agents confiscated 4,791 pounds in all of fiscal year 2020.

“When you talk about that amount, how many communities and people that will affect and how many deaths that will be associated with it, you can’t even comprehend it just because it’s not fathomable,” said Dr. Darien Sutton, who prescribes fentanyl in micrograms as an emergency-room doctor. Two milligrams of fentanyl can kill you.

Not surprisingly, China plays a dominant role in the drug trade.

China is the world’s biggest fentanyl producer. Chinese laboratories make raw fentanyl and its components, then ship them to Mexico, where cartels take over production and distribution. With 75 percent of customs seizures taking place at the border crossing between San Diego and Tijuana, cartels use human couriers called “mules” to bring fentanyl across rural areas of the unprotected southern border.

Investigative reporter Ben Westhoff went to China to learn how fentanyl was made. Posing undercover as a drug dealer, Westhoff visited two drug labs and made a breathtaking discovery.

“What I learned was that these companies making fentanyl and other dangerous drugs are subsidized by the government,” Westhoff said. “So when they work in these suburban office parks, for example, the building, the costs for research and development, they have these development zones, they get export tax breaks.” (Emphasis added)

Of the 64 executive actions Biden signed in his first 100 days in office, 12 dealt with immigration, more than any other subject outside of COVID-19. Of those 12, 10 reversed Trump’s policies.

“While Biden has promised to do something about the epidemic, his rhetoric is contradictory to his border policy decisions,” Gute wrote. “The administration must control and monitor the borders to a much greater extent, which will reduce the amount of illegal drugs pouring into the Southern border from China.

“Securing the border is essential in protecting both Americans’ and immigrants’ lives from the illicit drugs that are ravaging communities. It should be a top priority for the Biden Administration to uphold its promise of ending the opioid crisis. Wasn’t that a major part of his campaign?”

Not Letting a Crisis Go to Waste

China also might have played a pivotal role in Biden’s demand for American troops to leave Afghanistan.

In August, The Stream explored in detail the possibility that Biden did China’s bidding in ordering an abrupt withdrawal. Biden’s stubborn insistence disregarded warnings from Congress, the State Department and the military.

So what would China want? One thing would be access to the sophisticated military equipment the Americans abandoned. The Chinese could study it to reverse engineer it or develop countermeasures.

More importantly, the Chinese would have unfettered access to Afghanistan’s wealth. The country contains such raw materials as iron ore, gold, uranium, copper and rare earths, which are essential for consumer and military electronics. Before the Taliban filled the political void once the Americans left, China had spent $62 billion on energy, communications and transportation infrastructure in Afghanistan through the Belt and Road Initiative.

Never Go Against the Family

Finally, look at the entire situation in light of the suspicious activities involving Biden and his son, Hunter.

Those activities go beyond the financial arrangements with Chinese firms that benefited both men, with the elder Biden, known as “the big guy” in e-mails, getting a 10 percent kickback. Peter Schweizer wrote in Red-Handed: How American Elites Get Rich Helping China Win that the Bidens received $31 million from Chinese business associates linked to the most important leaders of China’s intelligence agencies.

Look at Hunter Biden’s lust for drugs and sex, which made him vulnerable to blackmail. A young Chinese woman, Bao JiaQi, used her status as his secretary, confidant and likely sexual liaison to influence and entrap him, reported Britain’s Daily Mail.

Look at the breathtaking arrogance the elder Biden displayed while bragging about intimidating a Ukrainian prosecutor investigating Hunter.

Put all those elements together, and you have even more disturbing questions.

Are members of the federal government being bribed or blackmailed by foreign governments and drug cartels? If so, who are they? How often? For what, exactly?

If the assumptions behind those questions are true, they lead to perhaps the most frightening question of all.

Are elected officials and unelected bureaucrats willing to sacrifice you, me and every other American on the altar of greed?