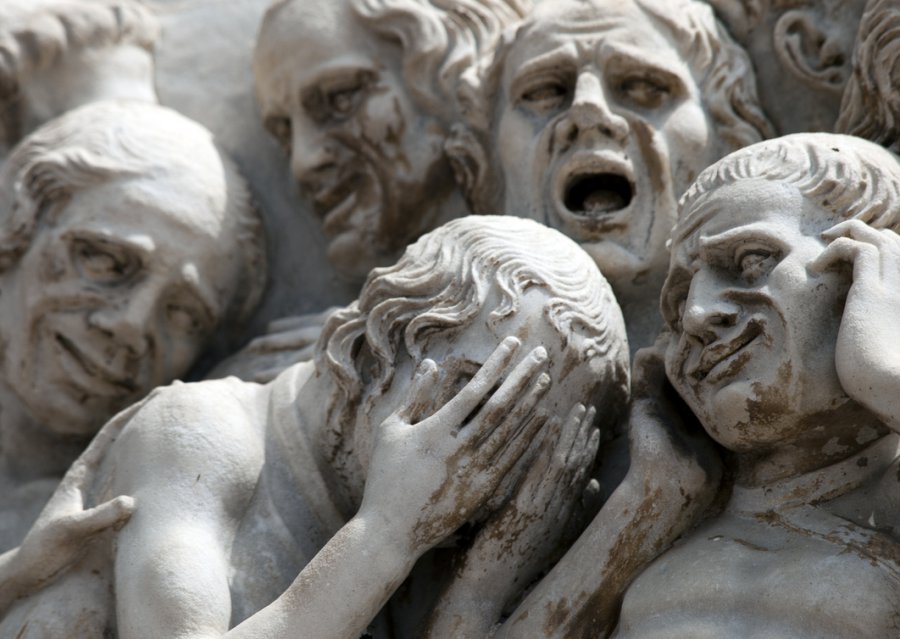 If the Bible has a single most politically incorrect teaching, it won’t be about a sin only a few people commit. It won’t condemn something you and your friends aren’t going to do anyway. It won’t command something you would do anyway. And it definitely won’t be a sin or a commandment you can use as a weapon in the culture war.

In other words, the Bible’s most un-p.c. teaching will probably offend you as much as it offends any one else.

That’s what The Most Politically Incorrect Passage in the Bible misses. It appeared here a couple of weeks ago. The apologist Alan Shlemon picked out the Apostle Paul’s condemnation of homosexual acts in First Corinthians. Although Paul lists fornicators, idolaters, adulterers, thieves, the covetous, drunkards, and revilers, and swindlers, as those who would not inherit the Kingdom of God, he focused on homosexuals.

That’s a problem in itself. But is Shlemon right anyway? No. If the Bible has a single most politically incorrect teaching, it will be a sin we all commit. Or maybe a command to do what none of us want to do. In either case, a statement that offends all our politics — and everything “political” stands for, like lifestyles, cultures, tastes, desires.

Shlemon isn’t wrong, exactly. Say what Paul says in a faculty meeting at the typical college and your colleagues will yell at you. They might even bring you up on charges. It’s as un-p.c. as you can get in those circles. But not in every circle. Say it at many a Christian meeting or from the pulpit of many a church, and you’ll find yourself praised. It’s perfectly p.c. there. For many people, homosexual people offer the perfect villain. They symbolize everything those people hate. And they don’t like homosexuality anyway.

Paul’s teaching is un-p.c. for some people. But it’s also really p.c. for others. So not the Bible’s most politically incorrect teaching, not by a ways.

The Most Offensive Teaching

As I say, the Bible’s most un-p.c. teaching will challenge everyone. That’s what makes it genuinely politically incorrect. It won’t be telling just one part of society to stop doing what they like to do or to do something else. The most un-p.c. teaching will tell all of us to stop doing what we like to do. It will tell all of us to do something else.

What is the Bible’s most un-p.c. teaching? What does it say that offends and challenges pretty much everyone? We being such sinners, we have lots of possibilities.

I’d suggest one, at least for Americans and Europeans. It’s Matthew 25:31-46. You’ll remember the passage. Jesus tells the people about the judgment to come. The king says to some: “Come, you who are blessed by my Father, inherit the kingdom prepared for you from the foundation of the world.”

Some did not do that for the least of these. The king tells them: “Depart from me, you cursed, into the eternal fire prepared for the devil and his angels.”

Good Deeds All the Time

Why did I choose this passage? Because few of us like this idea. As a lovely ideal, yes, but not as a truth to be lived. We don’t want so radical a change in what we do with our stuff. And not just our stuff, but our time, our energies, our space, our company, our affections even.

We’d object if we really faced the demand Jesus makes. As we know from other things Jesus says, he’s not asking us to do a good deed once in a while. He’s telling to do good deeds for others all the time. As a way of life. As a sacrificial way of life. It’s the way we take up our cross and follow him.

Alas, we’re like the seagulls in Finding Nemo. We say “Mine, mine mine.” Jesus says “No. Mine, mine, mine.” But the way he says it is “Theirs, theirs, theirs.” That is what he means when he says, “As you did it to one of the least of these my brothers, you did it to me.”

Few of us really want to do what Jesus asks. We want to follow him, of course, but not as far as he demands of us. We want to keep part of our lives to ourselves. Mine, mine, mine. It’s true of me, at least, and I suspect true of you. You and me? We’re seagulls.

That’s why I suggest this passage as the most politically incorrect part of the Bible. Few of us want to engage in homosexual sex. Paul says no to that? Cool. No skin off my nose. But nearly all of us want to say no to Jesus when he tells us to give so much to the least of these. There we have skin in the game.