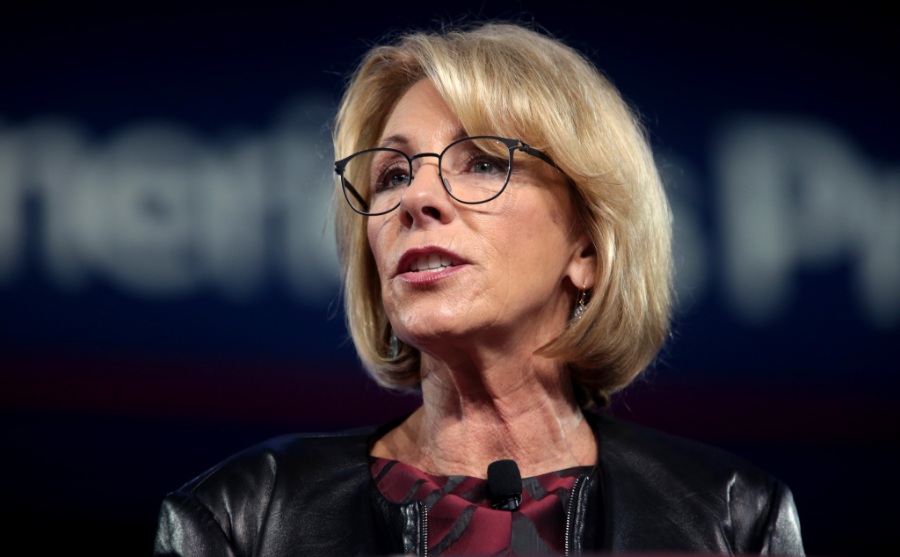 After honorably serving in the Navy, Joseph Roberts was on track to become the first person in his family to earn a college diploma. But that was derailed when he was suspended from Savannah State University on a mere accusation.

Joseph’s suspension came via e-mail on the same day a complaint was made. Meaning it was the first time he heard about it. As if that wasn’t enough, within minutes a campus wide alert was sent. It had Joseph’s picture on it like a mug shot. It warned the entire university that not only had Mr. Roberts been summarily suspended, but that he was trespassing if found anywhere on university property.

Why? Because two students had filed complaints, making what Joseph says were false allegations of verbal and online sexual harassment. Nobody even bothered to reach out to Mr. Roberts for his side of the story.

Roberts isn’t alone. Families Advocating for Campus Equality (FACE), was established in 2013 to “support and advocate for equal treatment and due process for those affected by inequitable Title IX campus disciplinary processes.” The group was founded by three mothers of sons falsely accused of sexual misconduct. The organization is now led by an eight-member Advisory Board. Seven of the board members are female. They point out that nearly one hundred court decisions have been issued in favor of accused students since 2013.

How did we get here? The Obama Administration’s Department of Education (DOE) and its Office for Civil Rights (OCR) issued a pair of “Dear Colleague” letters to colleges and universities in 2011 and 2014. These guidance documents called on colleges to investigate sexual misconduct claims quickly. They discouraged cross-examination of the accuser. They also required colleges to use a “preponderance of the evidence” threshold to determine guilt.

It’s widely believed that these Obama-era directives, while perhaps well-intended, tipped the scales on behalf of accusers. An academic study found that an innocent student had as much as a one-in-three chance of being found guilty under the previous guidelines. The court decisions issued in favor of accused students often point to denials of due process — rushes to judgment, in effect. Guilty until proven innocent rather than innocent until proven guilty.

In 2017, Secretary of Education Betsy DeVos revoked the Obama Administration’s “Dear Colleague” letters. But she had not yet replaced them with anything final. That happened this week. In the interim, DeVos hosted a series of listening sessions. The Secretary met with members of sexual assault survivor groups and with advocates for the accused. At one of these sessions, Joseph Roberts was able to tell Ms. DeVos his story.

Here are some of the major changes DeVos has now put in place. Colleges must provide live hearings that allow students’ advisers to cross-examine parties and witnesses. These live hearings are to be recorded. They’re to be made available to parties and maintained in college records. Schools must also presume that those accused of sexual misconduct are innocent, before investigating them or making decisions about them. Sounds obvious, but FACE’s website is littered with stories like that of Joseph Roberts. Instead of preponderance of the evidence, colleges can use the “clear and convincing” standard, which sets a higher burden of proof for accusers. Colleges must now provide relevant evidence related to all parties and advisers at least 10 days prior to requiring a response. By comparison, you have 30-60 days to respond to a traffic citation.

Additionally, under the new rules, claims made by parties and not cross-examined as part of a Title IX inquiry may not be used as evidence. That’s huge. Cross-examination is a great way to assess the credibility of claims offered by accusers and witnesses. Anyone who has spent much time in court will tell you that witnesses are not equally credible. They forget things. They add things. Innocently, or sometimes with intent to harm. What I most recall about serving on jury duty was how much time the judge spent instructing us about the importance of weighing the credibility of testimony. You’ll probably hear witnesses contradict each other, he warned. He was right: we did. But cross-examination helped us decide whose stories made more sense. As Proverbs 18:17 puts it, “The one who states his case first seems right, until the other comes and examines him.”

Colleges and universities must comply with the new rules by Aug. 14. While some fear that the COVID-19 shutdown makes it a tough time for schools to adjust, Secretary DeVos explained that the changes had been signaled well in advance. The fact that students are not currently on campus, she explained, makes this an ideal time for schools to prepare.

Let’s hope these new correctives provide balance to the process and fairness for everyone. Sexual misconduct deserves severe consequences. But the accused are entitled to the presumption of innocence.