Bernie Sanders Wants to Cancel All Student Debt. But There’s a Catch 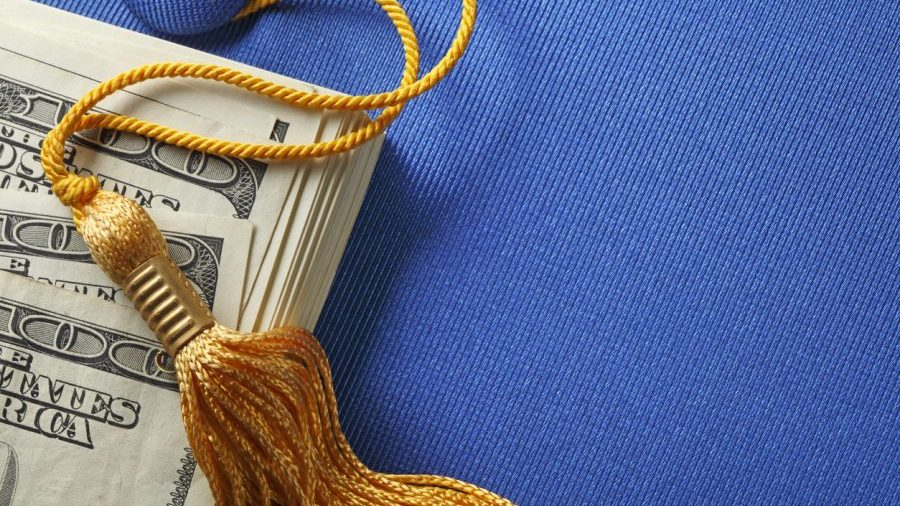 The 2020 Democratic Primary of Extravagant Promises is off and running. On the hot topic of student loans and college affordability, Senators Elizabeth Warren and Bernie Sanders are offering bold, competing plans. Both Senators would eliminate tuition at every public two-year and four-year college in America. But their plans differ in how they’d treat the $1.6 trillion in student debt now held by some 45 million Americans. Let’s start there.

Warren provided an economic analysis arguing that about 95% of people with student loan debt would receive some relief. About 75% would have their entire debt load eliminated. Warren would pay for her plan by an Ultra-Millionaire Tax  —  a 2% annual tax on the 75,000 families with $50 million or more in wealth.

Sen. Sanders upped the ante Monday. Here’s what we know so far. Sanders would cancel all student loan debt for anyone holding such debt. No eligibility limits on income. He’d pay for it with a new tax on Wall Street speculation. In addition to making two- and four-year public college free, Sanders would provide subsidies to lower the cost of college for low-income students attending private colleges that historically serve underrepresented communities. Households with the highest earnings tend to have the most education debt. The well-off used student loans to get where they are. Forgive the debt and you’re giving these folks a massive bailout. As college financial expert Mark Kantrowitz says, “Most borrowers are capable of repaying their student loans.”

How would Sen. Warren’s plan play out? The Urban Institute estimates that Warren’s plan would “disproportionately benefit middle- and upper-middle-income Americans.” It’s hard to argue that those earning above-median incomes of $65,000-$109,000 are in need of a $26,490 (or so) bailout at taxpayers’ expense. Sanders plan would be even more generous to the wealthy. Remember: These individuals choose to take on college debt. That debt had the intended effect: It helped them raise their earning power. They’re now happily in the middle to upper-middle class. They can afford to pay their loans.

Let’s Help the Ones Who Need it Most

In a dream world where political leaders could work together on areas of agreement, maybe we could focus on those who struggle the most to repay their student loans. It’s a weird fact that borrowers with the smallest debts are most likely to default. They’re often college drop-outs with limited earning power.

We already have income-based repayment plans, which are designed to help lower income debt-holders avoid default. But getting on these plans, and staying on them, is complicated. Those who most need the help are least likely to get it.

What if we made paying student loans more like paying taxes? Take a percentage of a borrower’s above-poverty earnings out of each paycheck. The more you earn, the more Uncle Sam removes, setting you on a path to repay the debt in full, principal and interest, within, say, 10-20 years. If your income is below the poverty line, we don’t take anything out for student debt. And the interest doesn’t accrue until your earnings go above poverty. Want to pay off your debt faster? Just ask that an additional amount be removed towards paying down the principal, as with a home loan.

There’s an implicit loan forgiveness here for those who struggle near the poverty line. But it’s a targeted forgiveness. It helps those in dire straits. It’s unlikely to create a perverse incentive.

The extra earnings that come from a college degree remain high, despite rising costs. But for roughly the bottom 25% of college graduates — and almost all college drop-outs — the payoff is poor. It’s risky for marginal students to attend four-year colleges.

That’s a concern with the “let’s make college free” part of Warren’s and Sanders’ plans. One, it encourages over-consumption: Students taking a free four-year experience when they’d be better served with a different vocational route. Two, it promotes a credential arms race. In 2008, Presidential candidate John Edwards proposed one year of free college for “qualified students.” Now we’re talking about free two- and four-year college. How long until we’re talking about free graduate school?

And three, free college can lead to lower academic performance, as students have less invested in their own success. More students in college, perhaps doing less well in the process, would mean higher costs for society as a whole.