Believe the Science? Your Common Sense Knows Better Than That 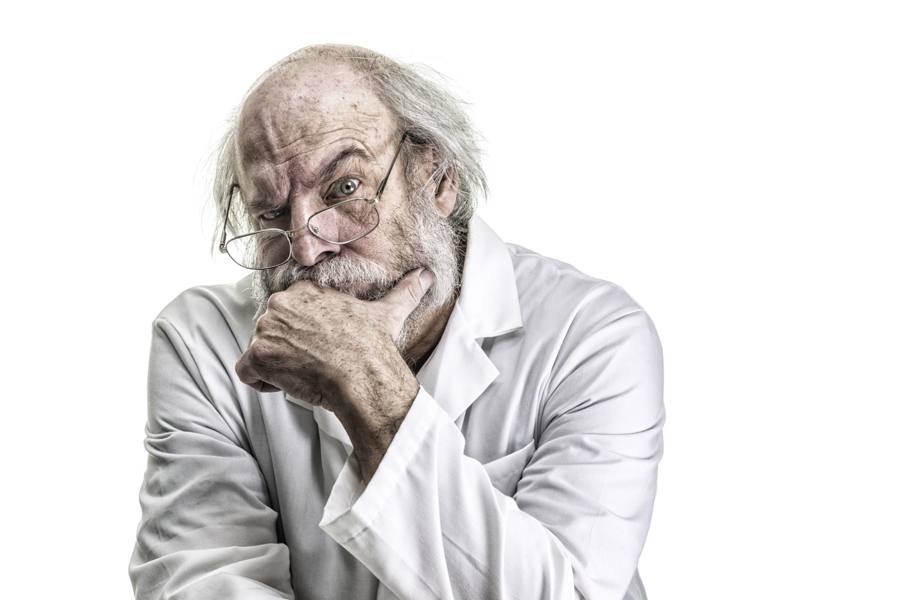 Robert Kirsch has a lot of money and he’s using it to crusade against mask and vaccine mandates. That makes him a fringe figure in today’s world. Last week he hosted Dr. Robert Malone for a two-hour webinar on what’s wrong with COVID science.

Malone’s claim to be the inventor of the mRNA vaccine may be overblown, according to the gurus at Wikipedia, but it’s not laughable. He led a team that led the early initial groundwork for today’s COVID vaccines. But now he’s hanging around with unsavory characters like Kirsch, raising truly chilling alarms against science itself. That must put him on the fringe, too.

I’m careful about the science I accept, especially science I write about. I want to read the journal article for myself. I’m especially wary of anything that smacks of conspiracy theory. So I was surprised to hear my inner voice asking myself that night, “Why am I so inclined to believe this?” Why do they seem to make so much sense? The authorities say I’m supposed to ‘believe the science,’ so why do these two make so much sense?”

Whom Can We Trust?

More generally, how do those of us who aren’t virologists or epidemiologists or even MDs assess the claims about vaccines and masks? Whom can we trust? Once upon a time it was simply, “Scientists. They know how to find out. They’re objective. You can trust them.”

It was nicely reassuring, but it was also naive. And it’s gotten worse, as it’s nearly impossible to find a scientist working on matters of social policy import who isn’t lined up with some political position or another. It’s hard to tell which came first anymore, the research or the politically expedient conclusion.

I’ll believe the science when “the science” includes psychology, sociology, economics, and all the relevant medical fields. I don’t see any sign of policymakers believing the science that way, the only way that could conceivably be broad enough to count as “the science.”

Yet we can’t just toss our hands in the air and say “Forget about it all, then!” COVID policy absolutely depends on COVID science. It also depends on COVID economics and psychology and sociology and basic human rights, but one topic at a time. Which science do you trust?

Let me suggest a few ideas. It starts with doing enough of your own homework to know at least who’s claiming what. Then it moves into basic common sense. Some science is too strange for that, but not much of it.

If It’s Not Believable, Maybe You Shouldn’t Believe It

It was Malone the other night, I think, who told about a study out of Bangalore, India, that supposedly showed that masks are effective against virus. Especially red masks. They’re more effective than N-95 masks, and both of those are better than blue masks.

So apparently the virus has a prejudice problem. It discriminates based on color. Or maybe you should disbelieve the entire study, as there’s certainly something wrong with it. Statistics can go awry. Papers can get shuffled. The commonly-used 5% confidence level means that one out of 20 “successful” studies will reach an incorrect inference, and no one can know (based on that alone), which one(s).

If It’s Obviously True, Then Feel Free to Believe It

A lot of COVID science is like that, said Kirsch and Malone: Junk. Maybe they were lying. But some of what they said was too believable not to be true.

Malone spoke of a pediatric psychiatrist friend who’d studied what masks are doing to kids. It was all very third-hand, just the kind of thing a fringe character might use to deceive, except his point was too obviously true. Kids are suffering irreparable harm from starting out life in a world of masks.

It’s hurting them emotionally: This Surgeon General’s report came out just days earlier, but it skirted some of the more obvious recommendations.

Masked life is also harming their language development, and it’s interfering with the growth of their mental capacities. Malone said they’d seen a 20% drop in average IQ.

If so, it’s a long-term crisis far outweighing the worst global-warming scenarios. Human ingenuity can overcome a lot, but probably not the crippling of a generation’s human ingenuity. We must know more about this!

Maybe they were lying, though. But here’s where we can lay aside the white-coat mystique of science and ask more ordinary questions, such as, “What’s in it for them?”

Kirsch and Malone have put their careers and reputations on the line. There’s not much reward for a successful person going “fringe” in the eyes of his colleagues.

Could it be about some other benefit, maybe money? I have no idea what either of them might have gained or lost through this campaign. I do know that Pfizer’s CEO has recently suggested we all need a second booster shot. Millions and millions and millions of vaccines. Could there be a financial incentive on that side of the question?

Normally you’d have to wonder about the risk they carry, but Pfizer has also been legally shielded (indemnified) against lawsuits for harm they might do. The U.S. government has cooperated with them to hide their research data for 75 years.

If you think Kirsch and Malone are the ones chasing after dollars, you’re further out on the fringe than they could ever be.

“Believe the Science” Is the True Fringe Attitude

Finally, look at who’s hiding what. Major media including social media have throttled public dissent on COVID-19 treatment. I know that answers don’t come by way of censoring questions. Neither does trust; not real trust, anyway. The idea seems to be to increase trust by disallowing any questions. It only works if no one actually has a question. And questions only work when there’s a better answer than “believe the science.”

This “believe the science” mantra is really quite stupid, actually. First, as Frank Turek has often said, “Science doesn’t say anything, scientists do.” Scientists are human. Even the “assured results” of science can change, and often have.

But imagine for a moment that everything Anthony Fauci has said about COVID-19 is perfectly true. Better yet, imagine everything he hasn’t already contradicted himself on is true. Imagine we could believe every word of it. Is believing Fauci the same as “believing the science”?

Not even close. Even in the best case, he’s not offering “science;” he’s only offering the epidemiology of a particular virus. Science is larger than that. I feel silly speaking something so obvious, but it’s the people who don’t seem to recognize the fact who should really feel silly.

I’ll believe “the science” when “the science” includes psychology, sociology, economics, and all the relevant medical fields. I don’t see any sign of policymakers believing the science that way, the only way that could conceivably be broad enough to count as “the science.” They sure haven’t encouraged open discussion on it.

And it’s only half the question anyway. These mandates — *especially jab mandates — are tyrannical. When government strips away every single resident’s right to choose, that’s not democracy, it’s dictatorship.

They do it in the name of safety. Plagues and pandemics have killed about 400 million people over the past 20 centuries. Dictators killed at least 100 million in the 20th century alone, and destroyed many, many, many more through corruption, thievery, control, and intimidation.

We Must Open Up the Debate

I haven’t read all the studies, and I know you probably haven’t either. The media doesn’t want you hearing anything but the party line. The rest they’ll label as fringe.

Fringe or not, though, there’s enough substance in messages like Kirsch’s and Malone’s to know what we must say even if you’ve never read a single technical paper in your life. Tyranny is wrong. Hiding ourselves from human interaction is wrong, especially for our kids. And whether the vaccines work as advertise or not, hiding the data is wrong.

We must open up the debate. We dare not settle for “Believe the Science,” or “Kirsch and Malone are fringe characters.” Your common sense is plenty good enough to tell you that fringe characters don’t make as much sense as these men do.