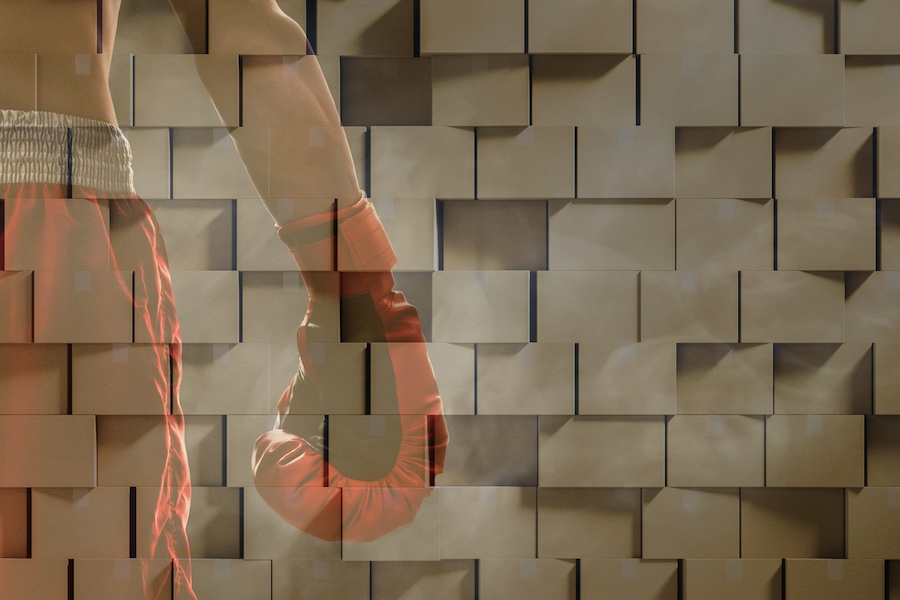 Leftists have a problem with Christianity. They know they’ve got to find ways to neutralize us. And as wrong as they may be on so many issues, they’ve got this much going for them: They know how to strategize. They know they can’t make us sit down and be quiet. They know (or at least some of them do) their arguments can’t stand up against ours. Their best bet, then, is to make us irrelevant. They’ve got two top tactics to try to do that: Beat ’em up and box ’em out.

Their “beat ‘em up” tactic is the one that makes the news. They use laws and regulations to make it illegal to practice our beliefs or even to speak what we know as true. They drag us into court. Or they’ll make media firestorms out of people like pro-life marcher Nick Sandmann. And they’ll craft new language to try to cow us into submission, calling us “bigoted,” “homophobic,” and “intolerant.”

And this tactic has worked, far better than it ever should have. Pastors, churches, and even whole denominations have buckled, giving up their heritage of truth in Christ for the sake of being counted acceptable by the same people who’ve been beating on them.

Still there remains a large contingent of Christians who won’t give in. By God’s own grace we know who God is, and we know He has got our backs. We know of generations of believers, living and dead, who’ve stood strong against far worse than what we face. So we’re not about to retreat in the face of a little name-calling, or even when they try to use the courts against us. They want to shut us up, but they can’t.

So their next best bet is to make us irrelevant — to box us out, keeping us out of the public conversation, away from the public square.

They do it best when they do it with subtlety. When a Democratic senator suggests a Christian nominee is unfit for office because of his or her beliefs, that’s a boxing-out maneuver, but it’s mostly ineffective, at least so far. It’s too obvious, and too obviously wrong. We rise up and cry “unconstitutional!” and they’re stuck, because of course it’s true: Article VI says there’s no religious test for federal office.

But they have more subtle methods, which tend to be more effective for time. One of them is simply to sweep our views aside, just because of our beliefs as Christians. I saw it all the time on my blog, before the Obergefell decision settled the legal question. Take for instance the commenter who told me, “The primary motivation for Christians [to oppose same-sex marriage] is accepted Christian dogma on the subject. Since this is irrelevant as far as the law is concerned, you have to come up with secular reasons.”

Note first of all how casually he assumes Christian belief is irrelevant to the law. We’re boxed out there. It’s been going on for years, starting when judges slipped “separation of church and state” (not part of the Constitution) into their readings of the First Amendment. Prior to that, few Americans would have considered Christianity irrelevant to our legal system; most would have recognized biblical ethics as the foundation of English and American law. The tactic worked, though, so now we can’t speak up on our own terms, but only on secularists’.

Keep on speaking! They’ve got their tactics. We’ve got the truth.

But what happens when we do that — when we speak the secularists’ language? Eight months before that commenter said it was all about “Christian dogma,” I’d written a four-part series on non-religious reasons to oppose same-sex marriage. At that time this same commenter had asked, “What’s the drive behind that? Religion.” Even having a religious motivation made my non-religious reasons irrelevant. He admitted I had “a case,” though “ a weak one.” The quality of my case became quite a subject to discussion; but he still fell back to saying it “appears to be religiously motivated.”

Our reasoning could be perfectly sound, but if they can render it irrelevant by labeling it “religious,” or even “religiously motivated,” they can sweep it all aside. It’s all about boxing believers out of public discussion. Would they have tried that with biblically motivated abolitionists or Civil Rights activists?

Then there’s the strategy of making opinions disappear by declaring them religious when they have nothing at all to do with religion. You can see it in action at your local Barnes & Noble store. Look for any of the several critical books on evolution by Michael J. Behe or Stephen C. Meyer. I’ve read them all. They’re 99 percent focused on scientific issues and methods, along with a bit of discussion on the philosophical implications. They’re competently researched and written. Both Behe and Meyer know their fields inside and out.

Because their conclusions support intelligent design, though, bookstores shelve them with the religion books. It wouldn’t do to admit they’re even about science. Better to make them disappear from that discussion altogether.

And I can almost guarantee someone who hasn’t read any of the books will comment here and tell us they can’t be science, because their authors had religious motivations. (As Isaac Newton and countless other scientists had, by the way.) I’ve seen it often; I’ve even documented it: It’s exactly what happened on Amazon when Meyer’s book Signature in the Cell appeared.

So How Do We Respond?

So how do we respond to these tactics? Patiently and persistently, to start with. Nothing we do is going to make them change our enemies change their methods anytime soon. We have to be willing to stand up to it, over long periods of time. That implies knowing we have a place to stand; that we have reasons and reality backing up our position. So we’d better do our homework, so we’ll know what we’re talking about. They can use their beat ‘em up or box ‘em out tactics. The strategy most likely to win for us is knowing the truth and presenting it persuasively.

We have to learn where and when to speak up, too. And we’ve got to do it! We have to speak out, trusting in God, and always seeking to do it with wisdom for the situation — but boldly.The more we do, the harder it’ll be for them to box us out.

Remember what they’re after. They want to bully us out of the battle, to make us shrink back in shame or fear. Don’t give them that. Christ is no one to be ashamed of, and with Him as our Lord, these opponents are no one to fear.

Or they’ll try to muzzle our voices by sending us off to some irrelevant corner. Don’t let them do that, either. Keep on speaking! They’ve got their tactics. We’ve got the truth.