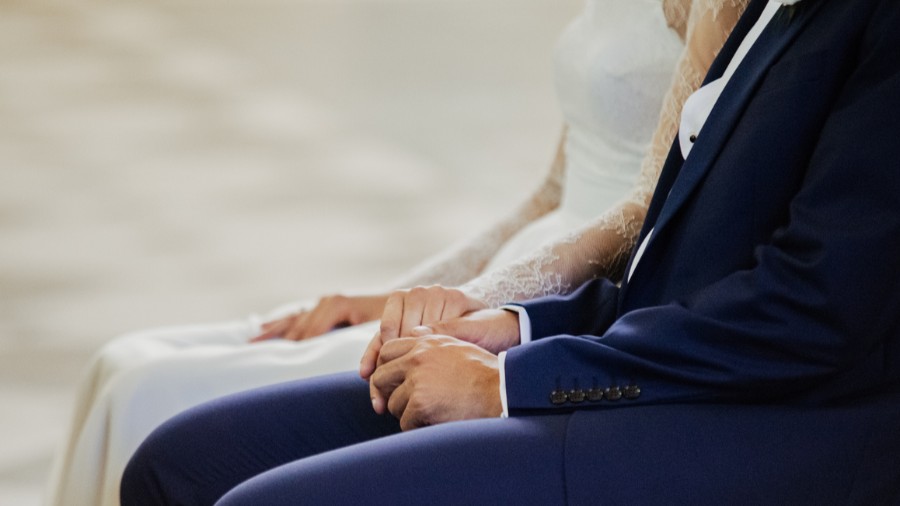 Part of my job as a pastor is to counsel young couples preparing for marriage. We discuss what marriage means for Christians — the depth of meaning it holds, the power of true love and how the sacrament of marriage communicates God’s grace.

Then I give them a challenge, “Why don’t the two of you do something really weird?”

They glance at me with sudden surprise. I’m a priest. I’m not supposed to be counseling weirdness. They’re bewildered.

I continue, “Why not be really subversive in our society? Why not do something totally out of the ordinary — something surprising, something alternative, something that will make everyone think you’re strange?”

By now they’re really interested. “What’s that? What do you mean?”

I say, “Do something really subversive. Get married in church. Have lots of kids. Home school them or put them in church school. Most of all, stay married. For life. For better or for worse.”

We then go on to talk about the situation in our society. It used to be normal and respectable to get married, stay married, have lots of kids and go to church. That is not the new normal.

Instead, the sexual status quo is that anything goes. The creed is that of the 1968 revolution, “The only thing forbidden is forbidding.” Our society says about sex, “It’s no big deal. Any sex act is OK as long as the participants are consenting adults … and we’re not too sure about the need for consent or the definition of “adult.” The anthem is the 70’s pop song, “If you can’t be with the one you love, baby, love the one you’re with.”

Human beings have started to forget not only what sex is for, but also who they are.

When it comes to making babies everything is also up for grabs. A lesbian uses sperm from her gay man friend and impregnates herself with a turkey baster? No big deal. Two gay men pay a woman in Thailand to be artificially inseminated so they can have a baby? “That’s not abusing women. That’s giving her employment!” Aborting unborn baby girls for sex selection? That’s not misogynistic. That’s reproductive choice! Abortion clinics targeting racial minority neighborhoods? That’s not racism. Give them the Margaret Sanger award!

Sexual identity? There are umpteen genders, don’t you know? If you don’t like who you are, save up, go to the clinic, and if you can pay, they can change you from a woman to a man. You’ll have to endure weird hormone shots, start growing a beard and have part of your arm cut out so they can make you a pretend penis. Wait … you’re only sixteen? Now’s the time to choose, honey! If you’re a man we can make you into a lady! Look at Bruce Jenner. He’s called Caitlin now!

Adam and Eve All Over Again

After suggesting that my couples preparing for marriage be subversive by getting married, staying married and having lots of kids, we go on to talk about sexual identity and why things are so upside down in our society.

The simple problem is we have forgotten what sex is for. Artificial contraception and abortion have made us think sex is for recreation, not procreation. Now that this idea has been with us for sixty years (since the invention of the birth control pill) human beings have started to forget not only what sex is for, but also who they are.

I then go on to ask the marriage prep couples, “What is a man? What is a woman?”

Now they’re embarrassed a little and mutter, “A man has a penis and testicles and male hormones. A woman has a uterus and breasts and female hormones.”

“Correct. And what are those organs for?”

“They are reproductive organs. They are for producing or nurturing children.”

“Again. The right answer. In other words, a man is a father or a potential father. A woman is a mother or a potential mother. People are created as men or women. So as we get to know and understand our masculinity or femininity, we get to know who we are as human beings. Socrates said, ‘Know yourself.’ Knowing who we are as men or women is an important part of that process. And the way we really get to know ourselves as men and women is not only having sex with the other half, but also by having children. When a child is conceived I become a father or a mother and at that point my masculinity or femininity is validated fully.”

To uphold reality and an ideal is not to condemn or exclude everyone who doesn’t fit that ideal, but neither do the exceptions cause us to give up the ideal. If we hold to a Biblical, historical and natural understanding of marriage, it doesn’t mean we have to be mean to everybody who disagrees or everybody who, for whatever reasons, cannot live up to that ideal.

In fact, Christians should have exactly the opposite approach to problems and failures surrounding sex. The ideal of one woman and one man married for life with lots of children is a very high bar to clear. Failures of all kinds, for many different reasons, abound. Christians should not be in the business of condemning and marginalizing those who stumble and fall. Instead we are in the forgiveness business and always have been. Remember when the self-righteous religious people brought a sinful woman to Jesus? He looked on her with pity not with blame. He said, “I don’t condemn you. Go and sin no more.”

The sociologist Rodney Stark points out that one of the things that helped Christianity convert the pagan world of the Roman Empire was the fact that Christian families were radiant examples of self-sacrificial love. In a society where women were just one step above slaves, the Christian husbands loved their wives as equals. In a society where children were aborted or thrown on the garbage heap after birth, the Christians loved their little ones and adopted the unwanted throwaways.

In today’s depraved sexual status quo, Christians don’t need to lecture the world about sex. We don’t need to raise our puritanical hackles and tut-tut about the naughtiness people get up to. We simply need to live out what we believe and choose the subversive alternative.

Others will see good, radiant marriages with happy, well-adjusted kids and say, “I want some of that!” The example will win them over to the subversive cause and also win some who do not believe to the Christian faith.

My advice to young couples is good advice for all. “Get married in church. Stay married. Have lots of kids. Home school them or put them in church school. Have an abundant life. Work hard at it and you will be blessed and you will bless others.”

Dwight Longenecker is finishing his latest book, Beheading Hydra: A Radical Plan for Christians in an Atheistic Age.