Battling America’s Demons: Will We Win or Lose? 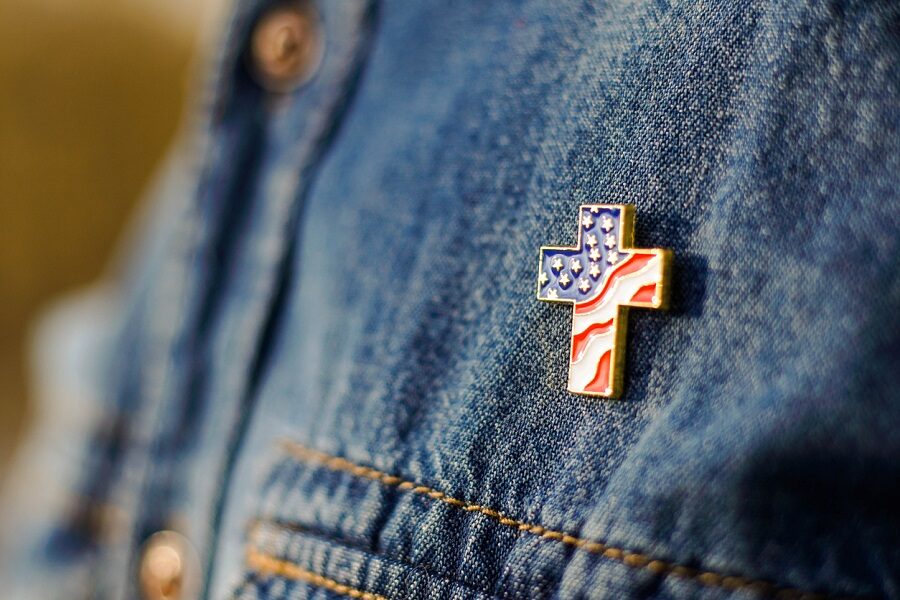 The enemy — the deceiver, the divider, the father of lies, death and destruction — has overplayed his hand. He has exposed himself as ugly. The effect of what he has sown in America has manifested in indescribable, dangerous, very visible, deadly acts. And every person with common sense and a mind to think is fed up and sick of it.

The fact we’ve reached this point of utter disgust over the destructive direction our once truly great, free nation is being led, has awakened those who recognize wisdom and the benefit of principled decisions, practices and policies. The stage is perfectly set here in the United States for the greatest supernatural spiritual awakening in history.

I encourage you to meditate on 2 Peter 1:3-8. Give earnest attention to the phrase he uses concerning God’s divine power granting us everything pertaining to “LIFE AND GODLINESS, through the true knowledge of Him who called us by His own glory and excellence.” Then I ask you to meditate on Romans 1:18-31. You will see clearly how God’s wrath is already revealed against those who refuse to glorify him as God and reject His word. They then foolishly change his word into a lie and are given over to uncontrollable appetites, demonic manipulation and defeat — ultimately leading to depraved thinking, unable to make sane, sound decisions. Paul calls it a reprobate mind. The chapter closes stating clearly that the population not only does those things, but gives hearty approval to those who do. This is the deadly political action we have been witnessing for decades.

Throughout the rest of the book of Romans, Paul makes it clear there is only one family that can make the necessary, positive, transforming impact on Planet Earth — and that’s His family, His body — the church. That can only happen when the family lives in the shelter and shadow of the Father — by choice — and desires the watch-care of the one Shepherd who can always lead us to green pastures, calm every storm and lead us through every dark valley.

If we get the family together to behave like the family of the perfect Father and the body of Christ to come together in supernatural unity with all of its diversity and beautiful, distinctive differences, then nothing is impossible. We can move mountains with the power of our relationship with God and one another through intercessory prayer. We don’t need to be perfect. We just need to be in unity and prayer.

God has always used less than perfect people to accomplish His perfect will. It’s easy to recognize that even the authors of the books of the Bible were imperfect people. Solomon, the one who shared some of the greatest wisdom, had 1,000 women. You’ve got to ask, “Why is that man even in the Bible, much less a model of wisdom?” Because he was flowing the wisdom of God he failed to live up to himself. It was still truth. Abraham, the father of our faith, had sex with his wife’s maid to help God give him a promised son.

In the New Testament, the disciples argued among themselves as to who was the greatest and who would sit the closest to Jesus on the throne. How egotistical can you get? Simon Peter, who boasted he was the one person God could always count on, not only went to sleep when he should have been praying with Jesus, he actually denied Jesus three times. He’s the last person any religious group would have allowed to preach the keynote sermon at Pentecost.

Saul of Tarsus, possibly one of the meanest men on the planet, attacked the family of God and the very name of Jesus and the very thought of Jesus — and yet he wrote the majority of the New Testament and became the most beautiful example of Christ in man and a man in Christ.

With the rapid decay of our nation, many Americans — including highly visible liberals — are reflecting on the great decisions, policies, practices and quality appointments made by a man few thought likely to be chosen to lead the United States in a positive direction. And that person was Donald Trump. Many who hated him are now expressing deep, sincere gratitude for the policies he put in place.

So what is the lesson we learned? The power of unity and prayer. It started when a few wise people like Ben Carson, Mike Huckabee and others I’ve known a long time actually believed you could get Mr. Trump to listen. They convinced a group of us faith leaders — who pray for the future of the country, understand freedom’s principles and know God uses imperfect people to accomplish His perfect will — to come together in supernatural unity.

These leaders were men and women of God who were highly successful in spiritual life and ministry but often had vast disagreement in some theological areas. They were all quite capable of taking their Bibles and proving from their point of view some of the others biblically wrong in certain areas. These men and women, in answer to the prayer of Jesus in John 17, came together in supernatural unity. I watched it.

I was one of the people who did not want to even meet with Donald Trump but who did because he invited me to and Ben Carson insisted on it. For five years, he received me openly, graciously — expressing gratitude and listening attentively and yes, changing his mind and some of his ways. (No, certainly not all of the ways.) Trump was able to grow and thrive because he welcomed and heard wisdom from a diverse group of faith leaders who literally risked their lives, futures and ministries to sit with the president sharing boldly the unadulterated, uncompromised truth in unconditional, redemptive love.

When he heard it and received it, the whole world was blessed by it.

The Importance of Speaking Truth to Power

Just as the Old Testament prophets and New Testament apostles did, these leaders also spoke truth to power. President Trump spent hours listening with undeniable respect. Over a period of five years, he often heard my sincere concerns several times a week. An unteachable person — particularly one as busy as the leader of the free world — would not normally pick up the phone. Trump not only picked up the phone, he listened attentively. As an answer to prayer, Donald Trump and his family have come to truly desire what is best for America’s future and the future of freedom. But that said, let me be clear: Donald Trump is not our hope for freedom’s future. No person is.

The Lord is freedom’s hope, and it is His truth and His principles upon which freedom’s future must be established, protected and preserved. Trump is anything but perfect. But he listened to wisdom shared by a group of leaders who interceded in prayer and loved one another in spite of their differences and diversity, just like the founders did. I know — I was there. We saw a miracle occur.

It can become an even greater miracle. It must be carried on the shoulders of true believers living in supernatural unity. God’s truth must be demonstrated and proclaimed in unconditional, redemptive love.

How Do We Correct Course

This is how we correct the awful, horrific actions we are witnessing. We come together in an answer to Jesus’ prayer. We allow God’s Word to shape us. We have a personal relationship with the living God and Father who created us, and we love one another with all of our imperfections and seek to share the principles that are unshakable and essential for freedom.

Those principles are proven historically irrefutable.

There will always be positive results when you build on those principles and horrific consequences when you don’t. You don’t even have to quote a Bible verse. Just look at history.

The stage is set right now to come together and correct our course — rapidly. We don’t pick targets as liberals and conservatives, Democrats and Republicans, or some other partisan group. We just identify the deception of the enemy and expose it.

We don’t pick on or make fun of defeated people. We love them. We lift them up. We treat them like the father of the prodigal.

I’m convinced he loved the boy as much in the pigpen as he did when he was at home. But the boy had to change his mind, repent and come home to enjoy the blessings and benefits of the father’s shelter and shadow. He did come home, and the father covered him. That’s the attitude we’ve got to have toward all the people we know are wrong.

We don’t change God’s truth into a lie to accommodate our failures or anybody else’s. We don’t beat people up with it. We let it shine through our lives like a radiant beacon. If we will do that today, we can help every candidate know the truth and adjust their own life to support the truth. Yes, we can!

We’re seeing a Supreme Court do that. The people who hate life and godliness want them dead. They want them destroyed. If you disagree with them, they want to destroy everything pertaining to life and godliness. Yes, they do. You’ve got to understand that. The only thing that will change this is the power of the resurrected Christ and the atoning power of the cross. If people don’t even know that power, they can at least see the effectiveness of it.

We can begin to see a true spiritual awakening this year, with full impact in 2024. We don’t have to win with bullets and anger. We can win with ballots, love and God’s wisdom.

We must ensure the honesty and integrity of the vote because wickedness — and those who don’t want life as God created it and godliness — will go to any extent to destroy it. (Don’t believe me? Read the Women’s Health Protection Act that Congress just tried to pass. Listen to the protesters outside Justice Samuel Alito’s home. Listen to the protesters who crashed Mass at the Cathedral of Our Lady of Angels in L.A.)

Freedom’s future will be protected and preserved by those who restore the principles of freedom and totally live to see God’s kingdom purpose fulfilled in His garden — Planet Earth.