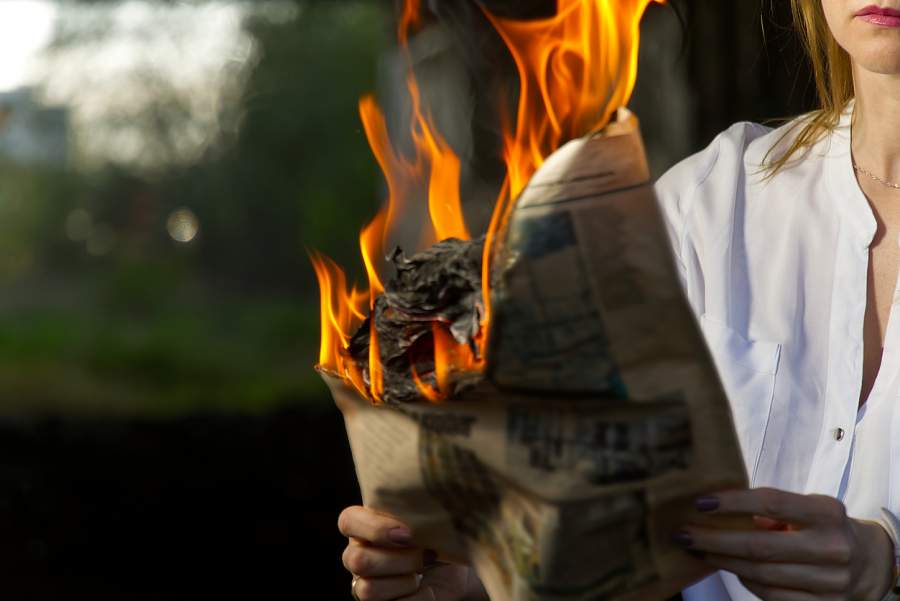 Bari Weiss has escaped the gulag.

The resignation of writer and editor Bari Weiss from The New York Times just shocked the journalism world. Weiss, a classical liberal, proved willing to hear conservative voices. She dropped this bomb in the form of a resignation letter:

Twitter is not on the masthead of The New York Times. But Twitter has become its ultimate editor. As the ethics and mores of that platform have become those of the paper, the paper itself has increasingly become a kind of performance space. Stories are chosen and told in a way to satisfy the narrowest of audiences, rather than to allow a curious public to read about the world and then draw their own conclusions. I was always taught that journalists were charged with writing the first rough draft of history. Now, history itself is one more ephemeral thing molded to fit the needs of a predetermined narrative.

Weiss claims she was harassed by other staff. They would not tolerate her willingness to air libertarian, conservative and religious voices. “My own forays into Wrongthink have made me the subject of constant bullying by colleagues who disagree with my views.”

Decades of Self-Hypnosis and Bias

This kind of blackballing by the media has been going on for decades. In the early 1990 I found myself blackballed by  The Washington Post. Then I watched years later as the paper tried to destroy me. Thanks to social media and direct competition from opposing talent, the Post’s hatchet men were revealed as incompetent frauds.

I was born in Washington, D.C., and raised in a journalism home. My father worked at National Geographic, just a couple blocks from the Post. In grade school we went on a field trip to the paper. I remember the holy solemnity we observed entering the brutalist environs of 15 and L. It was the sacred space of sages like Woodward and Bernstein. George Will, Richard Cohen, Meg Greenfield, Tom Shales, Sally Quinn, and of course editor Benjamin C. Bradlee were celebrities.

In the mid 1980s, my brother was a successful actor in Washington. He won the Helen Hayes Award, given to the region’s best actor. Sure, the award was great, and meeting celebrities at the after party was a thrill. But the next day he was on the front of the Style section in the Post. He had made it.

My Big Chance at the Big Leagues

Then came the day in 1989 when I got a call from the paper. I was working at a record store. I had written a letter complaining about an essay they’d run, and they liked my letter. So they wanted me to come in and talk. I was 25, and being invited into the sanctum sanctorum of American journalism. I met with the editors of the Outlook section — the Sunday op/ed part. They invited me to write “about whatever you want.”

Even as a literary device, allusions to Christianity were not acceptable.

I didn’t even feel my feet touch the sidewalk as I walked from the Post building to my dad’s office at National Geographic for a congratulatory lunch. David Ignatius was then the editor of the Outlook section. (He’s now a columnist for the paper. It turneed out that he’d announced that the Post should hire more “weirdos, misfits, outcasts.” He wanted folks who had something interesting to say, who could add sparks to the paper.

I did wind up writing several pieces for the Post, most often the Outlook section, over the years. I became more and more aware of what the parameters were. Nothing pro-life, nothing too blatantly Christian, nothing arguing about natural law or homosexuality. Editors made exceptions for performances of conservative switchback, like when Laura Ingraham wrote about her love for her gay brother.

In 1990 I had a concussive intellectual experience. It came from the book The Culture of Narcissism by Christopher Lasch. His astonishing critique of modern leftism and its novel cocktail of rage and psychological need changed the trajectory of my thinking. If made me seriously question my young radicalism. So of course, I ran up against the liberal orthodoxy at the Post.

The most striking instance? In 1994, when Outlook ran, at a full page, an op–ed/essay of mine about saving the Howard Theater. That’s one of the oldest historical black theaters in America. I went into detail about the history of the Howard, but something strange happened to my copy when I got to the 1960s. I had referred to the “moral and cultural collapse” that had destroyed the Howard and surrounding neighborhood. I recounted how drugs, rioting, and black racism had brought down that part of town.

The night before the paper came out, I got a call. My phrase “moral and cultural collapse” morphed into to “social upheaval.” Note: this was an editorial in the editorial section. So you’re suppose to be free to … editorialize a little. I let it go, and eventually started writing record reviews for the Style section.

I soon found another problem there. One album I reviewed reminded me of Easter imagery. So I noted that in the piece. It came back rejected. I simply removed the Easter reference and sent it to a different editor. It appeared two days later. Even as a literary device, allusions to Christianity were not acceptable.

In 1996, after my father died of cancer, I made a decision. I would write with total freedom, with all my soul, or not at all. Modern liberalism has no limiting principle, and I could see the future. The media was was hurtling towards a nightmare right out of Darkness at Noon. That means show trials, horrible and laughable mistakes, total ideological conformity, even violence.

A Juggernaut Headed Straight for a Cliff

There was no convincing anyone at the Post or the New York Times that such conformity would mean factual mistakes. Conversely there was no one on the right we could tell to pump the brakes when a story was not vetted. In the age of social media, the press is like a speed-balling addict.

A military metaphor is also useful: the press has become Xerxes in the movie 300. In it, the Persian dictator arrogantly crashes ahead with his army, convinced of his own godhood, not tolerating any resistance. Weiss’s letter is like the retort defiant Spartan king Leonidas gives to Xerxes:

The world will know that free men stood against a tyrant, that few stood against many, and before this battle was over, even a god-king can bleed.